Environmental infectious diseases are the focus of JHU's Fisher Center 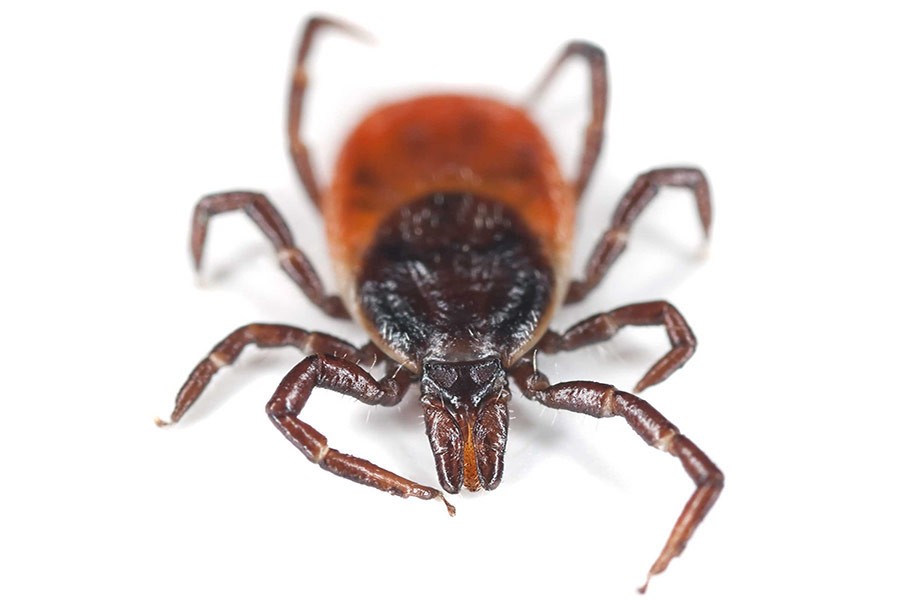 There you are on a crowded Hopkins shuttle when the freshman next to you suddenly sneezes. Congratulations, you just caught a cold—which you will discover in a few days time when your throat feels like you had broken glass for breakfast and now you are the one sneezing. Many infectious diseases come at us this way: from other people. But we can also pick up pathogens from, well, everything else—from the air, soil, and water; via animals; or courtesy of insects acting as "vectors," transferring infectious agents from one host to another. Think fleas, mosquitoes, and ticks.

Not to make you paranoid, but all the stuff around us in our environment can sometimes make us sick, whether you are standing in a filthy barnyard or in a seemingly spotless hospital surgical suite. The Johns Hopkins School of Medicine's new Sherrilyn and Ken Fisher Center for Environmental Infectious Diseases is all about developing a better understanding of how and why. Though barely a year old, it already is tackling important topics:

"This is not just a new center for infectious disease, which could be anything under the sun," says Fisher Center Director Paul Auwaerter, showing a reporter around the center's soon-to-open space on the university's East Baltimore campus, where for now the chairs are still wrapped in plastic and the stenciled name on the door is only half-finished. "The center was about a recognition that clinical environmental infectious disease studies are not really a well-funded area. The concept of the center was to bring together clinicians for clinical studies and to also have a funding mechanism for pilot studies."

Even within the field of environmental infectious disease, the Fisher Center's focus is on lesser-funded areas, says Auwaerter, who works with Yvonne Higgins, senior research director, as the center's only full-time staff. Malaria, for example, though spread by mosquitoes is unlikely to be a Fisher priority, as it is already the subject of significant research and the recipient of grant dollars around the globe.

An area that is of keen interest at the Fisher Center, however, is tick-borne illnesses, particularly Lyme disease, as there is some controversy over its diagnosis and treatment. Though the bacterium that leads to Lyme was first recognized in the early 1980s, breakthrough improvements in detecting the illness and treating its sufferers have been slow in coming. The center has recently started a retrospective analysis of the medical school's experiences with the tick disease, with an eye toward improving clinical practices and possibly determining if Lyme manifests itself differently in the Mid-Atlantic than in New England and Wisconsin, where it is much more prevalent.

"We are going to look at the experiences of everyone who presented for outpatient consultation for a potential tick-borne disorder between 2000 and 2013 and examine what kind of problems they had, if they truly had Lyme disease or another disorder, and what the outcomes were," says Auwaerter, who is an associate professor in the School of Medicine's Division of Infectious Diseases.

Ticks also figured in the inaugural round of five annual Fisher discovery grants of up to $50,000 given out last year. One of the grantees is using new molecular methods for examining blood samples taken from patients with suspected tick-borne disease to look for un- or underrecognized conditions resulting from tick bites.

From ticks to cows, another discovery award went to a team led by Christopher Heaney, an assistant professor in the Bloomberg School of Public Health, whose earlier research found that a drug-resistant strain of the bacterium Staphylococcus aureus (aka "staph") existed in the noses of workers at large-scale live­stock facilities in North Carolina where anti­biotics are reg­u­larly given to the animals. (Indeed, these workers possessed resistant versions of staph at twice the rate of livestock workers at facilities where the animals are not given antibiotics.) Many in the medical field have long been concerned that widespread and indiscriminate use of antibiotics could be facilitating the creation of multidrug-resistant bacterial strains.

"My Fisher Center project will focus on a longitudinal study with livestock workers to assess their potential occupational exposure to drug-resistant S. aureus," Heaney says. "For the multidrug-resistant strains that we observe—meaning they are resistant to three or more antimicrobial classes—we will characterize the isolate's genetic and virulence properties using whole genome sequencing methods."

The livestock workers were not suffering from staph infections when their noses were swabbed, but could be if they become ill or weakened, or require hospitalization. "It complicates things when a lot of traditional antibiotics may not be effective, and people can get sicker before they are on effective therapy," Auwaerter says.

If through repeated exposure to antibiotics strains of bacteria may develop a resistance to the drugs, so too might bacteria develop resistance to antiseptics (especially these days, when antimicrobial wipes and cleansers are common consumer products). A third Fisher grantee, Aaron Milstone, an assistant professor in the School of Medicine, is looking at the antiseptic chlorhexi­dine, which recent studies have shown can dramatically reduce infections in intensive care pa­tients who are bathed head to toe with it daily. Johns Hopkins is among an increasing number of hos­pitals now performing this precautionary procedure.

"That's putting a lot of pressure on a lot of different bacteria in the hospital every day," Milstone says. "We are setting up a surveillance study to start monitoring whether certain infections in patients are being caused by bacteria that have resistance to these antiseptics. We are changing the microbial ecology in the hospital, and are we going to see bacteria pop up that are resistant to not only antibiotics but antiseptics as well? It's hard to get funding for such adverse-event monitoring, so this Fisher grant is a really nice opportunity to look at this question."

"Hopkins has always led transformational change in medical science," says Ken Fisher, who together with his wife gave $7.5 million to help launch the center. (His grand­father, Arthur Fisher, was a member of the School of Medicine's third graduating class.) "Some problem realms have been deeply and well mined, while others require major, expensive, long-lead-time breakthroughs.

Nudging clinical research, particularly in environmental infectious disease, where multiple factors compound onto each other, may be one way to further Hopkins' transformational tradition at relatively minimal cost and time, and with materially above-average efficiency. Funding this discovery program is a way for us to try to leverage funds for maximum social benefit within the foreseeable future."

And, hopefully, take some of the terror out of tick bites along the way.