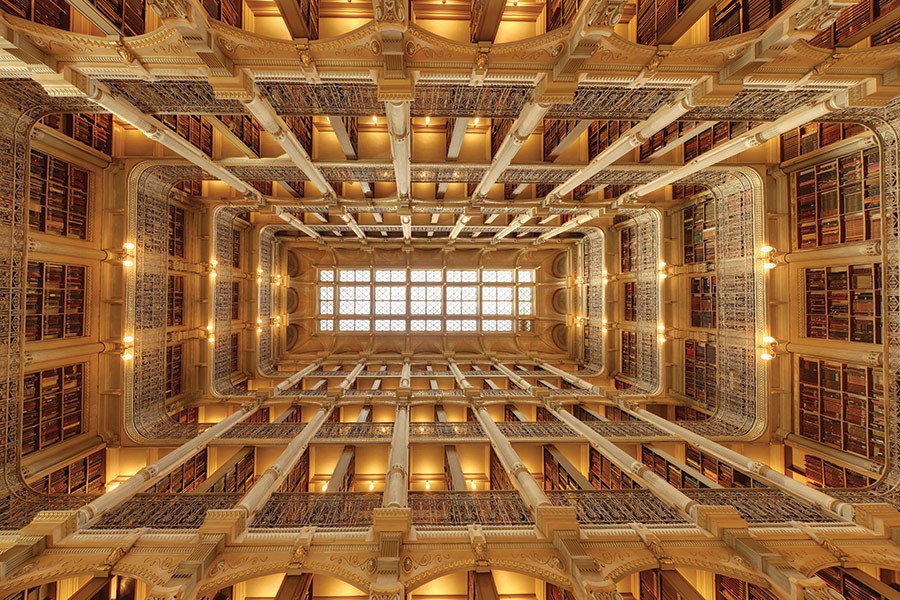 Image caption: September 27 // The George Peabody Library is the place to find all things Johns Hopkins at the three-day Baltimore Book Festival, which runs from noon on Friday to 7 p.m. on Sunday (full schedule available at http://baltimorebookfestival.com). Look here for the JHU Press/Ivy Bookshop book sale, talks by JHU Press authors, and presentations of special collections belonging to the library.

You may know him as Darryl Philbin on The Office, but actor/comedian Craig Robinson has taken on many roles. Tonight, he adds another to his resume: first speaker in this year's Milton S. Eisenhower Symposium, the theme of which is Learning From Experience: The Path Ahead for Generation Y. 8 p.m., Shriver Hall, Homewood.

The title of Mark Rosenberg's new book, Eating My Feelings, lets you know you're not in for an ordinary read. The author visits Barnes & Noble Johns Hopkins to talk about his collection of funny essays that skewer his struggles with weight and body image, both as a kid in the 1980s and as a gay man in the 2000s.

The School of Nursing's Anne M. Pinkard Building and its courtyard are the setting for the second annual An Evening With the Stars, which brings together Johns Hopkins nursing practitioners, faculty, and students, and their families, friends, and fans to celebrate nurses chosen by their peers and supervisors as shining examples of their profession. $65, $40 young alumni in classes 1998-2013. RSVP by Sept. 10 to Sheila Love at slove1@jhu.edu or 410-502-7520.