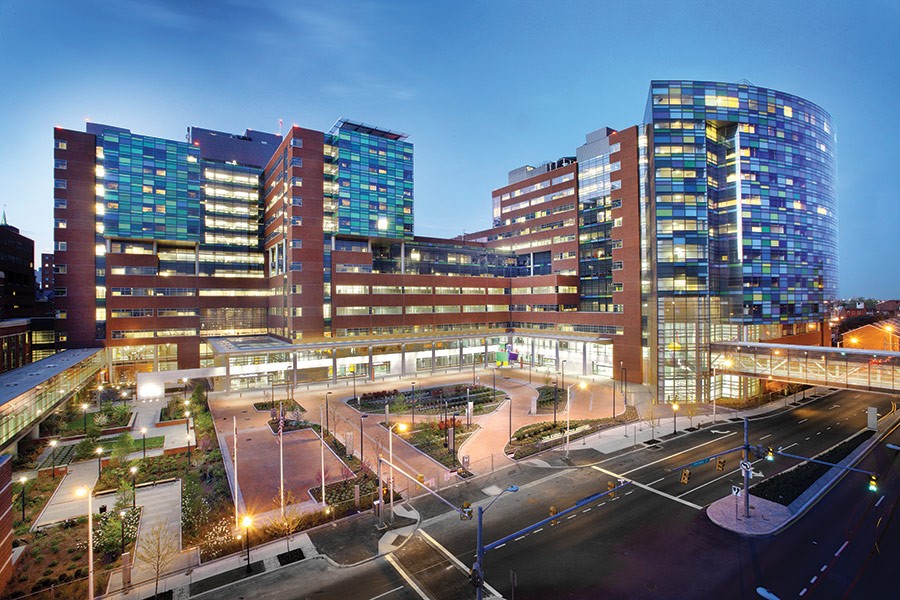 The Johns Hopkins Children's Center wasn't the first pediatric hospital in the United States, but it was a true pioneer. The opening 100 years ago of the Harriet Lane Home for Invalid Children—with its commitment to pairing research and teaching with clinical care—signaled a true shift in the care of children and effectively led to the birth of academic pediatrics in this country.

It's a mission that endures today, one that continues to train innovators and leaders in their fields. At this 100-year milestone, Children's Center luminaries reflect on the dedication to innovation, research, and training that defines pediatrics at Johns Hopkins.

"It's ingrained in the DNA of the institution and the old Harriet Lane home," says Beryl Rosenstein, former vice president for medical affairs at the Johns Hopkins Hospital and former director of the Johns Hopkins Cystic Fibrosis Center. "The inpatient care areas were on the second, third, and fourth floors, and the fifth floor was for the research labs. There was a very close proximity and integration of researchers and teachers into the clinical program. It was a unique situation; people weren't traveling building to building. It was all right there."

"The model we take for granted now originated with the School of Medicine but expanded into pediatrics at a very important time," says Dover, adding that there was no precedent in the United States. The original Harriet Lane Home has since been replaced, first with the Children's Medical and Surgical Center and then with the state-of-the-art facility of the Charlotte R. Bloomberg Children's Center, which opened its doors in 2012, precisely 100 years after the Harriet Lane Home.

Equally important were teaching residents and training future pediatric leaders, says Jerry Winkelstein, onetime chief resident and former director of the Allergy and Immunology Division. "There was an expression years ago that Hopkins trains physicians for other places, and a measure of Hopkins' success is how many people have gone on to contribute to other institutions."

Residents were given a tremendous amount of autonomy and responsibility early in their training, recalls Rosenstein. That freedom and exposure to great researchers contributed to the creation of countless high-caliber leaders in pediatric medicine. Numerous colleagues from Rosenstein's residency class in the early 1960s continued on to become department chairs, division heads, deans, and national leaders in pediatrics, he says. "The overall history of the institution and its founders and the early leaders was that this was a place that really produced people on the cutting edge," he adds.

Clinicians were hired at the Children's Center to fill full-time jobs in research, teaching, and patient care, Dover notes. Decades ago, in many cases there wasn't a lot that could be done for children suffering from illnesses that had few, if any, treatment options. There wasn't the level of treatment that exists today, so clinicians saw opportunities to make important discoveries. "People who were hired were hired to change medicine," he says.

Furthermore, the Children's Center was fulfilling the clinical needs of children that weren't being met at other institutions, Winkelstein says. For example, physicians were developing and performing innovative new treatments in congenital malformations of the heart and for rickets, as well as using new antibiotics for the then common childhood infections. The immune deficiencies program was for many years the only one of its kind between Philadelphia and Washington, D.C., he says, and other area hospitals weren't doing pediatric dialysis. It is part of the original charter of the hospital that it would serve any and all patients, he notes, and of course that large patient population fed into the research and training aspects of the institution.

Most notable is the famous "blue baby" surgery first performed in 1944 by surgeon Alfred Blalock and devised in tandem with pediatric cardiologist Helen Taussig and surgical technician Vivien Thomas. The operation, performed on babies with oxygen-starved blood that gave them a characteristic blue hue, corrected a then fatal severe congenital heart malformation known as tetralogy of Fallot.

Edwards Park, director of the Harriet Lane Home from 1926 to 1946, helped define rickets, a very common bone disease at the time, identifying it as the result of calcium abnormality and vitamin D deficiency. Other clinicians pioneered treatments in common pediatric ailments such as seizure disorders, sickle cell disease, and lead poisoning.

Park also championed a perhaps less glamorous innovation in pediatric medicine: the development of subspecialties. He recognized that pediatric medicine needed expertise in specific areas, which further reinforced innovation and the desire to change medicine, Dover notes. Park tapped leading clinicians who began to define subspecialties such as pediatric cardiology, endocrinology, and urology, to name a few. He selected Taussig as the first chief of Pediatric Cardiology.

"That was a new concept," says Alex Haller, the first chief of Pediatric Surgery at Johns Hopkins and a pioneer in pediatric trauma, adding that subspecialties also emerged in pediatric surgery. "Many clinical professors that take care of sick patients also have an interest and base of knowledge in a research area. By focusing on just the area of pediatric urology, you could expect that we would make tremendous advances, and it happened."

Behind the scenes, the nursing staff was similarly dedicated to the mission of providing compassionate care for the pediatric patients and support for their families.

"I think of the people," Polly Hesterberg, former director of Pediatric Nursing, says when reflecting on the Children's Center's legacy. "It truly was, and I am sure still is, a staff of highly committed people." There was a strong feeling, she says, of pride among staff, who knew they were working at an incredible institution where innovation and research were such high priorities.

Creating a comfortable and loving atmosphere was also a top priority for the nursing staff, says Hesterberg, who started her career there in 1961. Several decades ago, parents' involvement in care, and even visitation, was quite limited, leaving the nursing staff to shoulder much of the emotional care for the sick children.

Maintaining a focus on innovation and research into the future will depend, much as it did in the past, on faculty. Bringing clinicians and academics dedicated to their field of study into a fertile environment supportive of such innovation in patient care will allow the Children's Center to continue its legacy, Rosenstein says.

"The people that you bring in and put in an environment with good facilities and a lot of collaborative integration across the schools—that's what does it," he says. Some pediatric facilities have veered from their focus on research and innovation in favor of building up their income-generating clinical practice. Yet the Johns Hopkins Children's Center has stayed steadfastly focused on the original mission of combining research, teaching, and clinical care, he notes.

Maintaining that priority will, however, become increasingly difficult in the future, as competing forces in health care cause reductions in research funding and push institutions to cut certain services. Fewer physicians will see the sustainability of pursuing a career in research and teaching rather than private practice that can be far more lucrative, Winkelstein says. "There is more and more polarization between people who do basic lab research and the people seeing patients," he says. "It's more and more difficult to do both. It's more and more competitive to get research funded, and if you don't devote yourself to it and [you] have large clinical needs, it's more difficult to get funding for the research."

Even in the face of those challenges, luminaries expect the Children's Center to continue to be a leader in pediatric medicine. For example, the area of genetics and genes' relationship to the environment is ripe for exploration, says Dover. The work of Barton Childs, a pediatrician and geneticist who spent his career at Johns Hopkins, laid the foundation for future research into understanding the interaction between genes and the environment, and pondering the antecedents of adult diseases far before they appear.

The next century, Dover says, will be dedicated to "broadening our view that pediatricians aren't just responsible for pediatric diseases but also adult diseases that can be detected in pediatrics and may be prevented.

"Innovation in pediatric research, training, and clinical care will continue to focus on the health of children," Dover says, "but it will also make tremendous strides in the early diagnosis and treatment of the most common disorders of adult health."