Johns Hopkins University astrophysicist Charles L. Bennett has been selected to receive the 2013 Jansky Prize for his leadership in the establishment of precision cosmology through studies of the Cosmic Microwave Background radiation. 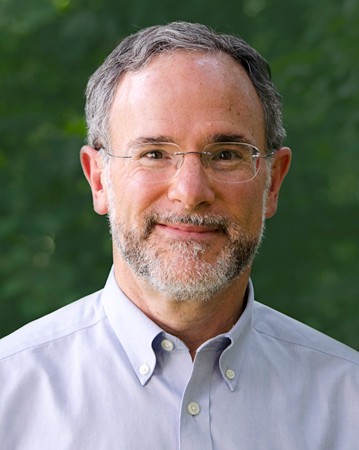 The Karl G. Jansky Lectureship was established in 1966 to recognize outstanding contributions in the advancement of radio astronomy. The National Radio Astronomy Observatory, an affiliate of the National Science Foundation, sponsors the prestigious award. Previous Jansky lecturers have been some of the most renowned astrophysicists in the history of the field and include numerous Nobel Prize winners, including Subrahmanyan Chandrasekhar, William Fowler, Joseph Taylor, and Arno Penzias.

Bennett will lecture in the coming months at NRAO facilities in Charlottesville, Va.; Socorro, N.M.; and Green Bank, W.Va.

Bennett's research is in the area of experimental cosmology, building instruments and telescopes for the observational study of the origin and evolution of the universe. His work studying Cosmic Microwave Background radiation has brought international recognition. CMB is the afterglow from an early stage of the development of the universe, and its presence supports the Big Bang theory of cosmology.

For the last two decades, he has led the Wilkinson Microwave Anisotropy Probe mission. WMAP was competitively selected by NASA in 1996, was launched in 2001, and ended operations in 2010. The mission revolutionized our view of the universe and helped establish a standard cosmological model that explains a diverse collection of astronomical observations by quantifying the age, content, history, and other key properties with an unprecedented level of accuracy and precision.

Bennett is currently building the Cosmology Large Angular Scale Surveyor, an instrument designed to test the 'inflation' theory of the first trillionth of a trillionth of a second of the universe. Gravitational waves are generated in the first moments of the universe. These gravitational waves, in turn, leave their imprint in the spatial polarization pattern of the cosmic microwave background. CLASS is designed to search for this pattern polarization. The instrumentation will be located near the Atacama Large Millimeter/submillimeter Array Observatory in Chile.