Jeffrey Sharkey, director of the university's Peabody Institute since 2006, has been appointed the next principal of the Royal Conservatoire of Scotland, one of that country's leading performing arts institutions and venues. Sharkey, who announced in May that he would not seek another term as Peabody's director, will succeed John Wallace, who will retire in 2014. 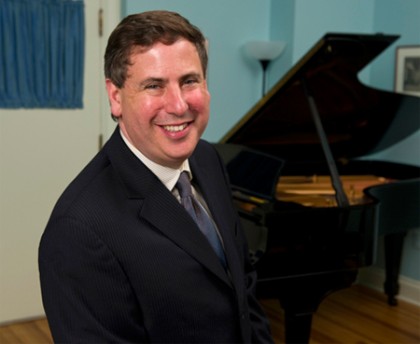 "I have many wonderful memories of our students and colleagues to carry with me," Sharkey wrote in a message to Peabody faculty, staff, and students, "and it has been an honor and pleasure to serve as director of the Peabody Institute these past eight years."

"I am grateful for Jeff's dedication to Peabody and to Johns Hopkins, for his commitment to increasing faculty support and student aid, and for his efforts to enrich the lives of Baltimore's residents through music," President Ronald J. Daniels says. "Jeff has been a wonderful university citizen, and we all wish him well as he broadens his impact on the performing arts."

Sharkey plans to remain as Peabody's director for now and will work with a search committee to identify a successor.

"Jeff's guidance will be invaluable as we search for Peabody's next leader," Provost Robert Lieberman says. "I'm grateful for his continued dedication, even as he looks ahead to this exciting new challenge."

Before joining Peabody, Sharkey had been dean of the Cleveland Institute of Music since 2001, serving as the chief academic officer of its college division. He was director of music at the Purcell School in London from 1996 to 2001, and head of Composition and Academic Music at Wells Cathedral School, also in England, from 1990 to 1996. Sharkey is a 1986 graduate of the Manhattan School of Music and earned a Master of Music degree in composition from Yale University in 1988 and a Master of Philosophy from Cambridge University a year later.