Katherine A. Ates, the top aide to Sen. John D. "Jay" Rockefeller IV, a West Virginia Democrat, has been appointed vice president and chief of the president's staff at Johns Hopkins. Ates, who goes by "Kerry," will join the university on Jan. 1. 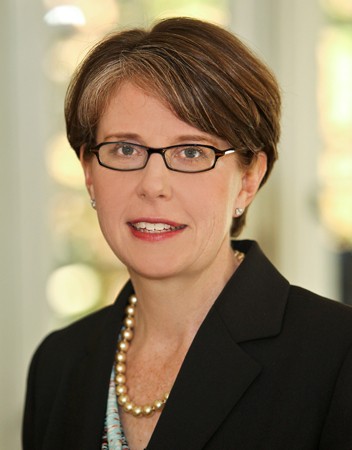 "Kerry Ates is an exceptional leader and manager," says university President Ronald J. Daniels, who recommended her appointment by the board of trustees. "She will be an outstanding partner to me and the entire senior leadership of Johns Hopkins in advancing our university's priorities and supporting the work of our faculty, students, and staff."

Ates has worked for Rockefeller since 1997, originally as general counsel and since 2003 as chief of staff. In that role, she manages a $3.5 million annual budget and more than 50 staff members in Washington and West Virginia offices. She is also the five-term senator's top adviser on policy issues, including health care, telecommunications, intelligence and national security, the economy, taxation, and transportation. She also is lead adviser on political and philanthropic matters. She has been Rockefeller's campaign director since 2003 and is also senior adviser to the Blanchette Rockefeller Neurosciences Institute, a research center based at West Virginia University with additional laboratories at Johns Hopkins.

"I am lucky to have had the chance to work with Kerry Ates for the past 15 years," Rockefeller says. "She has flawless judgment and integrity, and brings to her work an openness that builds loyalty and trust. I will greatly miss Kerry in the Senate, but I am so pleased that Johns Hopkins and its important work will have the benefit of her abilities going forward."

In her new role, she will serve as a top adviser and as Daniels' liaison to key groups inside and outside the university. She will help to anticipate and manage important issues and direct the work of the president's office and staff.

"Johns Hopkins is a standard-bearer among the world's leading academic and research institutions," Ates says, "and I am thrilled to be joining President Daniels and the entire team in carrying out the university's enduring mission in education and public service. The opportunity to become a part of the Johns Hopkins community represents both a professional and personal honor, and I look forward to the work that lies ahead for me in Baltimore."