Roy Ziegelstein has been named vice dean for education at the School of Medicine. In this role, he will oversee the undergraduate, graduate, residency, postdoctoral, and continuing medical education programs, as well as the Welch Medical Library. 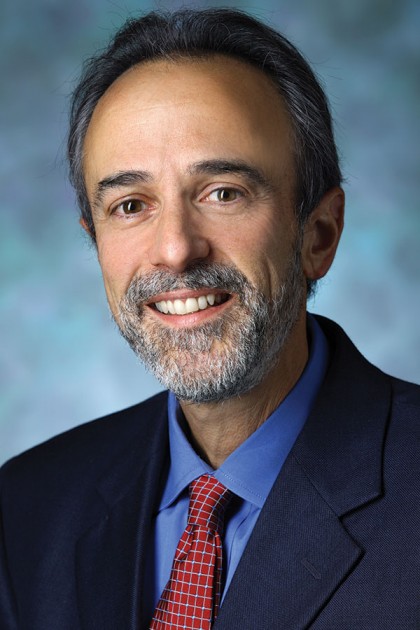 In making the announcement, Paul Rothman, dean of the school and CEO of Johns Hopkins Medicine, said that Ziegelstein is ideally qualified for the position. "Not only is Roy an internationally recognized expert on the relationship between depression and cardiovascular disease, and a superb physician renowned for his sensitivity and skill at doctor-patient communication, he also is devoted to educating the next generation of physicians," says Rothman.

Ziegelstein, who has spent his entire professional career at Johns Hopkins, is the Sarah Miller Coulson and Frank L. Coulson Jr. Professor of Medicine. He has served as the school's senior associate dean for faculty development and as executive vice chairman of the Department of Medicine at the Johns Hopkins Bayview Medical Center, where he also has been deputy director for education.

His many roles in medical education include serving for nearly a decade as director of the Internal Medicine Residency Program at Johns Hopkins Bayview, where he also is co-director of the Aliki Initiative, a novel program that teaches residents and students the importance of knowing patients as individuals in order to provide optimal care. Ziegelstein also developed an innovative course called Transition to Residency and Internship and Preparation for Life, which teaches medical students the attitudes and skills necessary to provide compassionate, patient-centered medical care and prepares them for residency and professional life.

In 2004, Ziegelstein became the inaugural Miller Family Scholar, an honor created by the family that later would help fund his named professorship, for his work on doctor-patient communication. In addition, from 2004 through 2010, he served as director of the cardiovascular disease group in the NIH-funded Johns Hopkins Center for Mind-Body Research.

Ziegelstein has written extensively on how medical students can improve their efforts to attain the residencies they want, and has won many teaching awards. He is a five-time recipient of the school's George J. Stuart Award for Outstanding Clinical Teaching, as well as the Professor's Award for Distinction in Teaching in the Clinical Sciences. He has also been honored by the American College of Physicians with both its Theodore E. Woodward Award for Medical Education and its C. Lockard Conley Award for contributions to resident education and research. In addition, he is a Master of the American College of Physicians, the organization's highest honor.

A native of New York City, Ziegelstein came to Johns Hopkins as an intern in 1986 after receiving his medical degree from Boston University, where he was inducted into the Alpha Omega Alpha Honor Medical Society. He rose to assistant chief of service on the Osler medical house staff—earning the Daniel Baker Jr. Memorial Award for Patient Care—before completing a fellowship in cardiovascular disease at Johns Hopkins and the National Institutes of Health.

Ziegelstein joined the Johns Hopkins faculty in 1993 as an assistant professor and became a full professor in 2006. He was named the inaugural recipient of the Coulson professorship in 2011 and shares the vision of its creators that it be used to develop more physicians who understand and appreciate the importance of knowing patients as individuals.

He succeeds David Nichols, who was named the inaugural vice dean for education in 2000 and left Johns Hopkins in September 2012 to become president and CEO of the American Board of Pediatrics.