Mark B. Rotenberg has been named vice president and general counsel for the Johns Hopkins University, President Ronald J. Daniels announced April 8. In this capacity, he will report to the president and be responsible for all university legal matters, including providing legal advice to the board of trustees, deans, senior leadership, faculty, and staff on matters affecting the university and its divisions. 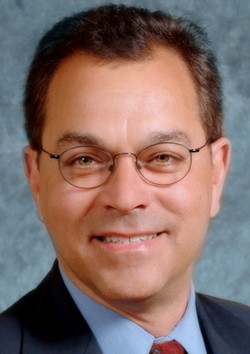 Rotenberg, who was selected after a comprehensive national search, will assume his new role on June 3.

"Mark brings to the position unparalleled experience in higher education law," Daniels said, noting that Rotenberg has served for more than 20 years as general counsel at the University of Minnesota, which is ranked among the nation's top 10 public research universities in total research expenditures.

Rotenberg's professional experience at Minnesota has been "all-encompassing," Daniels said. As the university's chief legal officer, he provides legal counsel to the board of regents, president, executive vice president and provost, chancellors, deans, and other university officers, and participates in universitywide policy development and decision making as part of the president's executive leadership group. In addition, he and his team regularly handle matters related to sponsored research; technology licensing and commercialization; employment and labor relations; HIPAA, FERPA, and other privacy laws; construction law; real estate transactions; tax issues; board governance; conflicts of interest and ethical conduct; international law; immigration; sports law; and NCAA rules compliance. He also supervises all legal affairs of the six colleges comprising the University of Minnesota's Academic Health Center.

He also holds a faculty position in the University of Minnesota's law school.

Among Rotenberg's many career accomplishments is a 2001 case he argued successfully before the U.S. Supreme Court. He has had numerous other successful appearances before federal and state courts as well. As general counsel at Minnesota, he developed one of higher education's few in-house patent law programs and saved the university millions of dollars in pursuing patent protection for researchers' technologies in the United States and abroad.

Rotenberg earned his bachelor's degree in politics and American history at Brandeis University and his JD, MPhil, and MA degrees from Columbia University's joint program in law and American history. He served as editor of the Columbia Law Review and clerked for Judge Patricia Wald on the U.S. Court of Appeals for the D.C. Circuit. Subsequently, he served for four years in the U.S. Department of Justice's Office of Legal Counsel before returning to his native Minnesota. There, he entered private practice, becoming a partner at Dorsey & Whitney. In 1992, he was appointed general counsel of the University of Minnesota.

He is a member of the American Law Institute and a frequent speaker at conferences and meetings of college and university attorneys. He also has served in leadership roles for numerous political, educational, and religious nonprofit organizations.

"I have no doubt our university community will find Mark as I've found him: professional and energetic, with a strong legal mind and impressive leadership qualities," Daniels says. "He will be a welcome addition to our senior leadership team."