Ferrari shares advice for effective leadership in his new book

So you want to be a more effective leader? Bernard Ferrari, dean of the Johns Hopkins Carey Business School, has one nutshell bit of advice: Open your ears and close your mouth. 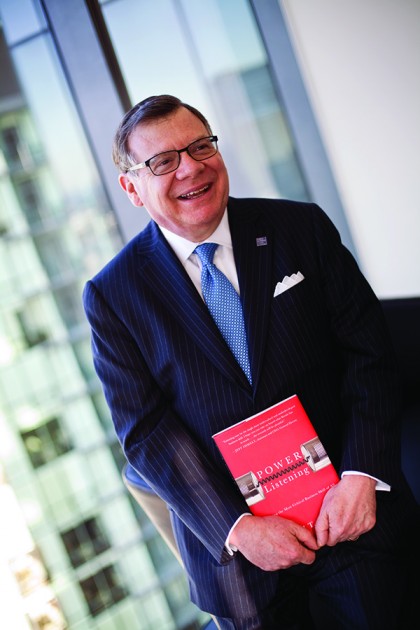 Image caption: Bernard Ferrari, dean of the Carey Business School, admits that he knows so much about bad listeners because he was one himself as a young health care executive.

"Listening and talking are obviously quite related," he says. "I just feel that the latter is overdone, and the former is not done very well."

Of course, there is a lot more involved in honing your hearing, as he spells out in his book Power Listening: Mastering the Most Critical Business Skill of All. And it seems his listen-to-lead message is starting to be heard. Power Listening, released last spring, was chosen from among more than 3,000 titles as one of the top 10 business books of 2012 by wealthmanagement.com, a popular financial website.

Employing the word "power" in the title quickly challenges the prevailing notion that listening must be a passive act, forever playing second fiddle to talking. "Most of us are oriented toward talking because we think it demonstrates our capabilities, and we think it's the most powerful lever in terms of getting action or solving problems," Ferrari says. If there is a dominant paradigm for how a powerful leader looks and behaves, Ferrari suggests it might be famed World War II Gen. George Patton as depicted by George C. Scott in his Oscar-winning film portrayal of Patton giving a blustery speech while strutting across a flag-draped stage with a swagger stick.

Motivational speeches have their place, the dean asserts, but power listening is more about what happens before the rousing rhetoric. "What fed the speech?" Ferrari asks. "What did he learn, and where did he change his mind? How did he form his opinions?" This process of gathering and assessing incoming information has more to do with eardrums than swagger sticks.

The book describes six archetypes of bad listeners, including the Opinionator (he looks like he's listening, but his opinions are already formed), the Grouch (she comes into a conversation with a clear mind-set: You are wrong), and the Answer Man (he starts shooting out solutions before all the information is in). Ferrari—who holds MD, JD, and MBA degrees and began his career as a surgeon—admits that he knows so much about bad listeners because he was one himself as a young health care executive. "I'm a sinner who found religion," he says. "I started to realize my poor listening was compromising my ability to lead." Later, as a high-end business consultant, Ferrari worked alongside some of the most prominent CEOs in the country, discovering how they use listening to lead.

Power listening is all about constantly evaluating what you are hearing, unearthing the underlying assumptions in a discussion, and discerning if they should be challenged. Ferrari has even developed a system for organizing incoming information into a sort of mental file cabinet. Speaking is a component of the power listening process, he says, but it's just not that large a one; a ratio of 80 percent listening to 20 percent speaking is ideal.

"This can be very powerful because I usually use the time to talk to ask the killer question and attempt to be the master of the question, and that question can be so much more powerful in terms of leadership and in pushing the problem-solving ball up the hill than any statement I could make," Ferrari says.

Learning to be a better listener is a lifelong process, and Ferrari says he still backslides now and again. And for all its importance in the business world, effective listening is not something that can be readily taught in a classroom—so don't look for a Power Listening 101 course. "It is one of those skills perhaps best demonstrated and practiced every day," Ferrari says.

"I have to watch out at home that I turn my power listening off sometimes," he adds. "I might be in problem-solving mode when someone just wants me to be understanding and empathetic." 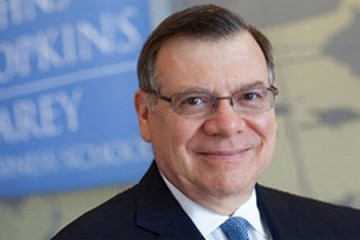