In laboratory studies, scientists at the Johns Hopkins Kimmel Cancer Center have developed a way to personalize chemotherapy drug selection for cancer patients by using cell lines created from their own tumors. 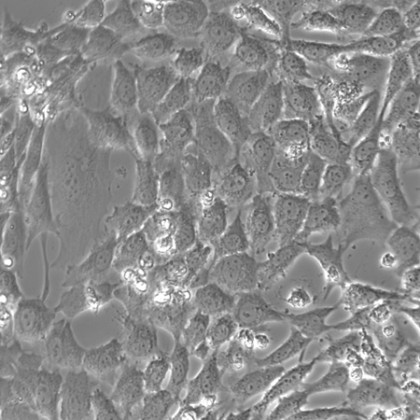 If the technique is successful in further studies, it could replace current laboratory tests to optimize drug selection that have proven technically challenging, of limited use, and slow, the researchers say.

Oncologists typically choose anti-cancer drugs based on the affected organs' location and/or the appearance and activity of cancer cells when viewed under a microscope. Some companies offer commercial tests on surgically removed tumors using a small number of anti-cancer drugs. But Anirban Maitra, a professor of pathology and oncology at the Johns Hopkins University School of Medicine, says that the tissue samples used in such tests may have been injured by anesthetic drugs or shipping to a lab, compromising test results.

By contrast, he says, "our cell lines better and more accurately represent the tumors and can be tested against any drug library in the world to see if the cancer is responsive."

The Johns Hopkins scientists developed their test-worthy cell lines by injecting human pancreatic and ovarian tumor cells into mice genetically engineered to favor tumor growth. Once tumors in the mice grew to 1 centimeter in diameter, the scientists transferred the tumors to culture flasks for additional studies and tests with anti-cancer drugs.

In one experiment, they successfully pinpointed the two anti-cancer drugs from among more than 3,000 that were the most effective in killing cells in one of the pancreatic cancer cell lines. A report on the success was published online Jan. 22 in the journal Clinical Cancer Research.

The new method was designed to overcome one of the central problems of growing human tumor cell lines in a laboratory dish: the tendency of noncancerous cells in a tumor to overgrow cancerous ones, says James Eshleman, a professor of pathology and oncology and associate director of the Molecular Diagnostics Laboratory at Johns Hopkins. As a consequence, it has not been possible to conventionally grow cell lines for some cancers. Still other cell lines, Eshleman says, don't reflect the full spectrum of disease.

To solve the problem of overcrowding by noncancerous cells, Maitra and Eshleman bred genetically engineered mice that replace the noncancerous cells with mouse cells that can be destroyed by chemicals, leaving pure human tumor cells for study. "Our technique allows us to produce cell lines where they don't now exist, where more lines are needed, or where there is a particularly rare or biologically distinctive patient we want to study," Eshleman says.

For 30 days, they watched the effects in living mice of the two drugs and a control medicine on tumors grown from implanted cells derived from Panc502 and an additional pancreatic cell line, Panc410. They measured the size of tumors twice a week. Both drugs demonstrated more activity in reducing the tumor appearance and size in Panc502 than in Panc410, supporting the notion that the cell line technology may better predict sensitivity to the two drugs.

The investigators have given one type of their genetically engineered mice to the Jackson Laboratory in Bar Harbor, Maine, a mouse genetics research facility, for breeding and distribution to other laboratories and are looking to partner with a company to distribute two other types.

Sherri Rauenzahn, a study co-author; Maitra; and Eshleman may receive royalty payments if the mice are licensed, and Eshleman is an advisory board member for Roche Molecular Diagnostics. These relationships have been disclosed and are under the management of the Johns Hopkins University School of Medicine Conflict-of-Interest Committee.