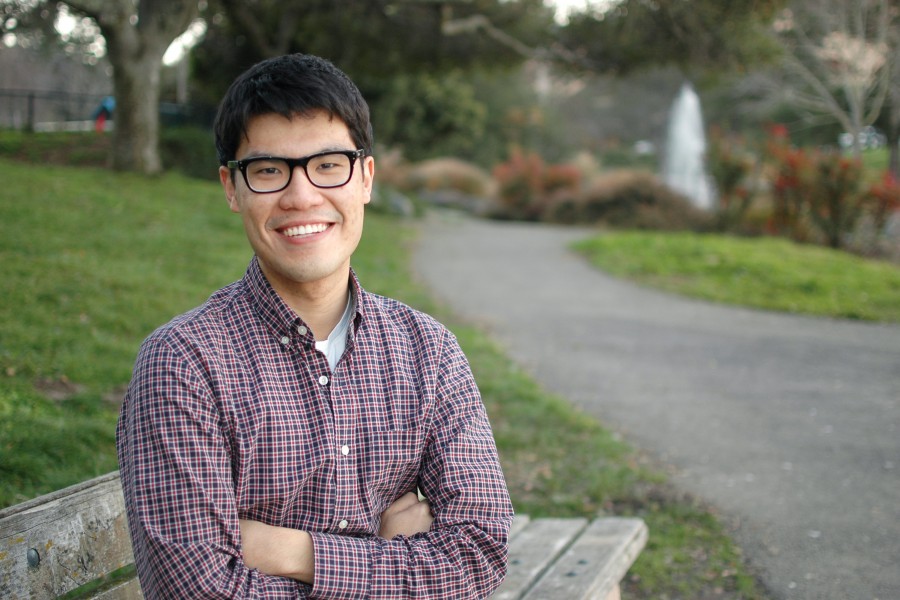 Two Johns Hopkins seniors, Tiras Lin and Lay Kodama, are among the 14 students nationwide who have been selected as Churchill Scholars by the Winston Churchill Foundation of the United States. The scholarship, for study at the University of Cambridge in England, is awarded to students who have demonstrated a capacity to contribute to the advancement of knowledge in the sciences, engineering, or mathematics by completing original, creative work at an advanced level. The foundation provides full tuition and fees as well as a stipend for living expenses and travel. 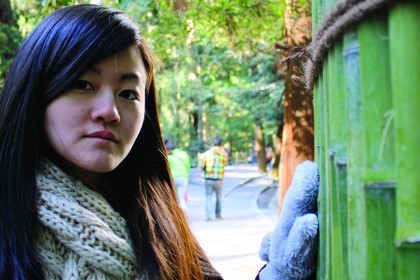 Lin, who is from San Rafael, Calif., is on track to earn his bachelor's degree in mechanical engineering from the Whiting School of Engineering in May. He will conduct research with Colm-cille Caulfield of the Cambridge BP Institute for Multiphase Flow, a multidisciplinary research institute hosted by the Department of Earth Sciences. Lin plans to use photography to study the fluid dynamics of buoyant convection; in particular, the turbulent plumes that develop when fluids of varying densities interact. He anticipates that this work will offer practical insight into a range of industrial mixing and hazard analysis processes, such as the study of gas flows in mine shafts.

Lin has dedicated much of his time outside the classroom to research projects. He is a recipient of one of the university's Provost's Undergraduate Research Awards, and a great deal of his work springs from his longtime interest in photography. During his freshman year, his skill behind the camera helped him land a spot as a research assistant on a team led by Rajat Mittal, a professor of mechanical engineering. His keen interest in studying insect flight patterns, coupled with his photography skills, made him a strong candidate for the position, which required him to set up a high-speed videography laboratory. Funded by U.S. defense agencies, the team's research supports the development of bug-size fliers to carry out reconnaissance, search-and-rescue, and environmental monitoring missions without risking human lives.

Lin is the lead author of a paper discussing butterfly flight maneuvers published in Bioinspiration & Biomimetics in October 2012. He has presented some of his findings about butterfly flight patterns at two regional meetings of the American Institute of Aeronautics and Astronautics, an annual conference of the American Society of Mechanical Engineers, and the 2011 annual meeting of the American Physical Society's Division of Fluid Dynamics. In 2012, he was awarded the Johns Hopkins Charles A. Miller Award, which recognizes outstanding achievement by an undergraduate in mechanical engineering.

After the conclusion of his Churchill Scholarship, Lin plans to continue studying fluid dynamics in a PhD program. He also hopes to pursue his future research from the point of view of popular culture and write science articles for broad audiences.

Kodama, who is from Columbus, Ohio, has already completed the course work for her bachelor's degree from the Krieger School of Arts and Sciences, majoring in neuroscience with a minor in the Writing Seminars, and will receive her degree in May.

At Cambridge, she will conduct research on the mechanisms underlying the formation of neural connections in the lab of Christine Holt, looking specifically at growth cone-mediated axon guidance.

As a recipient of one of the university's Woodrow Wilson Fellowships, which grant undergraduates up to $10,000 to pursue an independent research project over the course of their studies at Johns Hopkins, Kodama has worked since her freshman year in the lab of Mark Wu, an assistant professor of neurology in the School of Medicine. She is the co-author of a Currently Biology paper describing a novel circuit involved in promoting wakefulness in fruit flies. She is currently working on a project on the dopaminergic circuitry controlling feeding in fruit flies. She has been able to manipulate the flies' neural activity to promote feeding even after a short starvation period, when the flies typically do not increase their feeding intake. She says she hopes that this research will bring light to the fly's regulation of feeding initiation and how it may be related to the growing obesity epidemic.

Kodama's career goal is to become a physician scientist in order to expand the scope of stroke care. She is the president of the Hopkins Association for Stroke Awareness, a student group that works with the American Heart Association to provide blood pressure screenings at local health fairs. She says that her work with the group and as a volunteer patient educator in the Johns Hopkins Hospital's stroke ward led her to this calling to find additional stroke recovery treatments beyond the current limited options.

Alongside her research, Kodama has been active in extracurricular activities, playing the violin with the Hopkins Symphony Orchestra and serving as vice president and layout editor of the literary arts magazine Thoroughfare and as a member of the Community School Initiative, which provides science outreach through hands-on lab activities each week at Baltimore's Remington Community High School.

The Winston Churchill Foundation was established in 1959, the year that Churchill College at the University of Cambridge was established as the national and Commonwealth tribute to Sir Winston Churchill, and the first three Churchill Scholars werenamed in 1963. The scholarship covers all university and college fees, a living allowance, transportation to and from the United Kingdom, visa expenses, a travel award, and a possible special research grant. Depending on the field of study and the rate of exchange, it is worth from $52,800 to $62,600.