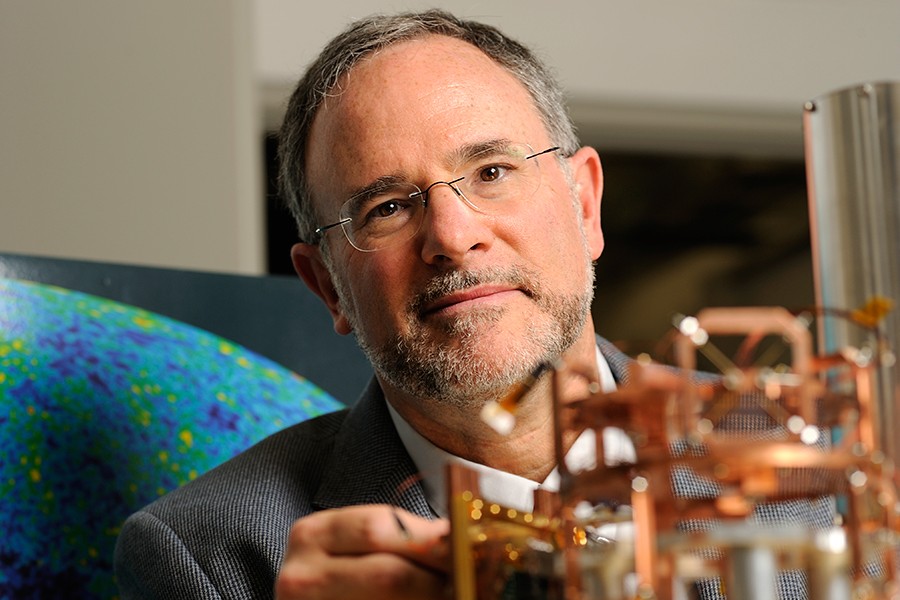 Johns Hopkins astrophysicists Brice M&eacute;nard and Charles L. Bennett have been appointed to the Euclid Consortium, the international team of scientists overseeing an ambitious space telescope project designed to probe the mysteries of dark energy and dark matter. NASA, a partner in the mission, recently announced the selection of M&eacute;nard and Bennett to the research team for Euclid. 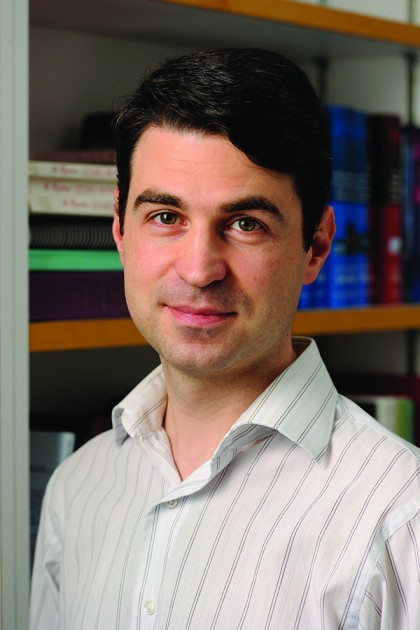 The European Space Agency is leading the mission, which is scheduled to launch in 2020. A recent announcement about the ESA-NASA partnership stated that Euclid's telescope and scientific instruments "will map the shape, brightness, and 3-D distribution of 2 billion galaxies covering more than a third of the whole sky and looking back over three-quarters of the history of the universe."

"Euclid's observations will produce a flood of data and will enable an impressive range of investigations," says M&eacute;nard, an assistant professor of physics and astronomy. "This space telescope will be capable of mapping out a large fraction of the sky. It will provide us with detailed observations of more than a billion galaxies. It's going to provide a gigantic new dataset. What we need to do now is come up with strategies for analyzing that much material."

The agencies hope this mapping process will yield important new information about the behavior of dark matter and dark energy. Bennett says that in gathering such data, "we're trying to learn about the evolution of the universe and fundamental physics. We want to know more about what the universe is made of and how it is changing."

Dark matter is distinguished by emitting no light, but it reveals itself through its gravitational effects, such as its ability to bend the path of light. Dark energy acts as "anti-gravity." Earth's gravity, for example, would cause a ball tossed into the air to fall back toward the ground. Dark energy, on the other hand, would cause the ball to pick up speed as it rises, accelerating upward. Dark energy is thought to be responsible for the recently discovered acceleration of the expansion of the universe, as recognized by the 2011 Nobel Prize in physics, which was awarded to three scientists, including Adam Riess of Johns Hopkins.

Dark matter and dark energy are now known to be major ingredients in the makeup of the universe.

NASA's Wilkinson Microwave Anisotropy Probe, or WMAP, space mission, led by Bennett, recently determined that the universe is composed of 4.63 (plus or minus 0.24) percent atoms, 23.3 (plus or minus 2.3) percent dark matter, and 72.1 (plus or minus 2.5) percent dark energy. Remarkably, several other measurements are consistent and, when data are combined, improve the precision. However, the identity of the dark matter particles remains a mystery, and scientists do not yet understand how dark energy changes with time or how it affects the evolution of the universe. The nature of dark energy has become one of the most fundamental questions in physics today, and scientists hope the upcoming space mission will help provide answers. "Indeed," Bennett says, "what we call dark energy could be an indication of a failure of Einstein's theory of gravity, one of the bedrock theories of physics."

The Henry A. Rowland Department of Physics and Astronomy in Johns Hopkins' Krieger School of Arts and Sciences has been at the forefront in this field, from its participation in the discovery of the Higgs boson candidate, to the Nobel Prize for discovering the accelerated expansion of the universe, to the measurement of the current expansion rate of the universe, to the precision measurements of the contents and history of the universe. In addition to leadership in the WMAP mission, Johns Hopkins participates in the Sloan Digital Sky Survey and Pan-STARRS. The university also is building part of the Subaru Prime Focus Spectrograph and leading the construction of the Cosmology Large Angular Scale Surveyor.

"These experiments scan the sky in different ways to answer key questions about the nature of the universe," Bennett says. "Euclid's observations will push the exploration of the universe to new limits. Together with European colleagues, Brice and I will begin a multiyear process that could revolutionize our view of the cosmos."

In addition to his faculty position at Johns Hopkins, M&eacute;nard is a joint member of the Kavli Institute for Physics and Mathematics at Tokyo University. He earned his doctorate from the Max Planck Institute for Astrophysics in Germany and the Institut d'Astrophysique de Paris. Before joining Johns Hopkins, he was a postdoctoral member of the Institute for Advanced Study in Princeton, N.J., and a senior research associate at the Canadian Institute for Theoretical Astrophysics in Toronto. Last year, he won a Sloan Research Fellowship from the Alfred P. Sloan Foundation and was named Maryland's Outstanding Young Scientist.

Bennett is the Alumni Centennial Professor of Physics and Astronomy and a Gilman Scholar. He was awarded the 2012 Gruber Cosmology Prize, the 2010 Shaw Prize, the 2009 Comstock Prize in Physics, the 2006 Harvey Prize, and the 2006 Henry Draper Medal of the National Academy of Sciences. In 2006, he shared the Peter Gruber Foundation's Cosmology Prize with Nobel laureate John Mather and the Cosmic Background Explorer team. Bennett was elected to the American Academy of Arts and Sciences in 2004 and the National Academy of Sciences in 2005. He has received two NASA Exceptional Achievement medals and a NASA Outstanding Leadership medal.

Euclid is a European Space Agency mission with science instruments and data analysis provided by the Euclid Consortium with important participation from NASA. NASA's Euclid Project Office is based at NASA's Jet Propulsion Laboratory in Pasadena, Calif. JPL will contribute the infrared flight detectors for one of Euclid's two science instruments. NASA Goddard will assist with infrared detector characterization and will perform detailed testing on flight detectors before delivery. Three U.S. science teams, led by JPL, Goddard, and the Infrared Processing and Analysis Center at Caltech, will contribute to science planning and data analysis. Caltech manages JPL for NASA.