Dean emeritus of School of Public Health recounts detours of his career in epidemiology, global health in new book 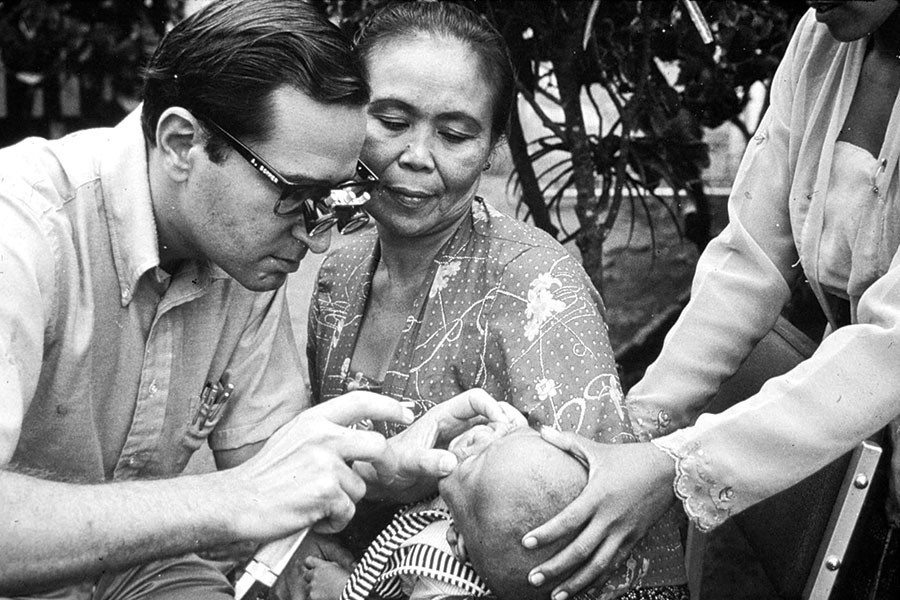 Image caption: Despite advice that leaving Baltimore would harm his career, Al Sommer detoured to Indonesia, where he discovered that oral vitamin A could prevent childhood blindness and significantly lower child mortality rates in developing nations. The therapy has saved millions of children’s lives.

When students or young faculty members come to him looking for career advice, Alfred Sommer, professor and dean emeritus of the Johns Hopkins Bloomberg School of Public Health, likes to offer this: "Don't worry about thinking seven steps ahead because you want to be president of a university, you want to be a dean, or you want to be a CEO. Because number one, you may hate doing that once you get there. And two, you may hate all the things you have to do before you get there," he says. "The best thing to do is, when opportunities come along—they always come along, those forks in the road—do the one that is most exciting at that point in time."

Sommer has taken many such detours over the course of his own career in epidemiology and global health, outlined in his latest book, 10 Lessons in Public Health: Inspiration for Tomorrow's Leaders (Johns Hopkins University Press, 2013). Take, for example, delaying his ophthalmology residency at the Wilmer Eye Institute and moving in 1970 with his wife and 5-month-old son to Bangladesh (then known as East Pakistan). Working with the Epidemic Intelligence Service, he was originally tasked with treating a cholera epidemic but soon found himself improvising disaster relief efforts after a devastating cyclone hit the region along the Bay of Bengal. (See Lesson 3: Forget the Job Description.)

Or returning to Bangladesh following the country's civil war to deal with a smallpox epidemic spreading among Bangladeshi refugees returning from India. As part of the vaccination effort, Sommer insisted that field workers keep careful notes in order to collect good data, which proved helpful not only at the time but also became valuable again, 30 years later, during the post-9/11 bioterrorism scares. In response to the threat of terrorists releasing the smallpox virus, President George W. Bush initially ordered the vaccination of millions of first responders. As Sommer notes in 10 Lessons in Public Health, the mass vaccinations themselves could have done more harm than good, harming or killing those with compromised immune systems. The Bangladesh study had shown that vaccinations were just as effective in the days after exposure, prompting public health officials to stockpile vaccines rather than preemptively vaccinate large numbers of people. (See Lesson 6: Collect Good Data—Even If You Don't Yet Know What Important Questions They May Answer.)

Other such detours included moving to Indonesia in 1976—before joining the Wilmer faculty and against the well-intentioned advice of a senior colleague—to study the link between vitamin A deficiency and blindness. At the time, he explains, the field of public health ophthalmology was just emerging, and his colleague warned that if Sommer went away for three or four years, people would forget about him and others would take over the field. Characteristically undeterred, Sommer thanked his colleague for the advice—and went anyway. He now says, "Of course if I hadn't gone to Indonesia, I wouldn't have ended up making the most important discovery that people know me for"—that is, the discovery that oral vitamin A supplements could not only prevent childhood blindness but could significantly lower child mortality rates in developing nations. "I wasn't looking for that; I hadn't designed the studies to demonstrate that," Sommer says. "But [the finding came] out of the data, unexpectedly, and that changed my career, and it changed global health policy." In the years since, the therapy has saved millions of children's lives, eventually prompting the World Bank to proclaim oral vitamin A supplementation one of the most cost-effective child survival interventions of all time. (See Lesson 8: Use Data to Set Policy.)

In honor of this work, Sommer was named a Dan David laureate at a ceremony at Tel Aviv University in June. A percentage of the $1 million award, which he shared with economist Esther Duflo of MIT, will be donated to graduate students in the field of global health. 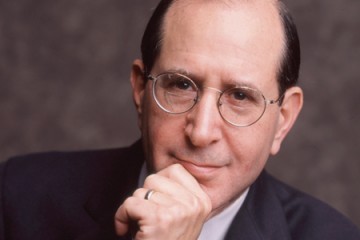