Patricia M. Davidson, a global leader in cardiac health for women and indigenous peoples, has been appointed the fourth dean of the Johns Hopkins University School of Nursing. 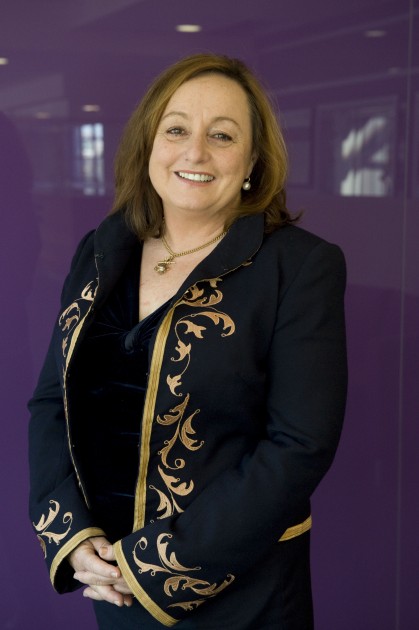 Davidson, who spent 23 years as a front-line clinician and nurse manager before shifting her focus to research and teaching, is now a professor and director of the Center for Cardiovascular and Chronic Care at the University of Technology, Sydney, in her native Australia. She is also a professor of cardiovascular nursing research at St. Vincent's Hospital there.

"Trish is visionary, engaging, energetic, and articulate," says university President Ronald J. Daniels, who recommended Davidson's appointment to the Executive Committee of the board of trustees. "She is a builder and a doer. She is an award-winning scientist and educator with important ideas for the future of health care and nursing. She will be an innovative dean and a formidable university citizen."

Davidson will start her new job on Sept. 1, succeeding Martha N. Hill, dean of the school since 2001. Hill had planned to step down June 30 but has agreed to remain in the position until her successor arrives.

"I am excited, humbled, and honored," Davidson says. "I am delighted that the president, board of trustees, and search committee have such confidence in my ability to lead the school and succeed Dean Hill, who has been so stellar as a leader and so successful as a scientist and advocate for nursing."

Davidson has collaborated with Johns Hopkins faculty members in research, teaching, and professional activities for a decade and spent time at the school as a visiting scholar in 2007, 2009, and 2011. She is a fellow of the American Heart Association and the Australian College of Nursing.

"Johns Hopkins is internationally regarded as a place where problems are solved and innovation fueled," she says. "Nursing is an integral part of the solution to many complex health care problems, and we are well-placed to continue to lead innovations in policy, practice, education, and research."

Davidson is deeply interested in global health issues and is helping to build health research capability in Thailand, China, Indonesia, Lebanon, Iran, and Turkey. She is counsel general of the International Council on Women's Health Issues. She also reaches across traditional academic boundaries, collaborating with partners in medicine, public health, psychology, sociology, engineering, pharmacy, law, and other fields.

Much of her own research is on improved cardiac rehabilitation tailored for women, a track she has followed for nearly a decade. She has expanded her focus to include the needs of the indigenous Australian aboriginal and Torres Strait Islander peoples, the disadvantaged, and culturally and linguistically diverse communities.

She also has been active in health policy, serving, for instance, as co-chair of the New South Wales Agency for Clinical Innovation Cardiac Network, providing advice and information to the Australian Ministry of Health.

Davidson earned her PhD in 2003 from the University of Newcastle. A nurse since 1980, she earned a BA in education from the University of Wollongong in 1985, adding a Master of Education degree there in 1993. In addition to her full-time positions, she is an adjunct faculty member at the American University of Beirut; the universities of New South Wales, Western Australia, and Western Sydney; and Curtin University.

Davidson, 56, is married to Michael John McGrath, an attorney, and has two adult children.

The Johns Hopkins School of Nursing was established in 1983 as the university's first stand-alone nursing division. It admitted its first undergraduate class a year later. The school was the successor, however, to nursing education programs housed elsewhere in the university and to the original hospital-based Johns Hopkins nursing training program, founded in 1889.

Today, it is considered a leader in nursing education and in research, ranking first among all nursing schools in research support from the National Institutes of Health.

"We face both challenging and exciting times in our profession and health care delivery nationally and globally," Davidson says. "I am highly impressed by the school's record of achievement in leading health care innovation."