For Johns Hopkins engineering professor, music is a labor of love 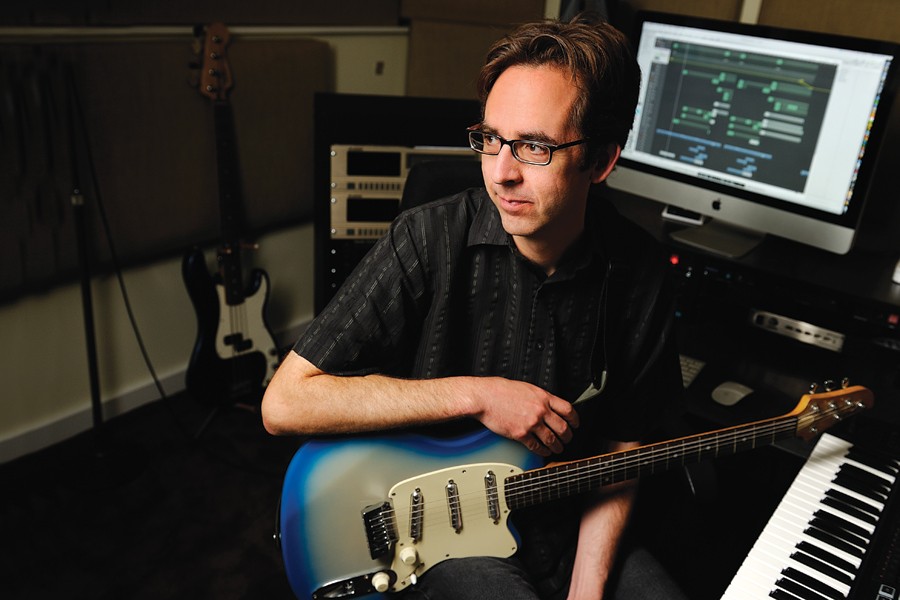 Marc Ostermeier, a professor of chemical and biomolecular engineering in the Whiting School, built a deadline into his summer. He needs to finish his parts before mid-July, when Tanya Maus, an assistant professor of history in Wittenberg University's East Asian Studies Program, comes to town. They're working on the next installment of a collaboration that started when both were in graduate school at the University of Texas at Austin in the early 1990s. Ostermeier's research involves engineering proteins to have new properties. Maus explores the history of the Okayama Orphanage in 19th-century Japan and child relief activism. Together they make plush rock music as the band Should—blending symphonic, noisy guitar melodies into moody rhythms—that's a lovely example of a genre called shoegaze.

"It's like a hobby," Ostermeier says, though his long history of music making sounds more like a labor of love.

Ostermeier started self-recording the music he made in the late 1980s, and when he moved to Austin in 1990, he was inspired by shoegaze bands such as My Bloody Valentine. He formed Should, called shiFt at the time, writing, playing, and recording most of the music himself, with some parts added by his brother and with vocals from Maus, a friend of his wife's. In 1994 the band released a CD EP titled A Folding Sieve on the Austin independent label N D.

In 1998 his brother started a label called Words on Music to self-release some of his own music; that year it also released Should's second album, Feed Like Fishes. Ostermeier was a postdoctoral student at Penn State University at the time, and the band—almost exclusively a recording project—went on hiatus. His first daughter was born in 1998, and he came to Johns Hopkins to teach in 2000; today he's the vice chair of the Department of Chemical and Biomolecular Engineering.

He tended to his musical interests by working with his brother on the label. "We love music, we release what we like, and we do it regardless of the commercial potential for the most part," Ostermeier says. In the past 15 years they've put out two to three albums a year, including reissuing out-of-print albums by London's The Lucy Show and Nebraska's For Against, bands he admired in the 1980s and 1990s. Words on Music's artists, like himself, have careers and make the spare time to create.

The itch to write music never left Ostermeier, though, and he replaced his old analog recording equipment with digital software in the mid-2000s and started writing again. "What you could do with that is such an expansion of what was possible over what I used to do," he says. "It really facilitates being able to be creative."

After six years of work he had another album's worth of material, and in 2011 he released the first new Should album in 13 years, Like Fire Without a Sound. When it came out he discovered that a younger generation was also getting into shoegaze bands. Captured Tracks, a Brooklyn, N.Y., indie label started in 2008 that puts out up-and-coming underground rock outfits, launched its Shoegaze Archives reissue series in fall 2011. The series' first reissue was Should's A Folding Sieve.

Mike Sniper, Captured Tracks' founder, writes in an email that the label started the series to spotlight lesser-known bands from an era that is predominantly associated with British acts such as My Blood Valentine, Ride, and Slowdive. "It was a very conscious decision to release an American band as so many people think of [the music] as a British-only phenomenon," Sniper writes. "[A Folding Sieve] was something we felt deserved a wider audience and to finally be pressed on vinyl."

Now the writing comes a little bit quicker for Ostermeier, and he's pushing himself to try some new ideas. He's already got another album's worth of Should material recorded and hopes to be able to release it this coming winter or spring.

He just needs to write lyrics and record his vocals—which is the hard part. "I hate writing lyrics, and I hate recording vocals because I'm not a talented singer," Ostermeier says. "So it's trying to figure out what can I do with my limitations that will be acceptable for this song. This [past] weekend was productive, which made me a little bit more optimistic." 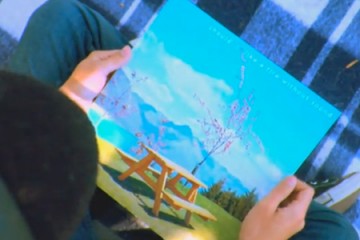