For a century, school has stayed at the forefront by making bold moves 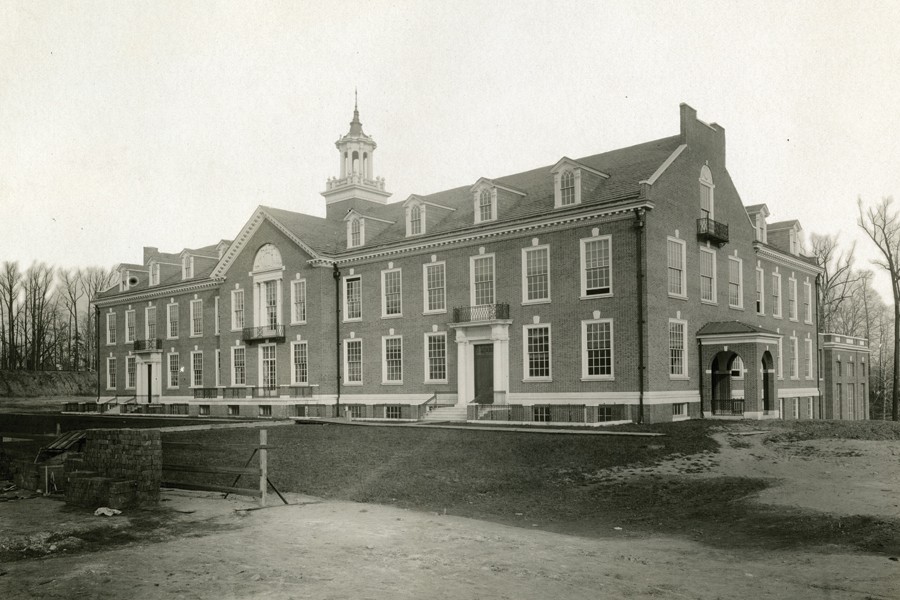 Image caption: The Mechanical and Electrical Engineering building, shown ca. 1915, would be named Maryland Hall in 1931.

The Technical School Bill, a piece of Maryland legislation enabling the creation of what is now Johns Hopkins' G.W.C. Whiting School of Engineering, passed in 1912—the same year that the Titanic sank and Arizona and New Mexico became states. The newly minted Johns Hopkins Department of Applied Science and Technology had an inaugural class of 27 students. It would be another two years before Engineering got its own building (today's Maryland Hall), another five for the department to be promoted to a school, and yet another year before it acquired a dean (the illustrious John Boswell Whitehead, sometimes dubbed "the father of Hopkins Engineering"). 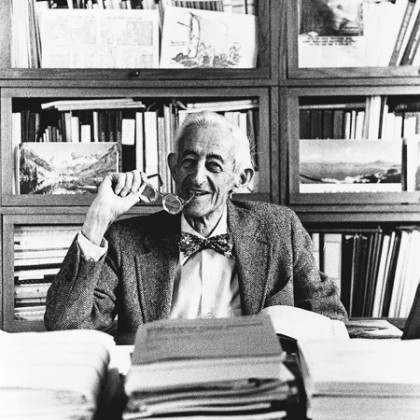 "It's been a bit of a messy or scrappy first 100 years," says the school's current dean, Nick Jones, sitting in his office and meditating on the school's milestone anniversary. "Engineering wasn't a bona fide subject when the university was first established [in 1876], and we had a little bit of a late birth, but it's been a great run."

Jones returns again to the "scrappy" descriptor as he tells the tale of a school that began as an academic kid sibling and rose to international prominence while advancing the way engineering is taught and practiced. He even touches upon one of the engineering school's more humbling moments, the 1966 decision to merge it with the Faculty of Philosophy to form the School of Arts and Sciences.

"We disappeared in the 1960s but rose from the ashes and came back in 1979," Jones says, describing the school's re-emergence with the support of alumni as the university's first named division (honoring the philanthropic largesse of the estate of G.W.C. Whiting, co-founder of the Whiting-Turner Contracting Co., which helped make the rebirth possible).

To the extent that the engineering school has been scrappy, it's really in how its students, faculty, researchers, and alumni have long been leaders in fighting the good fight against some of the most entrenched engineering challenges of the day, such as the need for universal access to clean water. And when it pushes envelopes, it's usually to make a strong case for breaking down the walls separating Johns Hopkins' sundry schools and subjects as it sends engineers out to form synergetic collaborations with the university's schools of Medicine and Public Health and Applied Physics Laboratory, and with folks in fields as diverse as computer science and geography. It's an approach that has helped birth new departments and areas of study, such as biomedical engineering, computational medicine, geography and environmental engineering, and computer integrated surgery, to name but a few.

"We don't just think outside the box; we leave the box," Jones says. "Most of our success has simply been from the commitment, drive, and tenacity of our faculty and students."

That the engineering school came to be at all was because it was desperately needed in the early years of the 20th century. The region was booming, with its great port facilities, rail connections, and swelling workforce. What it lacked was an engineering school. Students graduating from the area's technical high schools, such as Baltimore Polytechnic Institute, had to leave the state if they wanted to pursue advanced engineering studies. Civic leaders and the newspapers of the day decried this brain drain.

Annapolis eventually got the message, and legislators answered with $600,000 (more than $14 million in today's dollars) to help launch the engineering program at Johns Hopkins, along with $50,000 in annual scholarships for Maryland students.

"This city, this state, the region, and in fact the country needed the sort of program that Hopkins Engineering was to become," Jones says. "The area was on the cusp of some fairly major development, and engineers were needed to help fuel that and be part of the transformation of 1912 Baltimore and Maryland to 2012."

These were heady technological days, with fields such as aviation, broadcasting, and many others still in their infancy. But there were also pressing practical needs. Baltimore by 1910 already had over half a million residents but didn't have safe and sanitary municipal sewer and water systems. On some hot summer days, residents were readily reminded of this because, well, the city often stank.

Into this arena strode one of the first giant names in Hopkins Engineering: Abel Wolman. He was a member of the Engineering Department's first graduating class, in 1915, and went on to work for the Maryland Department of Health, where he made huge breakthroughs in perfecting methods of chlorinating municipal water systems. In 1937, he returned to Johns Hopkins as a professor and helped train the next generation of water- and sanitary-system engineers.

"Successfully chlorinating municipal water supplies has probably saved more lives in human history than anything else," Jones says. Having engineers mixing with public health professionals was a "pretty radical" concept in the early going, he adds.

Perhaps the most overt, if unheralded, example of the engineering school's spirit is its role in World War II. Amid the pressing national need for massive industrial and technological expansion, the school provided short-term engineering training classes to some 13,000 people—including 800 women.

As time and technology marched on, some engineering departments stayed "scrappy" by changing their names and approaches to lead changes in their respective fields. "Chemical and Biomolecular Engineering used to be Chemical Engineering, and before that, it was Gas Engineering," Jones says. But the main way that Hopkins Engineering has kept its cutting edge has been through what the dean calls "messy in a good way" transformative, cross-disciplinary collaboration.

"Nowhere else had figured out how to get engineers and clinicians together to form a Department of Biomedical Engineering," says Jones of a collaboration cemented at Johns Hopkins in 1962. Also, he says, "Geography and Environmental Engineering was a really bold experiment, but it made sense. If we are going to do environmental engineering, we need to understand intimately physical and human geography."

The school's founding engineering fathers—from the age of steam engines and the telegraph—likely wouldn't know what to make of some of the school's 21st-century institutes and areas of study: the Institute for NanoBioTechnology, the Laboratory for Computational Sensing and Robotics, Security Informatics, the Center for Language and Speech Processing. When the school first opened in 1912, the Wright brothers' wood-and-muslin airplane wasn't even a decade old, and since then, Hopkins Engineering has probed the farthest reaches of the solar system and plunged into the deepest undersea trenches.

"It's great that this [story] should be reflective on our past, but it really should look forward, too," Jones says. "Maybe there will be a group of people sitting in an office a century from now reflecting on the past 100 years of engineering at Hopkins. Hopefully they will look back and see how again engineering was essential to what transpired. My feeling is that, just as 100 years ago when we were on the cusp of this really transformative century, we're on the cusp of another one now. We just don't know what it will bring yet. But we are ready."