School of Medicine's Lutsenko, Pan, Cheng among 701 new fellows from around the world 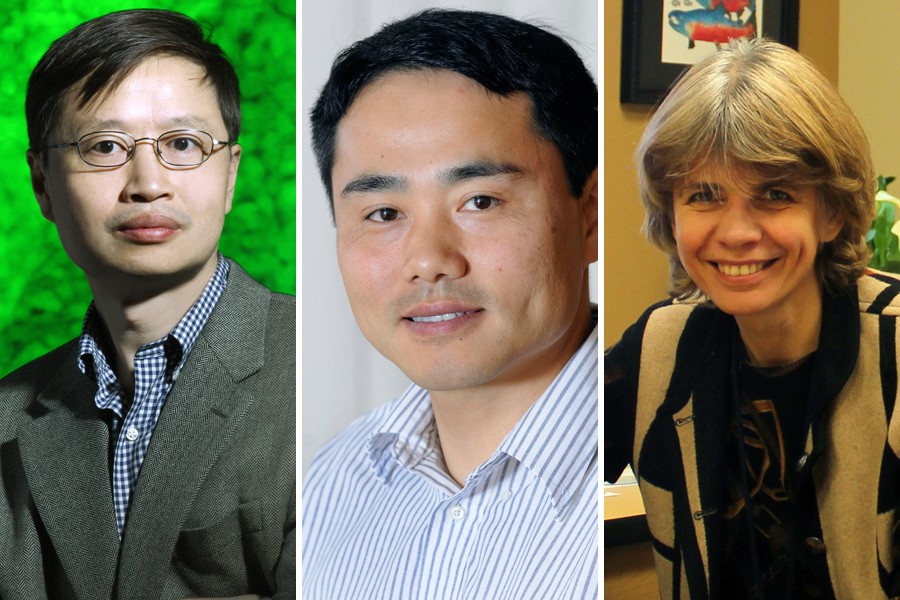 Three Johns Hopkins researchers have been elected by their peers as fellows of the American Association for the Advancement of Science.

The names of the awardees were published in the "AAAS News and Notes" section of Science on Nov. 30. The newly elected fellows will be awarded a certificate and a rosette pin during the AAAS Fellows Forum at the 2013 AAAS annual meeting, to be held Feb. 16 in Boston.

Linzhao Cheng holds the Edythe Harris Lucas and Clara Lucas Lynn Chair in Hematology and is the associate director for basic research in Hematology. He was elected for distinguished contributions to the field of stem cell research, particularly using human stem cells for gene targeting and developing new disease models and treatment. His research team works on human stem cell biology and engineering, and on applications in regenerative medicine for curing blood diseases. His team's current focus is on using human pluripotent stem cells, such as iPS cells from healthy donors and patients, to investigate human stem cell biology and diseases.

Svetlana Lutsenko, a professor in the Department of Physiology, was elected for distinguished contributions to the field of metals in biology with respect to elucidating the mechanisms of copper transport in health and human disease. Her laboratory's research focuses on molecular mechanisms that regulate copper concentration in normal and diseased human cells, with the aim of better understanding copper transport-related disorders such as Menkes disease and Wilson's disease.

Duojia "DJ" Pan, of the Department of Molecular Biology and Genetics, was elected for studies of molecular mechanisms controlling organ size, particularly his discovery of the Hippo signaling pathway and its roles in normal and cancerous growth. His research group showed that the Hippo pathway is required to stop organ growth, and that it does so by simultaneously promoting cell death and restricting cell division. The group is working to identify additional components of the Hippo pathway, including the elusive signal that triggers its activation.