A storied past, hopeful future for MLK Jr. event 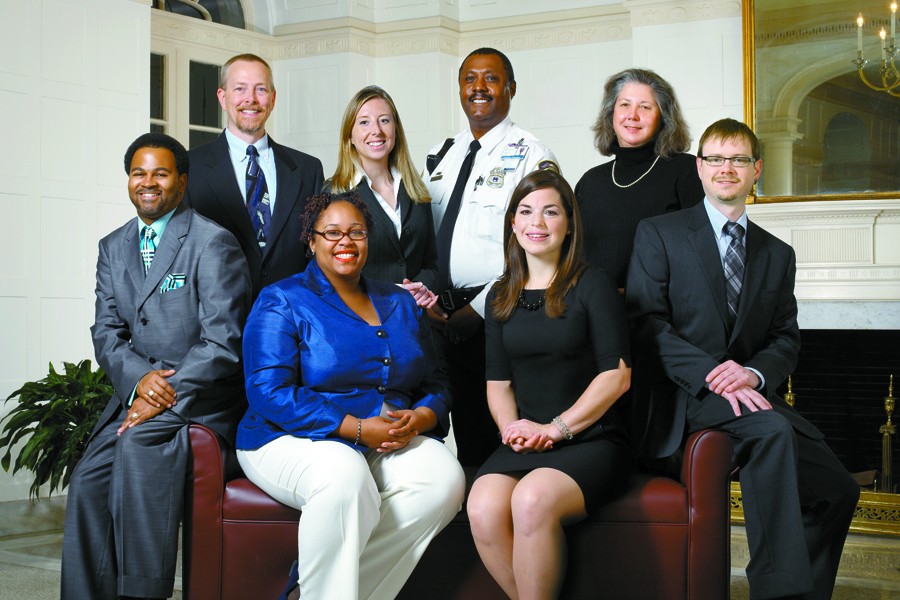 Many of those who've stood on the dangerous front line of the civil rights movement, organizing sit-ins and marching for racial equality, have something in common besides their convictions: From the Rev. Jesse Jackson Jr. and Andrew Young, to Julian Bond and Rep. John Lewis—even Rosa Parks and Coretta Scott King—a good number of them have been keynote speakers at the Johns Hopkins Martin Luther King Jr. Commemoration.

Delivering the address at this year's 31st annual event at noon on Friday, Jan. 11, in Turner Auditorium on the East Baltimore campus is another kindred spirit, albeit of the next generation: Benjamin Jealous, national president and CEO of the NAACP. Though he did not personally experience those 1960s struggles, Jealous is well-aware of the impact, as the son of civil rights trailblazers and a fifth-generation member of the NAACP and former community organizer for its legal defense fund.

"Ben Jealous symbolizes a younger generation of civil rights leaders who still address the issues that Dr. King fought for, such as equality and justice for the underrepresented minorities of America," says Levi Watkins Jr., associate dean for postdoctoral programs, School of Medicine, who founded the event in 1981 as a way to encourage diversity at Johns Hopkins.

The program, which always plays to a capacity crowd, will feature a video of the King Memorial in Washington, D.C., and Unified Voices, a high-spirited choir, made up of Johns Hopkins employees and members of the East Baltimore community, who will perform gospel and patriotic selections.

In what's become a highlight of the commemoration, faculty, staff, and students representing Johns Hopkins University and the Johns Hopkins Hospital and Health System receive Martin Luther King Jr. Community Service Awards. These honors recognize outstanding commitment to volunteer community services and humanity in the spirit of the life that King lived. The 2012 recipients are:

The MLK Jr. Commemoration event will be simulcast to Arellano Theater on the Homewood campus. Additional venues may be added; go to insidehopkinsmedicine.org/mlk.