Peabody faculty artist tours the world, records in his basement 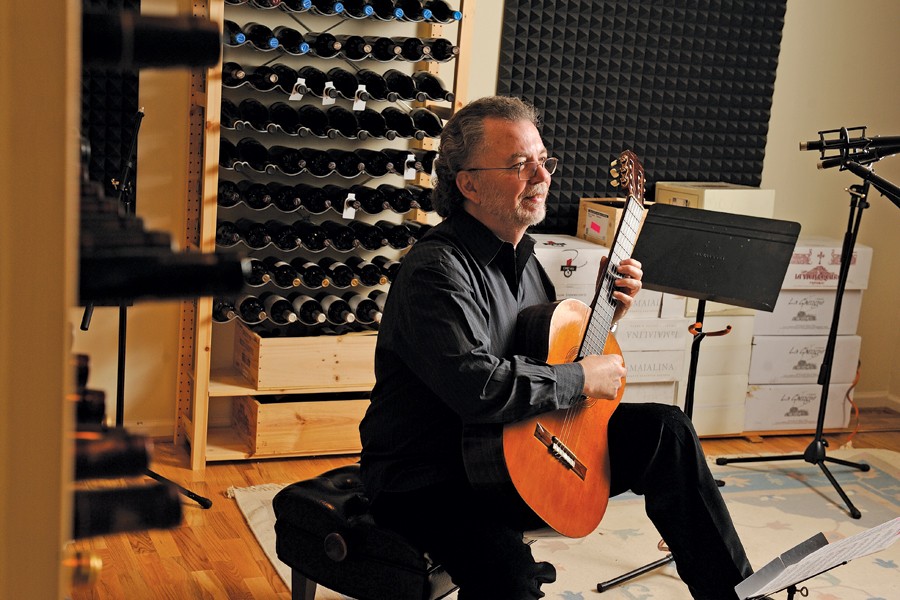 Manuel Barrueco concedes there was a time when greater acceptance of the guitar by classical-music programmers was an important motivation for him. In his hands and the hands of his peer performers, the guitar was a beautiful instrument too often neglected or ignored by symphony music directors and classical-music venues. He wanted to elevate it to what he considered its rightful status. "But that's not really important to me anymore," he says. "At this point, for me, performing is about the beauty of it, you know? I want to show some of the best of what the guitar has to offer."

A Peabody Conservatory faculty member and one of the world's premier classical guitarists, Barrueco has been demonstrating what the guitar offers at an exhausting pace. Since September, he has made concert appearances in Florida, China, California, Switzerland, Spain, and Germany. His recording label, Tonar Music, just issued his latest CD, Chaconne—A Baroque Recital. Russia, Poland, Spain, and Germany are already on his concert schedule in 2013, and whenever he is back in Baltimore, he puts in long days teaching his students at Peabody. "I have come to terms with the fact that I really don't want to retire," he says.

As its title indicates, the new recording presents a recital of 18th-century compositions, including J.S. Bach's Cello Suite No. 1 in D Major, five sonatas by Domenico Scarlatti, and Suite VII in D Minor by the German composer Sylvius Leopold Weiss. It culminates with Bach's profound Chaconne, the oft-performed final movement of his work for violin, Partita in D Minor. Barrueco first played a guitar transcription of the piece when he was 12 years old, and had recorded it before. But when he played it again after his parents died within a year of each other three years ago, he was deeply moved by how the music seemed to speak so much of what he was feeling—not only the sorrow and loss but the profound questions that the death of loved ones prompts. Bach wrote the piece after the death of his first wife, Maria Barbara, and when Barrueco played it after the passing of his parents, he says, "there was this feeling of something being yanked out of you." In the notes that accompany the CD, Barrueco wrote, "As I played it, I felt that through it, I could express the grief and sorrow I was feeling. It was as though it was inviting me to do so."

Once he decided to record the piece again, Barrueco selected other baroque compositions he felt were well-suited to displaying the guitar's virtues. He recorded the disc in Tonar's studio, which doubles as the wine cellar in the basement of his house north of Baltimore.

Tonar Music grew out of some advice given to Barrueco by a producer at EMI, which was the guitarist's record label at the time. Start recording yourself, the producer said, because the mainstream record industry is falling apart fast and classical musicians might soon need alternatives. Tonar issued its first release in 2007, and is a homegrown company in every respect. Barrueco's longtime partner, Asgerdur Sigurdardottir, produces and engineers the recordings, and his daughter, Anna Barrueco Wong, edits the liner notes. The CDs can be purchased online from the website maintained by Sigurdardottir, who is Tonar's president, and orders ship from the house. "Today I saw a big box going out to Japan, and it's fun to see that," Barrueco says.

His next recording for Tonar will feature Medea, a suite in six movements created by him from a ballet of the same name composed by flamenco guitarist Manolo Sanl&uacute;car. In November, Barrueco recorded the piece with the Symphony Orchestra of Tenerife in the Canary Islands. "It's somewhere between flamenco and Spanish classical music," he says. "So it's sort of in between what Manolo is and what I am." Tonar will probably bring out that recording in mid-2013. Meanwhile, Barrueco will continue his campaign for appreciation of the beauty of his instrument.

"I had a friend who said, 'You should explain why people should listen to the guitar,'" he recalls. "All I could think of saying in reply was, 'Listen to it. Listen to it!'" 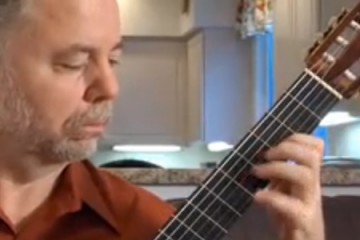