Eleanor Gardner, a senior at Johns Hopkins, has been named Bermuda's Rhodes Scholar for 2013. 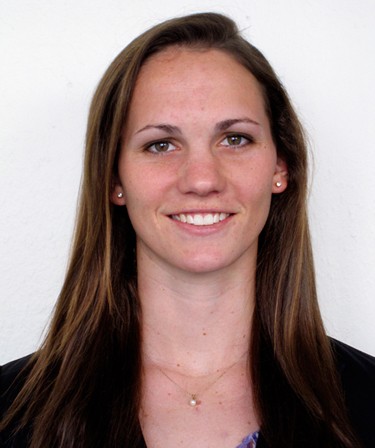 The Rhodes Scholarship is considered one of the most prestigious academic honors, offering all-expenses-paid study for two, and possibly three, years at the University of Oxford in the United Kingdom. It is given to approximately 80 young adults each year in the English-speaking world, including only one scholar each year from Bermuda.

Gardner, a political science and philosophy major from Smith's Parish, Bermuda, is on track to earn bachelor of arts degrees in May from the university's Krieger School of Arts and Sciences. At Oxford, she plans to pursue a Master of Philosophy in Politics degree to further the work in political theory, racial politics, and global politics that she began at Johns Hopkins.

"I have dedicated my academic career to the field of political science because I am passionate about understanding and helping communities on a local, national, and international level," Gardner wrote in her Rhodes application. "My interest in racial politics is one aspect of my overall interest in understanding and analyzing social tensions and their relation to politics. Whether within my locales of Baltimore and Bermuda or in other social and cultural contexts, I believe that the study of politics can be a powerful tool for change."

Gardner first began to draw parallels between the socioeconomic and racial climates in Bermuda and Baltimore while working on a course project, taking photographs and interviewing people at a skate park in Hampden, a once solely blue-collar neighborhood near Johns Hopkins' Homewood campus that has become increasingly gentrified. At first, Gardner says, she was struck by the rundown physical characteristics of the park, but over time, she began to see that it offered much more: a window into Hampden's evolving diversity.

After a few weeks, the skate park "no longer seemed a decrepit and isolated place. Instead, I experienced it thriving with the life of the skateboarders: black and white, young and old, poor and middle class," Gardner wrote. "The young skateboarders I photographed were bridging the deep-rooted racial gaps that plague Hampden's history." The class project led Gardner to look at how race has been institutionalized throughout Bermuda's history and how that concept has evolved during periods of rupture in racial politics. Her senior thesis will explore the history of racial politics in Bermuda, with the goal of formulating a better understanding of how the issue of race-based inequalities is framed in society today.

"Immersing myself in the racially charged city of Baltimore heightened my awareness of social issues in the community where I grew up," Gardner wrote. "Examining the politics of race in Hampden through the academic lens of political science enabled me to reflect on related issues that I had grappled with as a youth in Bermuda. I am also motivated by the desire to reinvest my academic experiences in Bermuda, the community that has inspired my studies."

Outside her studies, Gardner served first as an associate director and then an executive director of the Johns Hopkins University Foreign Affairs Symposium, an annual lecture series run by undergraduates that brings prominent speakers to campus each spring. During the summer of 2011, she studied in Geneva, where she conducted an independent study project analyzing European migration from countries affected by the Arab Spring.

Gardner has been a member of Bermuda's national swimming and sailing teams, competing in meets and regattas around the world. In August 2008, she was selected by the Bermuda Olympic Association to be Bermuda's Female Ambassador for the Olympic Youth Camp Cultural Exchange Program in Beijing. She is a captain of the women's varsity swim team at Johns Hopkins.

Gardner is the first Johns Hopkins Rhodes winner since Wen Shi in 2003 and Wes Moore, now a bestselling author, in 2000.

The Rhodes Scholarship was established in 1902 by the will of Cecil John Rhodes, a British financier and statesman who wanted to bring English-speaking students to Oxford University from around the world to increase understanding and tolerance among nations. He anticipated that young students would return to their home countries and, with the benefit of their education at Oxford, would be valuable and contributing participants.