Academic dishonesty is arguably as old as school itself. But the authors of a new book argue that many students today don't think of things like plagiarism and collaborating on tests as cheating at all 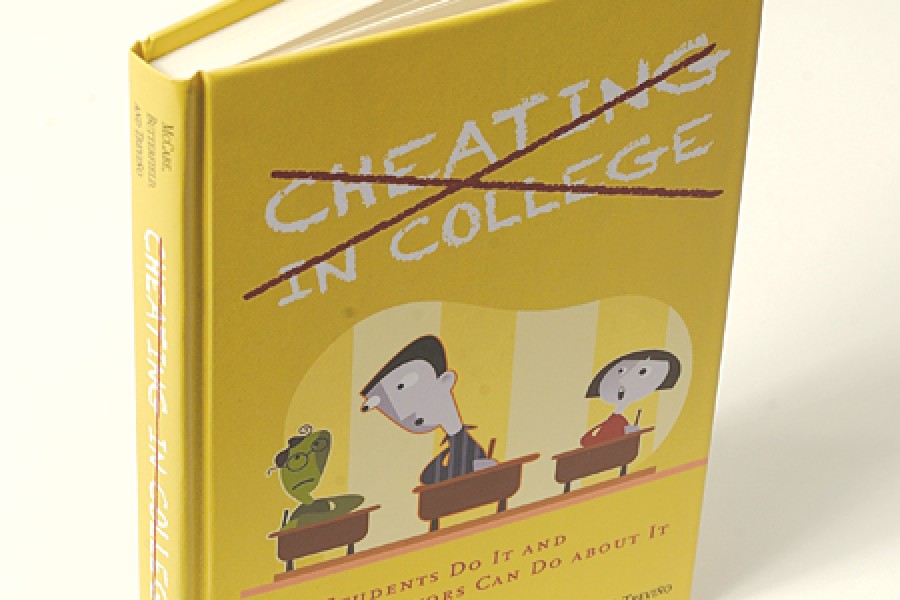 A flurry of recent news stories paints a picture of a widespread cheating problem among college and college-bound students nationwide.

Academic dishonesty is arguably as old as school itself. But what particularly concerns the authors of a new book about college cheating is that many of today's students don't think that behaviors such as plagiarism and collaborating on tests even qualify as cheating at all.

"As long as they think others are cheating, students feel they have no choice but to cheat as well," says Donald L. McCabe, a co-author of Cheating in College: Why Students Do It and What Educators Can Do About It, published in the fall by the Johns Hopkins University Press.

The book, co-authored by Kenneth D. Butterfield and Linda K. Trevi&ntilde;o, reflects some 20 years of research led by McCabe, a professor of management and global business at Rutgers Business School. He used a survey he created to gather data about cheating from a quarter of a million high school and college students from some 250 public and private schools across the country.

McCabe became interested in academic integrity as a secondary area of research when he was starting his academic career at Rutgers. He had graduated from Princeton University, which has a strong honor code, and wanted to study how students viewed cheating and other forms of academic dishonesty. Some of his findings include:

To counter cheating, the authors say that educators need to work together with students to build academic integrity on campus by designing a system that supports academic honesty, trust, and accountability.

Many of the tenets of a classic academic honor code, such as student judiciary and reporting, unproctored exams, and having students sign a pledge of honest work, can be a successful part of this system, they say. But it's not enough to simply say you have an honor code if no one practices or enforces it, says co-author Linda K. Trevi&ntilde;o, a professor of organizational behavior and ethics at Pennsylvania State University. "What we are trying to do is create a context that supports doing the right thing," she says.

Trevi&ntilde;o talks about setting high aspirations for students regarding academic honesty and having shared values and standards. Then if students do cheat, it's important that the accountability system in place is one they've helped create. "Faculty and staff need to be willing to provide guidance and resources but also share power with students," she says. "This is a community effort."