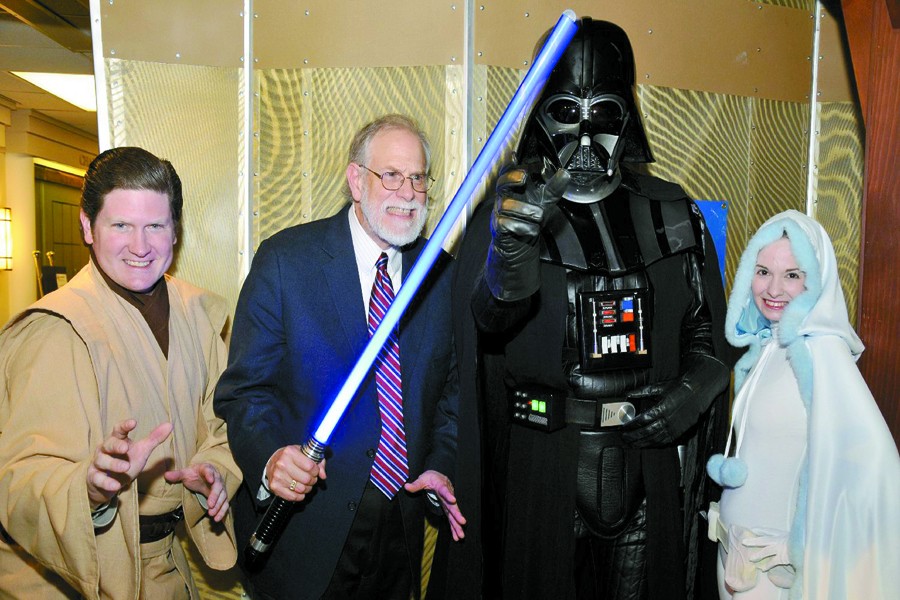 In its first broadcast from Johns Hopkins Children's Center's new home, MIX 106.5 will kick off the 24th annual Radiothon on Thursday, Feb. 28. The broadcast will hit the airwaves at 6 a.m. and conclude at 8 p.m. on Friday, March 1.

The event benefits patient care and research at Johns Hopkins Children's Center. In its 23 years, Radiothon has raised nearly $15 million for items, programs, and equipment that improve the lives of patients.

"For nearly a quarter of a century, our friends at MIX 106.5 have captured the world of Hopkins and brought it to listeners in Baltimore and beyond," says George Dover, director of the Johns Hopkins Children's Center. "Radiothon is the culmination of our fundraising efforts, and we are grateful for the radio station's steadfast support."

This year's broadcast will again give listeners a collection of stories told through the voices of patients, their families, and the nurses, physicians, and staff who care for them.

"From the courageous 3-year-old battling an extremely rare blood disorder, to the brave teenager with recurrent spinal cord tumors, to the tiny infant undergoing reconstructive surgery for a devastating birth defect, all these children—and hundreds like them—have benefited from items and programs made possible by the generous donations of MIX listeners and the community," Dover says.

This year also marks a milestone. On Nov. 21, 2012, the Johns Hopkins Children's Center turned 100 years old, an anniversary that will be celebrated throughout 2013.

Work done at the Children's Center over the past century has not only affected child health in Baltimore but also reshaped pediatric medicine in the United States and around the world.

"Baltimoreans Harriet Lane and Henry Johnston, who lost both their sons to rheumatic fever, turned personal tragedy into triumph for pediatrics and children everywhere by bequeathing money to start a children's hospital here at Johns Hopkins," Dover says.

And like their donation, Dover adds, the donations of others—no matter how small or big—can help change patients' worlds, whether it's by buying books and DVDs, funding special programs, or purchasing lifesaving equipment.

"Our new home is a testament to how far donations can go," Dover says. "More than one-third of the funding for the new building came from philanthropic support."