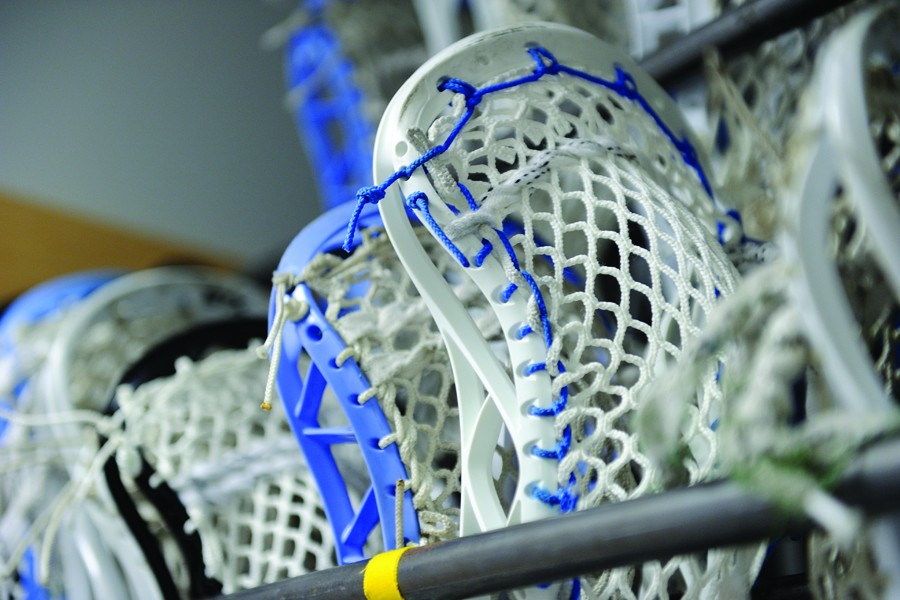 Just weeks before opening day of the 2013 season, men's lacrosse head coach Dave Pietramala was still feeling the same way he did when the final whistle blew on the 2012 campaign—sick to his stomach.

The University of Maryland ousted the Blue Jays 11-5 in the quarterfinals of last year's NCAA tournament, prematurely ending a once-promising season that had begun with eight consecutive wins.

In the post-game locker room, Pietramala grieved for the seniors who ended their Johns Hopkins careers without sniffing the finals.

"The underclassmen get to come back and take another swing at it; the seniors don't," Pietramala says. "They spent the past four years here, invested in my program, and now they'll never get that chance to lift the trophy. The difficult thing was looking all of them in the eye afterward."

In defeat, Pietramala credited the Terps' players and coaching staff but partly attributed the team's falling short of expectations to weary legs. The team got tired, he says, at the most critical time.

Adopting a less-is-more approach, Pietramala and his staff chopped two weeks out of pre-season training and reduced the number of weekly strength and conditioning sessions from four to three. The workout sessions would be less frequent, he says, but more intense and efficient.

"We set out to make the pre-season not as much of a grind," he says. "We hope the dividends will be that we'll stay fresh all season long."

The focus on conditioning and fresh legs was also a response to new NCAA rules intended to quicken the pace of play. For 2013, officials have been directed to restart play quickly after an infraction, allow substitutions to be made on the fly, and enforce a stricter anti-stalling policy. If officials think the team on offense is stalling, they will warn players and start a 30-second clock to take a mandatory shot on goal.

"The new rules will require us to be in better shape," Pietramala says. "You'll have to play faster on defense. Teams won't be allowed to hold the ball as long as they have in the past. I think this plays to our strengths."

In addition to a faster tempo, the 2013 Blue Jays will be more expressive on offense, Pietramala says.

The players, he says, have responded well to the new schedule and approaches. "I see a greater level of enthusiasm. They are fresh and excited when they get on the field or hit the weight room."

A key to the upcoming season will be the play and leadership of senior Tucker Durkin, the team's captain and the 2012 recipient of the William C. Schmeisser Award as the nation's top defenseman.

Pietramala calls Durkin the team workhorse and enforcer. "He's a meat-and-potatoes player. The young defenders follow his example and work rate. But he won't be alone; we have a team of leaders."

The Blue Jays return 31 players from last year's squad, including seven of the top eight scorers.

"I'm excited to get going," Pietramala says. "I'm looking forward to seeing the changes and adjustments we've made. This is a great group of young men. They are enthusiastic, and it's contagious."

Pietramala says that above all, he's eager to wash the sour taste out of his mouth and take aim at another title.

The Blue Jays started with resounding victories over George Mason and Mount St. Mary's, only to be followed up with consecutive losses, including an upset defeat at the hands of Stony Brook.

Along the way, the team soared and stumbled—a four-game win streak here, a five-game skid there—on the way to a 9-9 record.

Even as the losses piled up, the team's quality victories over five nationally ranked teams and overall strength of schedule, arguably one of the toughest in the nation, kept their NCAA dreams afloat. The much-sought-after invitation to the tournament, however, never materialized.

"I would say the season was exhilarating and devastating at the same time," says Tucker, now in her 20th year as head coach. "We had really incredible highs and challenging lows. We are scratching at that door at being one of the big boys, but we're inconsistent. We can be giant killers one week and lose our way the next."

Tucker says that the women's program is learning to be great, and that means winning the games where they are favored.

"We just can't lose certain games. We have to find a way to sustain a certain level of play," she says.

In looking back at 2012, Tucker says that a common thread among the defeats was the sense of doubt that crept in at key moments. She points to a crippling double overtime loss to Florida in early April, when the Blue Jays fought back from a deficit to retake the lead with 1:13 to play. The Gators, however, forced overtime with seven seconds left on the clock and went on to win the game.

"We need to shut the door in games like that," she says.

For the 2013 season, the Blue Jays will return six starters from last year and add 11 freshmen and one transfer to the roster. The team lost nine players to graduation, notably Colleen McCaffrey and Candace Rossi—who both rank in the top 10 in JHU Division I history in points and goals—and defensive standout Alyssa Kildare.

"It was a considerable class to lose. We'll have a new look this year," says Tucker.

When asked what needs to improve for the Blue Jays to reach the NCAA tournament in 2013, Tucker has several keys at the ready, including "end-of-game decision making," "a tougher mind-set," "better discipline," and an expectation to win every time the team walks out on the field.

Tucker has high hopes for talented junior midfielder Taylor D'Amore, who was named to the 2013 Inside Lacrosse Face-Off Yearbook Preseason All-America Team. D'Amore led Johns Hopkins in assists (40), points (73), and draw controls (74), and finished third on the team in goals (33). Last year also witnessed breakout seasons from Sammy Cermack and Courtney Schweizer, who look to follow up on their 2012 success.

Sarah Taylor, a native of Farnham, England, notably returns from a foot injury sustained in the fall.

"We're excited to have Sarah back. She has not played enough. She's big and fast. The kind of midfielder that when you see her coming, you want to get out of the way."

Tucker says that fans should expect to see a talented and spirited side when the season starts on Feb. 16.

"We want to play fast. I think we'll be fun to watch," she says. "We want to be up-tempo and push the envelope. I expect we'll run a lot of bodies out there in order to keep that level of speed the entire game."

And they'll shoot, a lot. Tucker has urged the team to take at least 10 more shots per game. The aim, she says, is to put more pressure on the opponent's goalie and to score early and often.

"We want to be front-runners," she says. "We're going to turn all of our players loose."