Pierre-Gerlier Forest has been appointed director of the newly named Johns Hopkins Institute for Health and Social Policy. 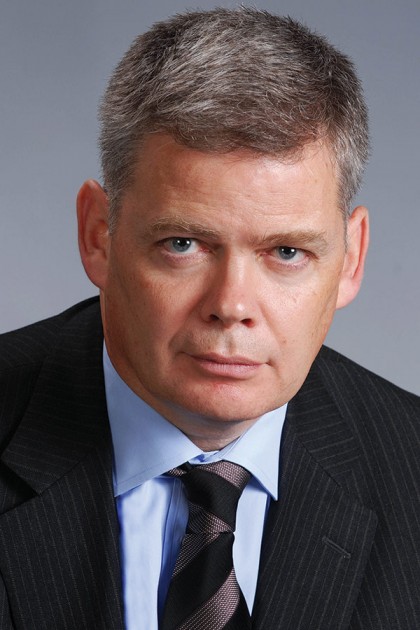 Image caption: Pierre-Gerlier Forest, director of the Institute for Health and Social Policy

Formerly known as the Johns Hopkins Institute for Policy Studies, the institute was renamed to reflect its new home in the Bloomberg School of Public Health and its Department of Health Policy and Management.

Forest, well known for his work in the areas of health policy and the governance of health care organizations, brings a broad range of experience in scholarship, research, and practice to Johns Hopkins. Most recently, he had served since 2006 as president and chief executive officer of the Pierre Elliott Trudeau Foundation, and has held several positions in Canadaís Ministry of Health. He spent most of his academic career at Universitı Laval in the City of Quebec, where he was a professor of policy analysis and public management in the Department of Political Science.

"We are thrilled Dr. Forest has accepted our offer and has agreed to leave his native Canada to chart a new course for the institute that will resonate for decades to come," says Ellen MacKenzie, the Fred and Julie Soper Professor and chair of the Department of Health Policy and Management. "His vision, experience, and passion for improving the governance of health care organizations and delivery systems, and on the development and implementation of social policies that improve lives, will broaden the impact the institute will have in the public health arena."

"The Bloomberg School is excited to recruit such an incredibly experienced and capable researcher, educator, and administrator as Dr. Forest to lead the Institute for Health and Social Policy," says Michael Klag, dean of the Bloomberg School. "His visionary leadership, teamed with the institute's integration into the Department of Health Policy and Management, only serves to reconfirm the institute's rich legacy of tackling the toughest problems in health and social policy."

Originally established in 1963 as the Center for Metropolitan Planning and Research, with a focus on research in urban policy in the United States and internationally, the center was renamed and repositioned in 1985 as the Institute for Policy Studies, with the mission of strengthening public policy through rigorous analysis of the most pressing social issues. Building on its strengths in policy research and education, and the assets of the Bloomberg School of Public Health, it was recently renamed to focus greater attention on health and social policies that affect peopleís health and quality of life, and the countryís productivity. The Master of Public Policy degree, taught primarily by IPS faculty, will retain its character as a broad-based public policy offering with areas of concentration spanning health, social, environmental, and education policy.