Leading the way in public health

There have been times in the course of human existence when being in contact with anyone—even a loved one—has filled entire populations with a terror almost beyond reason. When disease, disfigurement, and death begin to lurk in every formerly safe haven, a mere whispered word is enough to strike fear into the most stouthearted. Influenza. Polio. Smallpox. AIDS. Each, in its own way, was for a time a 20th-century version of the plague. That these infectious agents never achieved the kind of utter devastation wrought by that medieval malady wasn't luck but often the result of dedicated—and some might say fearless—public health leaders to be found at the Johns Hopkins School of Public Health. 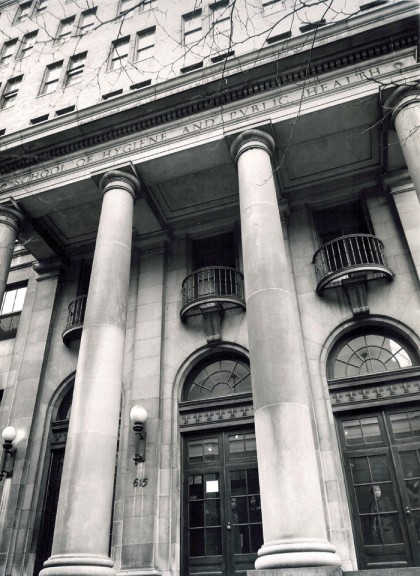 "Saving Lives ... Millions at a Time"—the official motto of the school, now looking ahead to its centennial—might seem like an audacious boast, except that, as they say in the slang of the streets, the people there walk the talk. Fact is, they've been expected to do so since their very beginnings, back when Babe Ruth was still wandering the streets of Baltimore. Abraham Flexner, the man whose 1910 landmark report cited Johns Hopkins as the world's finest model for medical education, was, along with his brother, Simon, commissioned by the Rockefeller Foundation to choose a university best suited to define the then-emerging field of public health. The foundation wasn't being entirely altruistic—it had plenty of workers, especially in Latin America, who were dying of infectious diseases, which was certainly bad for business—but the Gatesesque money it was promising was still enough to launch a completely new field of endeavor.

Johns Hopkins prevailed over other prestigious suitors (notably Harvard and Columbia) for Rockefeller's funding, based on both location and reputation. It was thought that having the country's premier public health school located near the nation's capital would help influence public policy, and in William Henry Welch—the first dean of the Johns Hopkins School of Medicine—the Flexners felt they were getting one of the world's top medical minds to extend his talent and vision to public health.

Thomas says that in conducting her extensive research for the book, she was astounded to see just how deeply over the decades Johns Hopkins faculty became the go-to experts on a host of worldwide health crises. "The people at Hopkins were consulting to or were actively involved in every major public health organization, such as the Public Health Service, the U.S. Agency for International Development, the World Health Organization, the Centers for Disease Control," says Thomas, citing polio as an example of Johns Hopkins' influence on the taming of a national scourge. "The group that was the scientific advisory board to the National Foundation for Infantile Paralysis, which funded all the polio research being done that eventually led to a vaccine ... three out of the six people on that board were at the School of Public Health. It's always been a really pivotal institution."

Ironically, conquering polio almost led to the school's downfall. Hard as it is to believe now, given our knowledge of ongoing dangerous infectious diseases such as HIV, HPV, and hepatitis C, by the early '60s some leading thinkers were claiming infectious diseases were no longer a concern. D.A. Henderson, dean of Public Health from 1977 to 1990 and the man widely credited with eradicating smallpox, notes that virologist MacFarlane Burnett, winner of the 1960 Nobel Prize in physiology or medicine, predicted in 1962 that "one can think of the middle of the 20th century as the end of one of the most important social revolutions in history, the virtual elimination of infectious diseases as a significant factor in social life."

"It was a strange statement," says Henderson, theorizing that Burnett and his acolytes were caught in a kind of vaccine fever, with the polio vaccine soon followed by the 1962 licensing of the measles vaccine. The successful use of antibiotics against infections such as strep and pneumonia only added to the optimism. Henderson, given his infectious disease background, virulently disagreed with the idea of vaccines as cure-alls but, with research monies for the school drying up, realized that the school would have to broaden its reach to survive. 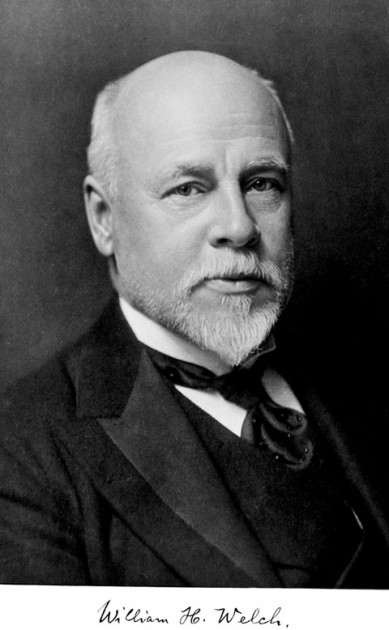 Henderson's most important move was the Public Health equivalent of "Love thy neighbor." There was a saying around the school for decades that "Wolfe Street is the widest street in Baltimore." It was a none-too-subtle way of acknowledging that before the '60s, faculty at the School of Public Health had little interaction with their colleagues across the street at the School of Medicine. That had begun to change with Abe Lilienfeld's establishment of the Department of Chronic Diseases and gained some momentum with the school's 1962 establishment of the General Preventive Medicine Residency. Still, the dual-degree concept of MD and MPH, which is common now (one out of every five current Johns Hopkins medical school graduates has both degrees), rarely occurred at Johns Hopkins before the '70s. Henderson extended the olive branch to then School of Medicine Dean Richard Ross, a cardiologist interested in how public health could influence rates of cardiac disease.

Through the work of Henderson and Ross, joint appointments began taking place, and phenomenal accomplishments began occurring. Ophthalmologist Al Sommer, researching the role of vitamin A and blindness in impoverished countries, used his epidemiological background to discover that not just sight but lives could be saved by a mere four-cent dose of the vitamin, a cost that even countries with almost no annual health spending could afford.

Henderson and Sommer, who became dean of Public Health in 1990, greatly expanded the size and scope of the school—literally. In 1979, the two founded the Dana Center for Preventive Ophthalmology (Sommer was its initial director). Sommer also is credited with influencing Johns Hopkins alumnus and chair of the board of trustees Michael Bloomberg, now mayor of New York, to help fund a new building for the school, which in 2001 was renamed the Johns Hopkins Bloomberg School of Public Health in recognition of his advocacy and support. The number of faculty has jumped into the hundreds, and they come from all walks of experience and expertise: physicians, engineers, nurses, lawyers ... even a philosopher bioethicist, notes Bob Black, who has chaired the Department of International Health since 1984. This kaleidoscope of viewpoints and knowledge has led to the school's being something akin to a Swiss Army knife for solving public health issues. "We work with countries directly, providing technical assistance and [helping them] set priorities," says Black. "We've developed an analytical tool called the 'Lives Saved Tool.' It takes their current [prevention and treatment] programs and their aspirations—say, increasing the proportion of people who sleep under mosquito bed nets [to prevent malaria]— and we can model what the change in that coverage would mean for mortality reduction."

Johns Hopkins' global educational reach has also been extended through the Internet and distance learning. Under current Dean Michael Klag's leadership, more than 100 of the school's courses are now available for free online. "Our faculty have this passion for improving the health of people around the world, and this is one manifestation of that," says Klag of their Web outreach.

Domestically, the public health tools most sought out by researchers are biostatistics and epidemiology, as in designing, conducting, and analyzing studies that are the most scientifically rigorous, and thus least prone to error. For Marie Diener-West, the growth of computing power has completely changed her field of biostatistics since she was a Public Health grad student in 1977. She says that the sophistication of computer technology and statistical modeling has made possible the breakthrough known as multicenter clinical trials, which allow researchers to recruit the large number of patients necessary to truly test findings. Many well-known, national long-term studies, including the Multi-Center AIDS Cohort Study, are conducted and analyzed in centers within the school.

Diener-West, who also is chair of the school's Master of Public Health program, notes that many clinical researchers—especially those who are just beginning their careers and have yet to establish a track record—now see biostatistical and epidemiological training as crucial to getting their grants flowing. "New investigators apply for NIH clinical training awards—so-called K awards—which are reviewed by diverse committees that are looking at the design of the study, the proposed statistical methods, and the potential biases. So if [the investigators] haven't had that training, they won't necessarily produce a high-quality proposal. It's not just the name of the institution; it's that they have a quality proposal to show," she says.

That expectation of quality work, no different today than a century ago, has only been enhanced by the number of programs that the Johns Hopkins Bloomberg School of Public Health now offers. Ten departments, six masters programs, three doctorates ... from biology to health policy to population and reproductive health, it's hard to find an area of public health in which the school is not engaged. Take a cellphone, for example; to some it's just a teenage appendage, but in the hands of David Celentano, it's the best way to reach an impoverished population with health reminders. "Cellphones are the way we do surveillance now," says Celentano, the chair of Epidemiology. "In rural India, we use cellphone text reminders for people to take their meds. Ninety percent of [that country's] population now has access to a cellphone. In fact, people who take part in our studies aren't paid in dollars anymore; they want to be paid in cellphone minutes. And we don't lose our study participants anymore. It's really quite exciting times."

Just imagine what the next hundred years will bring.