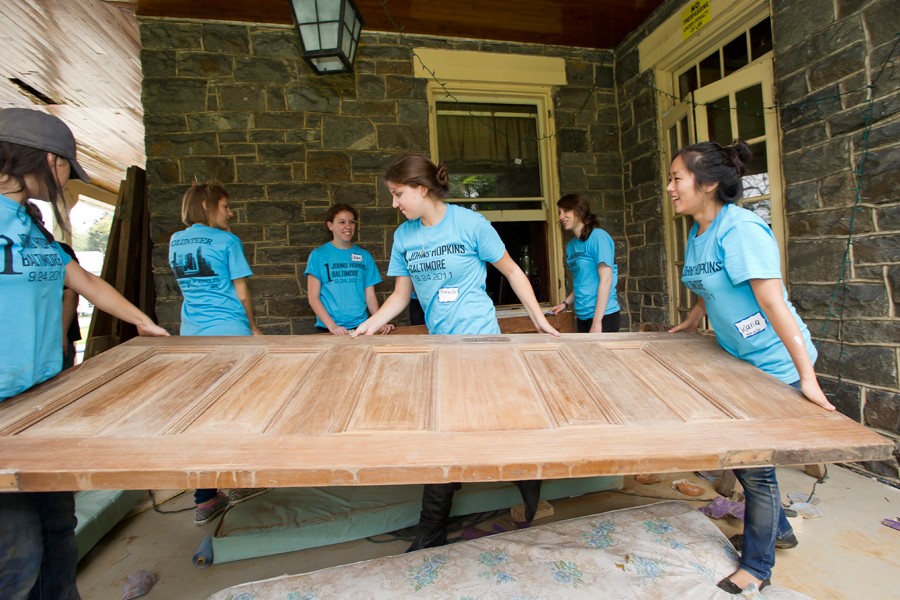 Image caption: Oct. 27 / Hundreds of students will lead the way when members of the Johns Hopkins community fan out into Baltimore for the annual President's Day of Service. More than 800 are expected to participate in the event, which launches from Homewood's O'Connor Recreation Center and runs from 10:30 a.m. to 4 p.m.

The Office of Student Life's Fall Fest arrives for a four-day run on the Homewood campus.

Lennart Anderson, one of the elder statesmen of American representational painting, presents a slide talk on his work at 5:30 p.m. in Levering Hall's Arellano Theater, Homewood campus. Learn more

L.A. Confidential is one of 17 flicks in this year's Film Society series at Homewood titled The Corman Academy: Tracing Hollywood Icons Back to Their B Movie Roots. It screens at 7:30 p.m. in 50 Gilman Hall.

Former Republican presidential candidate (as well as onetime Utah governor and ambassador to China) Jon Huntsman addresses the Milton S. Eisenhower Symposium—whose theme this year is "The Power of the Individual"—at 8 p.m. in Homewood's Shriver Hall.