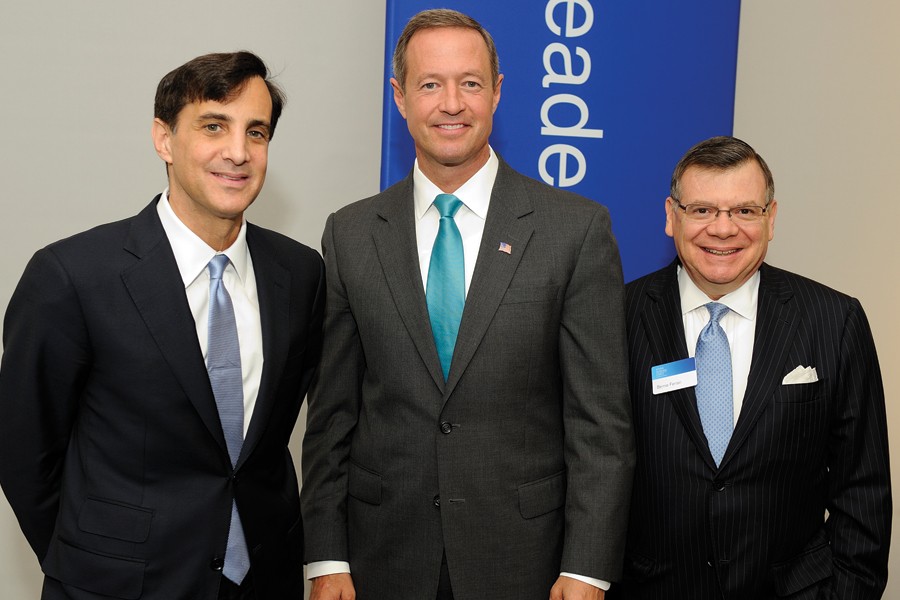 Describing his state as being "at the epicenter of a revolution in technology, discovery, and healing," Maryland Gov. Martin O'Malley launched his administration's Jobs and Opportunity Tour as the featured speaker at the Johns Hopkins Carey Business School's Leaders + Legends lecture on Sept. 12.

O'Malley, the inaugural speaker for the lecture series' fifth year, added that this revolution signals "a fundamental reinvention of the ways in which we are feeding, fueling, and healing this very stressed and changing world of ours."

Maryland, according to O'Malley, is uniquely situated to respond to and benefit from the formidable challenges such a sea change presents, citing the area's highly skilled workforce, outstanding educational institutions, strong federal government anchors, and diversity of culture, geography, and people.

Voicing a special appeal to the Carey students in attendance, the governor urged them to base their careers in Maryland upon graduation. "As you visualize where you will be five, 10, 15 years from now, we hope that you see yourselves in our state," he said, adding, "You have a unique opportunity to be a part of this revolution."

Citing "the great irony of our times," O'Malley noted that the vastness and degree of the challenges facing humanity today, including climate change, dwindling resources, the threat of terrorism, and lack of access to health care—what he termed "big, scary globals"—has had the effect of "driving innovation in every sphere of education, technology, and life sciences."

"That's where you come in," the governor informed his audience. "Our competitive advantages in Maryland are the answers to the challenges I just mentioned—the life sciences, clean tech, green tech, health care, information technology, cybersecurity, space, global trade, and advanced manufacturing."

O'Malley pointed to Maryland's rising rate of new business creation, now ranked 20th among the states, as a critical component in maintaining that competitive advantage, along with Maryland's No. 1 rankings in education, research, development per capita, and innovation. "In this changing global economy, the states, countries—and yes, companies—that succeed in leveraging innovation for job creation, opportunity, and growth will be those who succeed in making their children net winners," he said. "That's our greatest economic challenge."