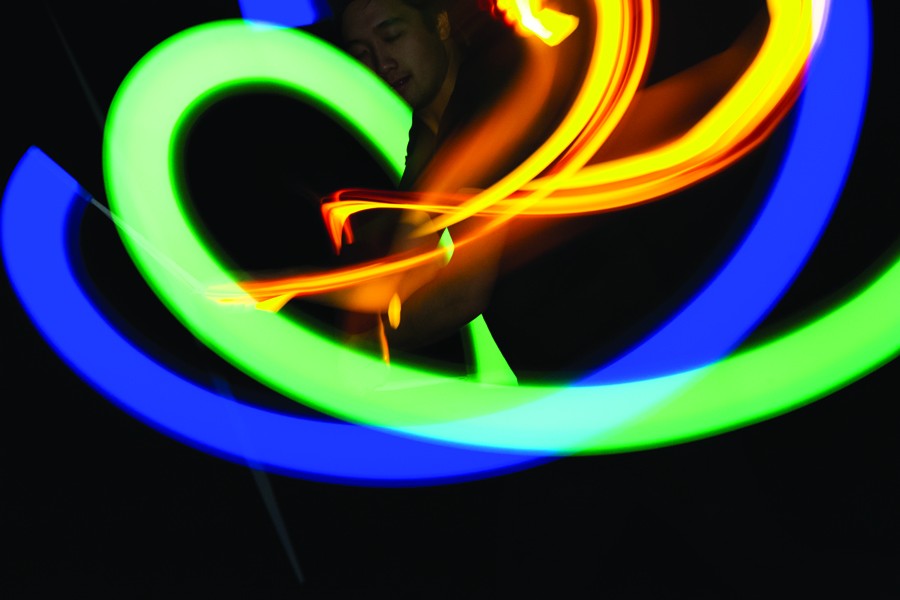 Paul's declaration set the tone for an evening of terrific entertainment that featured 16 acts by more than 40 graduate and undergraduate performers. The students yo-yoed, danced, created art with glowing light sticks, sang French opera and Turkish music, and did magic tricks while vying for cash prizes before an enthusiastic audience.

Held Oct. 25 in Homewood's Shriver Hall, the event was part of the Engineering School's centennial celebration. Andrew Douglas, WSE's vice dean for faculty, served as a judge and observed, "The breadth of talent on display was amazing—it was a blast." His greatest challenge: "How do you compare a French opera duet with an astounding Chinese yo-yo performance?" Fellow judge Dan Naiman, chair of Applied Mathematics and Statistics (and an accomplished blues musician), agreed. "It was fantastic. I was surprised by the level and diversity of talents that crossed all genres and by how polished the performances were, from the emcee to the music and dance and some acts I'm not even sure how to classify."

At night's end, the judges' scores were tallied and first prize was awarded to Tim Ng, a sophomore majoring in computer engineering, who wowed the crowd with his skills with Chinese yo-yos. Coming in second was magician Ronnan Carrero, a freshman majoring in materials science, who brought with him his own cheering section. And third prize went to Jerald Liu, a computer science sophomore whose performance, Lightscape, featured a dance with light sticks set to original music.