Johns Hopkins cognitive scientist Barbara Landau has won a 2018 William James Fellow Award from the Association for Psychological Science, an honor that recognizes individuals for their "lifetime of significant intellectual contributions to the basic science of psychology." 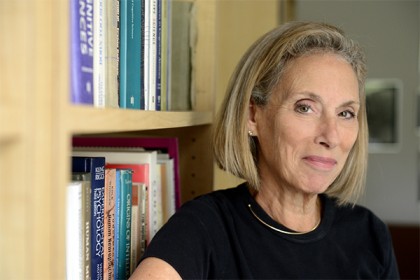 Landau, the Dick and Lydia Todd Professor in the Krieger School of Arts and Sciences' Department of Cognitive Sciences and director of JHU's interdisciplinary Science of Learning Institute, is being honored for her studies on spatial cognition and spatial language in normally developing, congenitally blind, and Williams Syndrome children. She has produced groundbreaking findings showing that spatial concepts and the language expressing them can develop normally, even with severe early visual deprivation, the association says.

Landau is one of four recipients of this year's Williams James Fellow Award. Other honorees are John T. Cacioppo of the University of Chicago, Jonathan D. Cohen of Princeton University, and Linda B. Smith of Indiana University Bloomington.

Winners will be presented with the award on May 24 at the opening session of the 2018 APS Annual Convention in San Francisco.