Thinking about retirement? This Office of Faculty Development is too 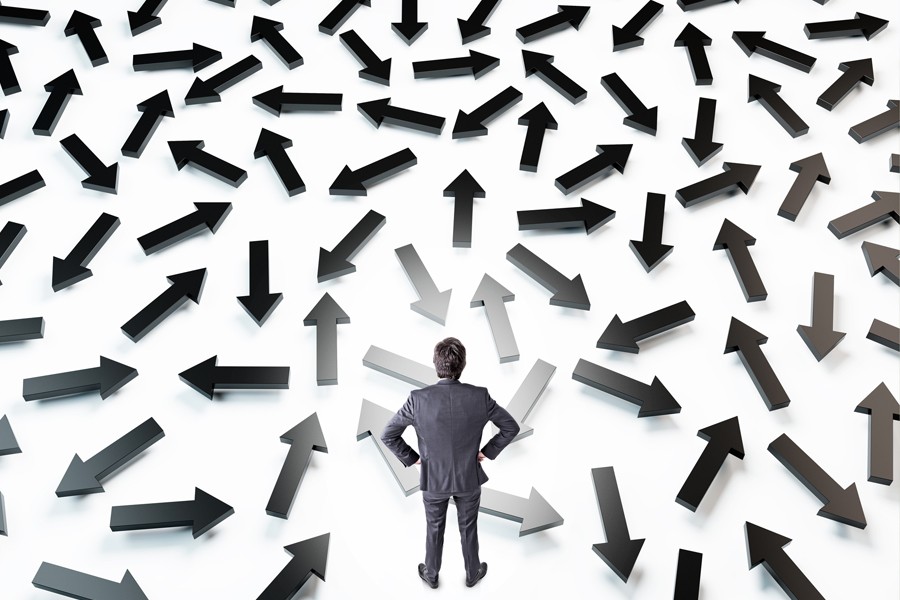 If you're senior faculty approaching retirement age, you probably have a lot of questions about what lies ahead. How will you know when it's time to step down? Which passions will you pursue in your golden years? Will you find happiness once you're no longer donning a lab coat, running a department, or sleuthing medical mysteries full time?

It was with such questions in mind that the School of Medicine's Office of Faculty Development kicked off its Senior Faculty Support and Transitions Series, which is intended to help bridge a gap in information about retirement specific to medical school faculty, as well as offer mentoring to senior faculty, says Cynthia Rand, senior associate dean for faculty and a professor of medicine.

"These are stories that we don't often hear because of the nature of people transitioning into retirement," Rand said. "They're around less often and may not share the same tales of 'what did you learn? What would you recommend?'"

Future sessions in the series will dive into more specifics about benefits and the mechanics of retiring, as well as exploring the experiences of a wider variety of faculty—from basic scientists who want to remain involved to faculty members who opt to focus solely on travel, family, charity, or business ventures unrelated to medicine.

Some of the tips and insights the panelists shared:

Think about who you want to be

Do you want to remain professionally involved in some way or sail off into the sunset for a new life outside of medicine? What do you see as your primary self-image? What are your compelling interests in life? The answers will help you decide how involved you'd like to remain in your field, says Goldberg, who also recommends considering the culture of your department. If its senior faculty are encouraged "to hang around and play an important role," you'll likely find more opportunity for meaningful involvement, he says.

Choose your timing, plan ahead

Kern, now an emeritus professor of medicine, advises "going out at the top of your game" in all stages of your career. But the exact timing might be driven by a host of factors—financial, personal, and professional. If you're worried, as Zink was, that an untimely exit would wreak havoc on your department, for example, you'll want to time it carefully (she waited until certain grants wound down).

You'll also want to begin the process well in advance, says Ziminski, who began discussions with her department head years prior to her retirement from full-time faculty in 2014 (she's now part-time faculty).

Kern recommends reading up on retirement, accessing resources offered by OFD and others, and talking to people who've done it. Just remember that your particulars may vary. As Kern notes, "You're not like anyone else."

Expect a change in status

Kern says he found making way for the next crop of leaders harder than he'd expected, but "I find I still maintain respect and influence by gracefully giving up roles," he says.

For Zink, who "was intensely identified with being an HIV researcher," stepping away from work entirely was unthinkable. Instead, after retiring in 2015, she began work as a consultant in another area she holds dear—canine sports medicine. "I have not regretted it for a day," she says.

Whether your new role is as doting grandparent, teacher, researcher, doctor, administrator, or a blend of several roles, "in the end, you have to be waking up in the morning with joy about what you're going to do that day," Zink says. "You have to do what you're passionate about," adds Rosenthal, who is now professor emerita of pathology/cytopathology and also devotes more time to her grandchildren, her husband, and even herself. A pianist in her younger years, at the age of 65 Rosenthal enrolled in Peabody's adult music program to reconnect with her musical interest.

Don't be surprised if you're still busy

Hard-charging professionals in any field are likely to push themselves even in retirement. For Zink, pursuing excellence is a given, no matter the field. Without the pressures of her old job, she says, she was able to exercise more, lose 75 pounds, and focus her efforts on her consulting work. As a researcher, she'd always sought to excel. "Now I'm the same, just in another field."

Expect to negotiate the particulars

Details on how and when you'll bow out, malpractice insurance, health benefits, and even parking are issues to be discussed with the head of your department. And don't wait for that person to start the discussion. "You have to grab the bull by the horns," Rand says.

Anyone with a robust professional past will likely want to consider his or her legacy. For some, maintaining an active but less than full-time role can be a way to pass along knowledge, in addition to offering professional fulfillment. Goldberg—who joked that he's "a bit of a pack rat"—recommends curating important papers and records as well. "People throw files away, but I think that's terrible because it's a remarkable treasury," he says. Instead, he opted to entrust his files to Johns Hopkins' Alan Mason Chesney Medical Archives.

Interested in hearing more from the panelists? You can view the full Life After Retirement From Hopkins discussion online.

The series is just one part of an ongoing effort by the School of Medicine's Office of Faculty Development to aid faculty in their transition to retirement. OFD also plans to launch a retirement website this summer that will be a "one-stop-shopping" resource of faculty-specific information on retirement. The office is also in the beginning stages of creating an emeritus college for School of Medicine retirees.