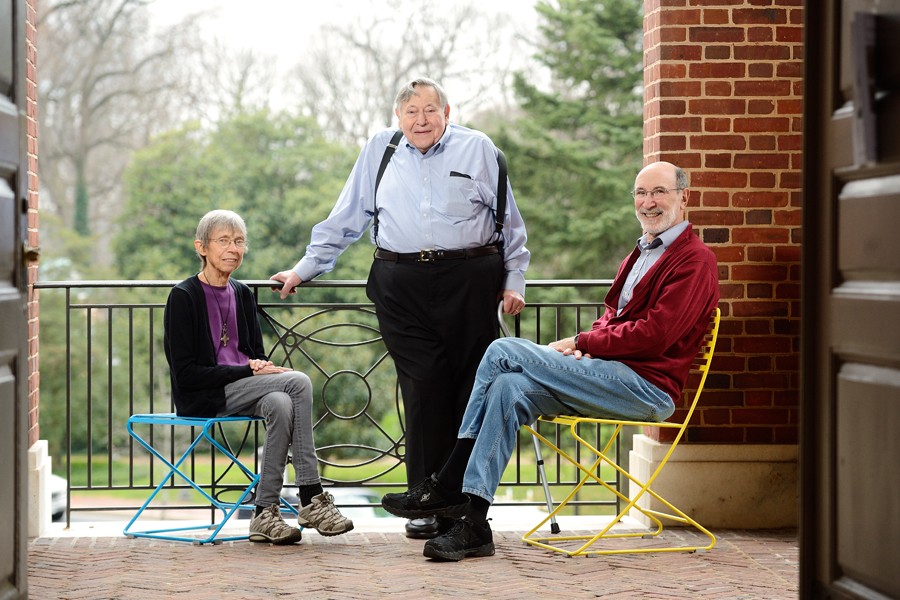 Lenny Brand taught biology for half a century at Johns Hopkins, arriving on campus early each morning to get some of his tasks out of the way. He's officially retired now, but he still makes it to his office at Homewood every day. 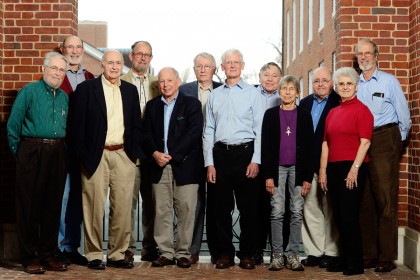 "The only difference is now I tend to come in a little later," he says.

Like many professors, Brand couldn't imagine a retirement that meant simply cutting ties with the institution that had hosted his full academic career. He prefers to remain engaged with the Biology Department, and he continues to teach a freshman seminar each semester.

"For some people retirement is like falling of a cliff," Brand says. But having spent his entire career at Hopkins, he says he "feels close to the institution and still enjoys being part of it."

A key hook for keeping Brand and others like him involved is membership in the Academy at Johns Hopkins, an institute for retired faculty of the Krieger School of Arts and Sciences.

Founded in July 2012, the Academy offers a formal structure for these professors to continue their scholarship through research, collaboration, and organizing and attending academic events.

There's also a range of more tangible benefits. The Academy offers a health care incentive stipend of $4,000 a year, a research allowance of $2,000 a year, library and email privileges, and office space in the Greenhouse building behind Gilman Hall. Faculty hold the title of Academy Professor in addition to any other titles they may hold, such as Professor Emeritus.

"It can be seen as an incentive for retirement because it creates an institutional forum for people to remain engaged," says Sara Berry, who is now chair of the Academy after teaching history at Hopkins for 21 years. She notes that "Hopkins is something of a leader in this," with no other university in the country offering a post-retirement structure quite like it.

And since it's still fairly new, the concept is continuing to evolve. Berry says members are progressing in talks about "what the Academy as a group, as a collective project, could become" at Hopkins in the future.

For Berry, membership means she continues to write, publish, attend conferences, and advise graduate students. The Academy's budget also helped her steer a 2013 workshop on the Sahel region of West Africa.

For Karl Alexander, the retired chair of the Sociology Department, the Academy is helping underwrite a conference at Hopkins he's co-organizing for next October, marking the 50th anniversary of the Coleman Report for education equality.

Currently there are 18 Academy members, representing fields ranging from experimental high energy physics to economic theory to social anthropology. Tenured faculty are eligible if they have worked at the Krieger School for more than 30 years, or if they're over 55 and have been at Krieger for more than 10 years. Though the Academy members aren't considered university employees, they're expected to engage actively in Hopkins events and to pursue research of some form.

Academy members also meet up with each other monthly on campus. Typically at these gatherings, one professor will give a talk related to his or her academic specialty—retired Earth and Planetary Sciences Professor Bruce Marsh, for example, recently spoke about his explorations of Antarctica.

"The fellowship and intellectual stimulation that comes with it are foremost," says Alexander, who notes that in his 42 years on the faculty he "mostly stayed in [his] office" and didn't get to know many professors of other disciplines.

Alexander says the option of the Academy "made it easier to contemplate retiring" in that he didn't have to give up his academic lifestyle. Though he says his schedule is more relaxed these days, he maintains a full plate of activities: In addition to putting together the fall conference, he's traveling in conjunction with his recently released book The Long Shadow, co-editing a book about summer learning issues for low-income children, and working on an initiative to increase diverse enrollment at Baltimore schools.

For Brand, the combination of continued scholarship and greater freedom is one of the Academy's best assets.

"Young faculty members have to apply for grants and worry about promotions," he says. "A retired faculty member has more free time and can be a resource for the university in mentoring students and young faculty, and in outreach to the community. The Academy provides a convenient venue for us to contribute."