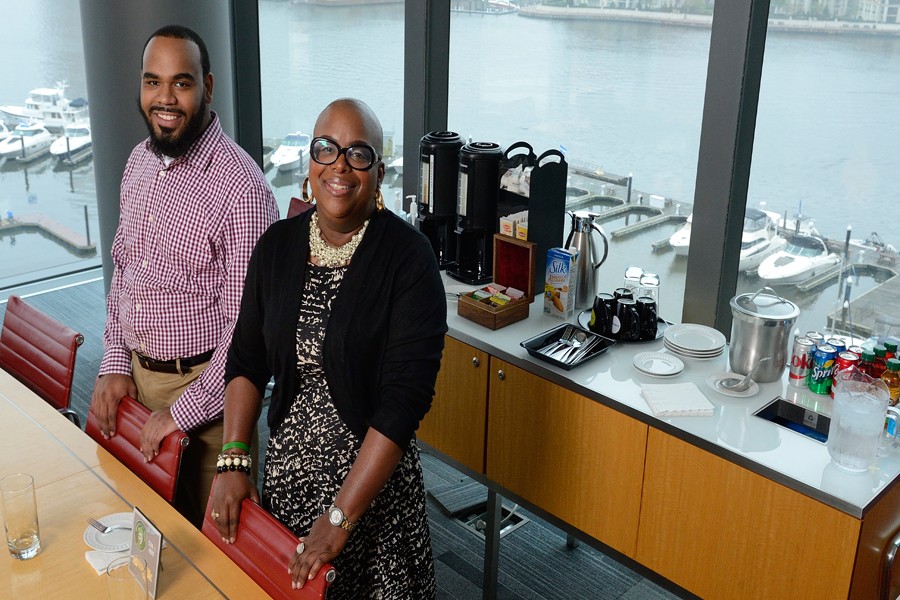 Image caption: Richard Robinson and Samartha Phifer lead the Carey Green Team, which helps ensure that the school's events generate no trash that winds up in the incinerator

How can you host an event without producing any waste? It may sound like an idealistic goal, but a team at the Johns Hopkins Carey Business School is showing it can be done.

Whether helping a faculty member host a coffee meetup or an administrator set up a conference for 50, the Carey Green Team knows how to make sure that the event generates no trash that winds up in the incinerator.

Instead of printing invitations or meeting agendas on paper, for example, the team members will make sure everything's digital. With plates and utensils, they'll help provide reusable items and glassware instead of disposables. And they'll supply coffee products in bulk to avoid wasteful single servings.

"It all starts with understanding what factors to pay attention to, and a few simple changes later, you can transform your event to zero waste," says Richard Robinson of Carey Campus Operations, who leads the Green Team in offering such services along with his colleague Samartha Phifer.

For these efforts the pair recently received recognition from the Johns Hopkins Office of Sustainability, which presented them with the Zero to Hero honor during the annual Green Blue Jays Award ceremony.

The Operations Office serves as the central hub for the Carey Green Team, a network of faculty and staff working to advance sustainability at both the Harbor East and Washington, D.C., campuses of the business school. Robinson and Phifer helped launch the group five years ago and continue to take part in its activities.

In planning events, anyone from Carey can request the Green Team's help by emailing carey.greenteam@jhu.edu. When catering is involved, the team can find a provider that meets sustainability standards or work with the caterer on zero waste goals.

One new measure it's put in place is a program launched by Keurig that addresses the wastefulness of single-serving coffee pods by collecting and recycling used pods rather than tossing them in the trash. According to Robinson, that program has now recycled more than 85,000 pods to date at Carey.

The zero waste events are just one part of a larger sustainability movement that Carey Operations has helped steer at the business school over the past few years. That's involved a broad culture shift, Phifer says.

"We learned early on that sustainability efforts meant change, and people can be resistant to change. We had to grab their attention, and in doing that we had to educate them," she says. "We needed everybody to take a moment to learn about why everything can't just be trash."

Their first major effort involved looking at office supplies, guiding a shift toward buying products in bulk, using 30 percent recycled paper, and centralizing orders through the Operations Department. Initially that meant higher prices, but "over time, the cost has leveled out" with the payoff of reduced waste, Phifer says.

The operations team is also focused on the goal of making every office at Carey "green-certified", according to the matrix of standards set by JHU Sustainability. As of this spring, eight Carey offices have earned that badge.

Other marks of progress Phifer and Robinson have overseen include setting up IT recycling bins at designated spots across Carey and transitioning security staff to an automated paperless system for their night rounds. And to foster a communal spirit, the Green Team hosts regular group oyster cleanings on the Chesapeake Bay. 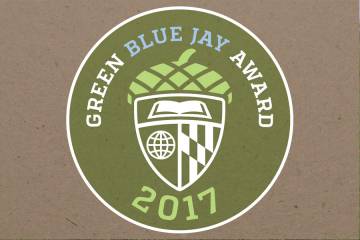