Mariale Hardiman, vice dean for academic affairs and a professor of clinical education at the Johns Hopkins School of Education, has been named interim dean of the school. 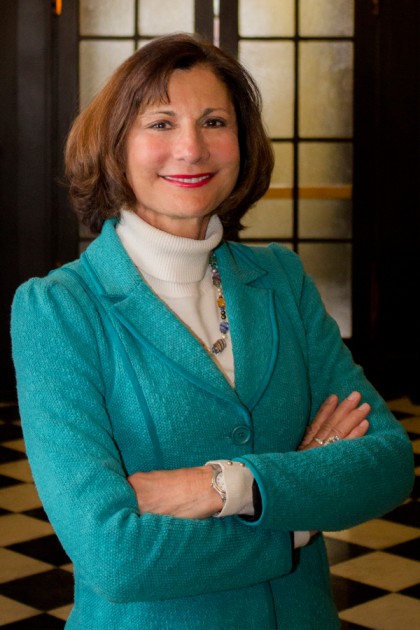 She will assume the post April 1, when the current dean, David W. Andrews, takes over as the next president of National University, the second-largest private nonprofit university in California.

"Given the strong leadership she has provided the school over the past nearly 10 years, including her previous service as interim dean, we are confident Dr. Hardiman is the right person to take on this important role," university President Ronald J. Daniels and Provost Robert C. Lieberman wrote in a Feb. 24 announcement to faculty, staff, and students.

With the objective of having a new dean in place by the start of the 2016–17 academic year, a nationwide search will launch in the coming weeks, they said.

As interim dean, Hardiman will lead critical near-term initiatives, including continuing the growth of the School of Education's research portfolio, facilitating the strategic planning process, guiding the school through accreditation, advancing efforts for greater racial diversity and inclusion as outlined in the Faculty Diversity Initiative, and providing ongoing stewardship of the Henderson-Hopkins K-8 school and the Harry and Jeanette Weinberg Early Childhood Center.

Hardiman earned her doctorate in education at Johns Hopkins and is co-founder and director of the School of Education's Neuro-Education Initiative. Her research and publications focus on enhancing educational practices through techniques that foster innovation and creative problem solving. She joined Johns Hopkins in 2006 as assistant dean for urban school partnerships and chair of the Department of Interdisciplinary Studies in Education and was interim dean from February to September 2010.

Previously, Hardiman had served the Baltimore City Public Schools for more than 30 years in a number of different capacities. As the principal of Roland Park Elementary/Middle School, she led the school to its designation as a Blue Ribbon School of Excellence.