David L. Huso, an accomplished veterinary pathologist and member of the Johns Hopkins community for more than three decades, died suddenly at work on Wednesday. He was 59. 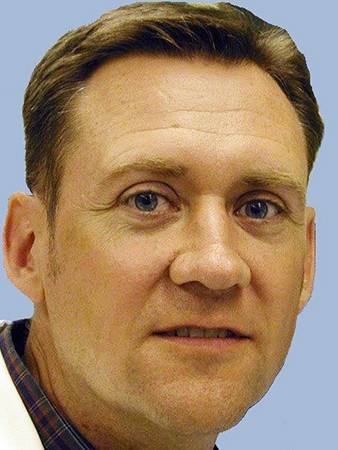 An associate professor in the Department of Molecular and Comparative Pathobiology and the Johns Hopkins Kimmel Cancer Center, Huso will be remembered as a talented researcher and a consummate teacher. Using mice as models for human disease, he gained valuable insight into the origins of—and potential treatments for—conditions that include autoimmunity, systemic inflammation, vascular disease, and cancer.

Huso studied at North Dakota State University, then earned a DVM from Iowa State University in 1980. He practiced as a veterinarian before coming to Johns Hopkins in 1984, where he completed both a postdoctoral fellowship in comparative pathology and a PhD in molecular microbiology and immunology. In 1990, he joined the faculty as an instructor. For much of the following decade, he headed a lab at Johns Hopkins Bayview Medical Center before returning to the East Baltimore campus in 1999.

Huso's expertise lay in developing and working with genetically engineered mouse models that emulated human diseases, which enabled him and his collaborators to gain valuable insights into the origins of those conditions and to test novel treatments. Much of his work concerned the molecular changes that lead to breast cancer.

"David was a superb mouse pathologist whose sharp eye guided scores of Hopkins scientists in the interpretation of models for conditions as diverse as autoimmunity, systemic inflammation, vascular disease, and cancer," said Stephen Desiderio, director of the School of Medicine's Institute for Basic Biomedical Sciences. "We will miss him dearly as a collaborator, colleague, and friend."

One testament to Huso's standing in the field was his Diplomate certification from the American College of Veterinary Pathologists. That certification, in the specialty of veterinary anatomic pathology, was earned through years of postgraduate training and a rigorous examination.

"Dave was legendary across generations of trainees for generously sharing his expertise—he was a great trainer and mentor," said Joseph Mankowski, interim director of the Department of Molecular and Comparative Pathobiology. "He was an exemplary veterinarian scientist who combined veterinary medical skills with a deep knowledge of comparative pathobiology and molecular biology to make the most of animal models of human diseases."

Many of Huso's graduate students and postdoctoral fellows went on to become top researchers and veterinary pathologists in their own right.

"He was a great scientist and also a real family man," said Sharon Molander, administrator for the Department of Molecular and Comparative Pathobiology, who worked with Huso throughout his time at Hopkins. "He was always patient and kind, and was well-liked and respected by all."

Huso is survived by his wife, Angie, and their four children. Arrangements for Huso's memorial service are now under way.