Robert Charles Cammarata II, a professor of materials science and engineering, member of the Hopkins Extreme Materials Institute, and leader in the Johns Hopkins University community for nearly three decades, died Wednesday from cancer. He was 58. 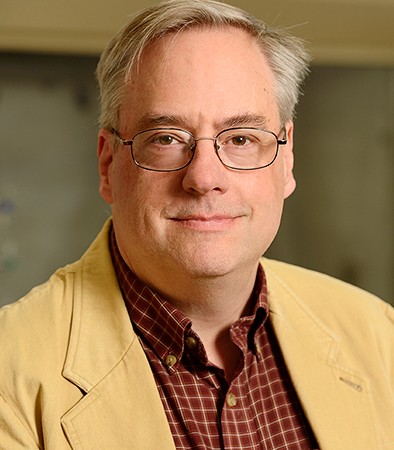 An insightful scientist, talented teacher, and mentor to students and colleagues, Cammarata joined JHU's Whiting School of Engineering in 1987 after completing a doctorate in applied physics at Harvard University and a postdoctoral fellowship at the Massachusetts Institute of Technology. He quickly established a reputation as a talented researcher and educator and took on leadership roles within the School of Engineering and the university at large.

"Bob was a kind, caring, and supportive friend and mentor to so many in our community," Dean Ed Schlesinger wrote in a message to the Whiting School community today. "His warmth, selflessness, and concern for others are the qualities that made him such an effective teacher and admired member of our faculty. His passion for his research and the caring he demonstrated toward his students and his colleagues set an example for everyone who knew Bob and are the legacy he has given to the Whiting School and to Johns Hopkins University."

On the academic front, Cammarata served as a member of the Homewood Academic Council from 2006 to 2011 and helped shape the Department of Materials Science and Engineering. While serving as department chair from 2003 to 2008, he oversaw the development of the department's nanotechnology and biomaterials concentrations. Cammarata was recognized with the McDonald Award for Excellence in Mentoring and Advising in 2010 for his ability to engage students' minds, elevate their spirits, and encourage their best efforts.

Cammarata received recognition for his studies on the fundamental thermodynamics and mechanics of thin films, the foundational materials science that underlies technologies such as computer chips and optical coatings. He was elected as a Fellow of the Materials Research Society in 2011 and the American Physical Society in 2012 for pioneering contributions to the understanding of thermodynamics and mechanics of surfaces, thin films, and nanomaterials, as well as to the synthesis, processing, and mechanical behavior of nanocomposites.

In recent years, his focus shifted to carbon nanotubes and developing cost-effective and more efficient ways of separating semiconducting nanotubes from metallic nanotubes. Cammarata and a former student, Stephen Farias, founded NanoDirect LLC to commercialize a technology to separate different types of nanowires and nanoparticles.

"Bob was many things—a dear friend, a mentor, a wonderful teacher and colleague, a deeply insightful scientist—and he will be sorely missed," said Jonah Erlebacher, professor and chair of materials science and engineering.

Cammarata is survived by his wife, Sharka Prokes; his brother, Ronald Cammarata; and his sister-in-law, Norma Cammarata. A death notice was published today by The Baltimore Sun.

Details about a memorial service at Johns Hopkins will be shared when they become available.