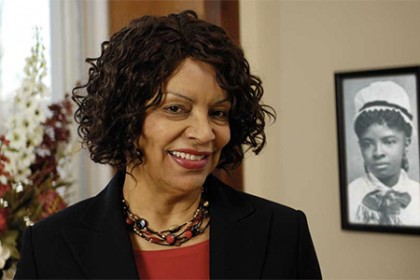 Gaston-Johansson, who started at Hopkins in 1993 and retired in June 2014, joins three other Hopkins School of Nursing faculty members in earning honors at the academy's annual policy conference in D.C. this week.

Now a professor emerita at Hopkins as well as a university distinguished professor, Gaston-Johansson is known for her research on pain management, end-of-life care, breast cancer, and health disparities. In 2007, she was named the first chair of the School of Nursing's Department of Acute and Chronic Care.

Distinction as a "Living Legend" is the American Academy of Nursing's highest honor, recognizing far-reaching and sustained impact on nursing and health care.

"I have cherished the opportunity to work with the American Academy of Nursing throughout the years, and I'm thrilled to accept this new honor and be recognized among my outstanding colleagues," Gaston-Johannson says, adding that her work "as a clinician, researcher, and educator is far from finished."

The nursing academy is also inducting three Hopkins nursing professors as fellows this week, not only acknowledging their career accomplishments but also inviting them to participate in the academy's programs and research.

Becoming "Academy Fellows" this year are Sharon Kozachik, who studies the mechanisms of pain and sleep disturbance, especially among those undergoing chemotherapy; and Jennifer Wenzel, who specializes in providing cancer diagnosis and treatment resources for urban African-Americans and other vulnerable groups.

Meanwhile, Laura Gitlin, who has led instrumental advancements in caring for older adults through her work on aging in place, depression among minority populations, and dementia, has earned the academy's recognition as an Honorary Fellow. 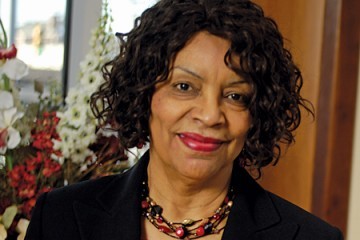 Nursing's Gaston-Johansson will retire in June