Stephen Gange, who has served as senior associate dean for academic affairs for the Johns Hopkins Bloomberg School of Public Health since 2013, has been appointed to the newly created position of executive vice provost for academic affairs in the university Provost's Office, effective Oct. 5. 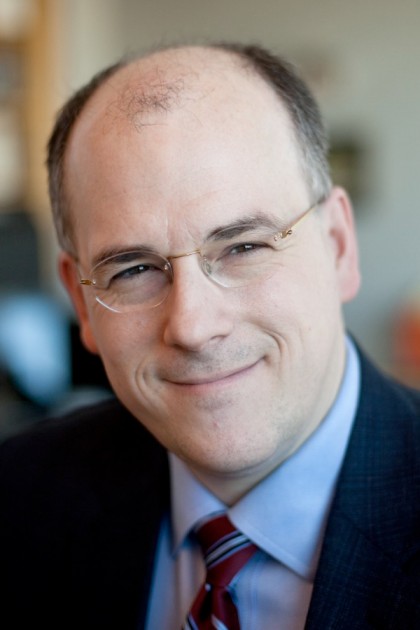 In this new role, Gange will collaborate with vice provosts, deans, and university leadership to inform the direction of the university's academic affairs. He will provide leadership to committees and task forces to drive the development of academic policies and initiatives. He will be charged with leading the effort to enhance the Johns Hopkins student academic experience, and will foster innovations in teaching and learning, among other responsibilities.

"As we pursue the goals set forth in the Ten by Twenty vision plan, our university is on an exciting course toward advancing academic excellence, interdisciplinary collaboration, and faculty support for research," said Robert C. Lieberman, provost and senior vice president for academic affairs, in a message to faculty and staff. "With such an ambitious agenda, I have decided to add this senior leadership position to assist in facilitating and advancing key academic priorities and initiatives."

Gange joined the faculty in the Department of Epidemiology after receiving his PhD in statistics in 1994. In 2007, he was appointed professor and subsequently served as deputy chair and director of the doctoral program. In his most recent role as senior associate dean, he oversaw the offices that facilitate and coordinate education, research, and practice activities.

He has been the primary instructor for onsite and online methods courses, and has led his department's Gateway Sciences Initiative for innovation and modernization of introductory courses. This year, he received the School of Public Health's Ernest Lyman Stebbins Medal recognizing outstanding contribution to the school's teaching programs.

Gage also has an impressive academic record of leadership with national and international HIV research studies and has directed several analysis centers and methodology cores.

"I have had the privilege of working with Stephen since I assumed the position of provost, and I am excited to have him join our team," Lieberman said. "I am sure that his knowledge of the university, spirit of collaboration, and commitment to supporting faculty and students will serve our community well."