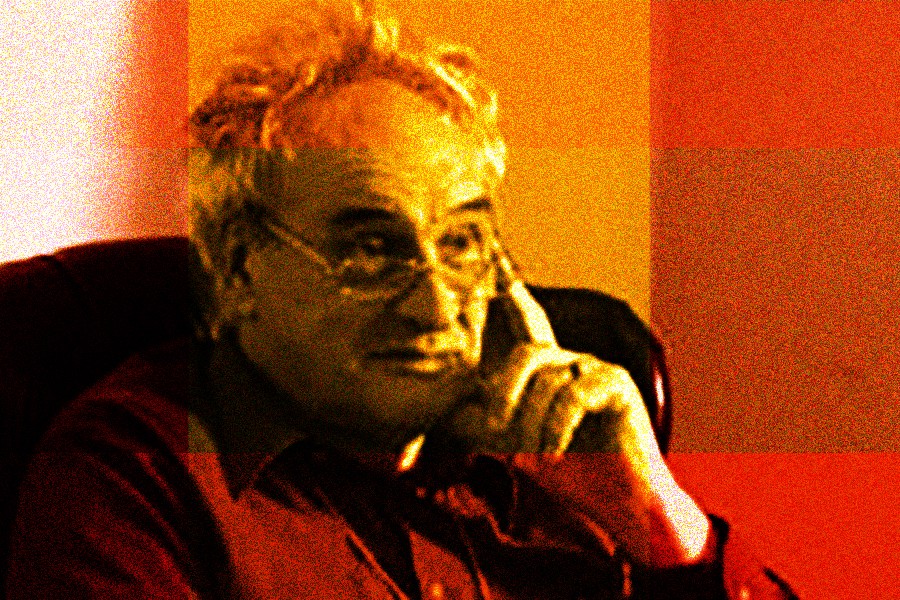 Roger Brunyate, artistic director emeritus of the Opera Department at Johns Hopkins' Peabody Institute, where he's been on faculty since 1980, claims that he is "totally the wrong person for you to ask about all of this [about building a career] except as a case of what not to do."

His unconventional path to becoming an esteemed opera director, librettist, and teacher says otherwise. Born in Northern Ireland and educated in England, Brunyate studied classics and science before earning degrees in English and fine arts from Cambridge University, all while pursuing music on his own, and finally devoting himself to opera full time in the 1960s.

He emigrated to the United States in 1972 to teach at Florida State University. Since coming to Peabody and in 1985 creating the Opera Étude program that creates new works through collaborative workshops with young composers and singers, he says the greatest things that he's learned over the past 40 years have emerged through the challenges of teaching his art. It's an impressive career for a man who describes himself as a "perpetual amateur."

What I've loved about Peabody and Hopkins is that when I came through the door, people said, Thank God you're here—we really need you. And people have been saying that ever since. To be able to have people I can call colleagues, who have studied music by all the traditional routes and have achieved such great artistry, and to be treated as though I also have something to contribute, that's meant a very, very great deal."

When I was 17, after saving up in vacation jobs all year, I visited the Wagner Festival at Bayreuth, seeing all the operas from Lohengrin on. Wagner was a recent passion of mine; I had heard a few records, read many books, and picked my way through the scores at the piano. Bayreuth was a revelation, not only hearing the operas live but seeing the work of the composer's grandson, the stage director Wieland Wagner, a genius in his own right. It had never occurred to me that stage directing could become my own profession; I did not even know that it was a profession. But I saw the eight operas in the evenings and spent the days in my hotel room, obsessively writing about what I saw. The seed was sown; I still have those notes.

I grew up around music and drama. My mother, a practicing physician before she married, was an accomplished pianist and singer, and an irrepressible mimic. I studied the piano myself but was never very good.

I had that rather peculiar English education of the time, that tends to much greater specialization than you find in America, though with greater risk of burnout. When I reached a point of satiation, I would look around for what might come next. And each time I would ask myself, How about music? And each time the answer came, No, I am not good enough.

I got a job as a research assistant on the James M. Whistler papers held by the University of Glasgow, but I hated research, and when a junior faculty position became available a few months later, I lucked into it. This was 1963, and 1964 would be the Shakespeare quadricentennial and the English Department was doing a production of Love's Labour's Lost. They asked me if I would design it, and I thought, Why not? I did a not-good design, but I was fascinated by the process, and I kept doing theater.

It was only when I had added two or three years' theatrical experience to my career as an art historian that I realized I might have a package of skills—my knowledge of literature, history, and some languages, plus my work in design, acting, and directing—which, with my amateur piano, could serve as my "instrument" in professional music.

I got a friend to arrange a meeting with the head of the Scottish Opera, who informed me of an opening as manager for their touring company. I went up to Aberdeen, had a wonderful interview, and I came back and it seemed fine. About a week later I got a letter saying that the present manager had decided to stay on after all, so no job. And I just sat down in a chair and went, Ugh.

The second thought that came almost immediately was that the decision If I get the job, I will give up art history was not an if decision at all. So I walked straight into the chairman's office, told him I was leaving, and wrote Scottish Opera that I was now a freelance director. I got a phone call the next day asking if I wanted to work as assistant at the next Edinburgh Festival, for expenses but no pay, and of course I agreed. It was my first big break, and everything else followed from that. I was very lucky to have landed in a career as an opera stage director, which allows me to practice all my hobbies as a profession. Since then, the challenge has been to hone the professionalism without losing the fresh vision and love of art that is the hallmark of the amateur.

In general, I have been either unfortunate or fortunate, whichever way you want to look at it, in that I got doors opened to me very quickly into some of the temples of the European opera scene, but before I had the background to translate that success into something lasting. I had good instincts but simply did not know enough. I remembered, though, that I learned most of what I know about art history through having to teach it to freshmen, so perhaps this would work for opera, too? So I wrote to about 50 American universities, got an offer from Florida sight unseen, and came over here in 1972. Although I made a mess of that first job, I found that I not only had something to teach but also a lot to learn myself from teaching, and have stayed in the business ever since.

Whether directing or teaching, I found that this "instrument" of mine was essentially that of a writer, a storyteller, though my understanding of that mechanism has evolved. Opera is telling a story to the audience; directing is putting all the ingredients together to make that story clear.

But I have gradually come to think of directing as telling the story to the performers in such a way that they take it over, own it, and tell it as a personal narrative. It is different from simply following a story like a streetcar running on rails. Instead, let's think of it as a bus. And let's see if simply by steering the bus—the text, the music, the characters—we can get it to come to the same destination that the rails would have taken us. It's a subtle distinction but I think a very important one. It involves trusting one's performers. It involves rejecting the concept of opera as an elite art form and starting from the assumption that opera is a real medium with characters who at some level are real people with real dilemmas.

One of the things that I still do a great deal of at Peabody is coach singers individually. I used to treat this from a dramatic point of view. Imagine yourself into the character singing this aria: Where is she? She's outside her cabin at night talking about going away. Try changing that. Maybe she's at a bus stop with a suitcase already packed. Start there and imagine it and let's see if she gets on the bus or not. That is something I've done a lot.

But more recently I've been asking questions about a piece of music in its own terms. Assume the character is writing her own music: Why does she choose this mood, this key, this tempo? When she sings the same material again, what has changed in the second or third time around? And then how does this work in terms of the way you can articulate the music, in the choices you make, say between momentary harmonies as opposed to the longer lines? What I'm finding is that such coaching has very little to do with me as a stage director but every bit as an interpretive musician. And that is very exciting.

I had an interesting experience last night. I was playing Mozart's Sonata in B-flat major, K. 333, to myself, but have tended to like the slow movement less than the other two. Some time ago, it struck me that the mood of this piece, in E-flat major, is a little bit like the serenade sung by the disguised lovers in the second act of Così fan tutte, as part of a masquerade to woo the two ladies.

But last night as I was playing, I stopped thinking of the staging but concentrated entirely on sound: the male entreaty, the feminine response, the magic of the night. The music I heard coming from the piano was suddenly in color and no longer black and white. Yes, I was still the storyteller; I was still the visual artist, the lighting designer. But I felt as if I had moved from using these skills as adjuncts to music and was working directly in music itself. The greatest joy of my 70-year journey, with all its detours and false starts, is that I'm still discovering how to be a musician.