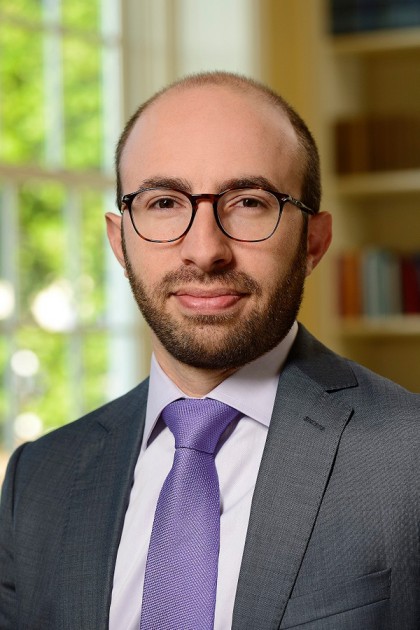 Kravitz comes to Johns Hopkins from GMMB, a Washington-based integrated advocacy and advertising firm, where he served as vice president. Kravitz will report to President Ronald J. Daniels and Chief of Staff Kerry Ates.

"President Daniels has a compelling vision for the future of the university and its role in the world," Kravitz says. "I am honored to join him and the entire team to share with an ever-wider audience the important and innovative work being done throughout the Johns Hopkins community."

Kravitz has served in senior communications roles advising cabinet secretaries, foreign leaders, and U.S. senators for more than a dozen years. As vice president at GMMB, he provided strategic counsel to some of the world's largest philanthropic foundations and to federal agencies, governors, and trade associations. Kravitz previously served in the Obama administration as a senior communications adviser to then HUD Secretary Shaun Donovan, and spearheaded communications and legislative efforts in the administration's initiative to end homelessness.

Before joining the administration, Kravitz was director of communications at Direct Relief International and served in a number of roles for Sens. Paul Sarbanes and Edward Kennedy, as well as for Enda Kenny, the taoiseach, or prime minister, of Ireland.

In his new role, Kravitz will support the executive leadership of the university by conceiving and implementing an overarching communications strategy to advance the mission and message of Johns Hopkins.

A 2004 graduate of Northeastern University, where he majored in international affairs, Kravitz earned a master's degree in public policy and administration from the London School of Economics in 2009.