Gaston-Johansson, a member of the Johns Hopkins Nursing faculty for more than two decades, was known for her tenacity, her commitment to inclusion, and her scholarly work involving health disparities, pain management, and palliative care

Fannie Gaston-Johansson, an internationally renowned educator and nurse researcher and the first Black woman to become a tenured professor at Johns Hopkins University, died Saturday at her home in Baltimore, surrounded by family. She was 84.

Gaston-Johansson, a member of the Hopkins Nursing faculty from 1993 until her retirement in 2014, focused her research on health disparities, pain management, end of life care, and coping strategies for women diagnosed with breast cancer. She is best known for developing the Pain-O-Meter, a tool to help patients find the right words to let clinicians know how much they were hurting. 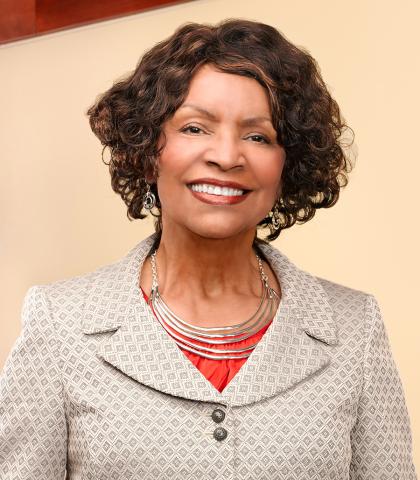 "Dr. Gaston-Johansson led a remarkable career as a trailblazing scientist, a brilliant researcher who elevated nursing in its rightful place as a science, and as a leader in developing new methods to improve diversity, equity, and inclusion in academia," Hopkins Nursing Dean Sarah Szanton said. "She broke barriers, becoming the 'first' many times. Countless students and colleagues have benefited from her experience, leadership, and commitment to inclusion."

Gaston-Johansson grew up in Hickory, North Carolina, and earned a bachelor of science in nursing degree from nearby Winston-Salem State University. She arrived at Johns Hopkins as an associate professor in 1993 after a well-traveled medical, teaching, and research career that included stops in North Carolina, New York, Texas, California, Nebraska, and Sweden, where she earned a PhD in nursing at the University of Gothenburg.

In 1998, she was promoted to full tenured professor, becoming the first Black woman to earn that distinction in the university's history. She maintained her appointments at Hopkins while also returning to the University of Gothenburg, where she served first as a professor and then as dean, from 2001 to 2005, dividing her time between Baltimore and Sweden.

In 2007, Gaston-Johansson was named the first chair of the Department of Acute and Chronic Care at Hopkins Nursing, as the school's faculty were organized in academic departments for the first time. She also served as director of the school's now-retired Center on Health Disparities Research and became professor emerita upon her retirement in 2014.

"She was a woman and a colleague who set very high standards," said Phyllis Sharps, a longtime School of Nursing faculty member who has known Gaston-Johansson for more than two decades as a colleague and friend. "She was a very strategic thinker and planner, and she didn't give up easily—she was always committed to faculty, to moving them forward in both research and teaching.

"She also has an amazing family—over time I was fortunate enough to become like a part of her family," added Sharps, who said she spoke with Gaston-Johansson by phone last week. "As hard as she worked, she also enjoyed a good time, parties, music. She was a kind person, a courageous woman. She was just larger than life, a giant who will be missed in nursing."

Gaston-Johansson was also an advocate for students and oversaw the Minority Global Health Disparities Research Training Program, leading 160 students in researching and finding solutions to health disparities and economic disadvantages across the world.

"She really was the first person who inspired me to believe that I could achieve anything," said Iye Kanu, a 2005 Hopkins Nursing graduate who later spent six years working closely with Gaston-Johansson as a research nurse. "I truly didn't understand my full potential until I worked with her because she challenged me. She taught me how to think, how to be a researcher, how to develop meaningful questions that lead you to outcomes. She made me believe that nothing is impossible—everything is possible with grit and hard work and perseverance.

"She was absolutely brilliant, relentless in her pursuits, very tough and meticulous. But she was also extremely nurturing as an individual, so caring, extremely generous."

Gaston-Johansson is a two-time recipient of the Johns Hopkins Diversity Recognition Award, and in May the university named a high-profile faculty recruitment initiative in her honor. The Fannie Gaston-Johansson Faculty of Excellence Program is part of a $50 million investment that focuses on the recruitment, retention, and advancement of faculty who demonstrate a commitment to diversity and inclusive excellence as part of JHU's Second Roadmap on Diversity, Equity, and Inclusion. The initiative will bring 30 diverse scholars to Johns Hopkins, with a concentration on areas where diversity among faculty has lagged and an emphasis on recruiting scholars in science, technology, engineering, and math fields.

The program was renamed to recognize Gaston-Johansson's formidable legacy as part of the university's Diverse Names and Narratives Project, an ongoing effort to more visibly celebrate remarkable people from Johns Hopkins history, focusing on those from historically marginalized and underrepresented groups. The School of Nursing hosted a dedication event and celebration of Gaston-Johansson's career in November.

"My whole life has been about attracting diversity," Gaston-Johansson told the Hub in May 2022. "I think recruiting and promoting diverse faculty scholars makes such an important difference in how you talk to people, how you understand people, and how you treat them.

"I think you have to have a host of experiences coming together with students and faculty, that's the way you really grow, not just educationally but socially, and you get a broader perspective on life."

During her Hopkins tenure, Gaston-Johansson served on the Maryland Governor's Task Force on Healthcare Access and Reimbursement and received many awards, including the Links INC International Trends and Service Award, the National Black Nurses Association's Trailblazer Award, Excellence in Nursing awards, and citations from the U.S. Congress for her research efforts. She was named a Living Legend of the American Academy of Nursing in 1995, was inducted into the Sigma Theta Tau Honor Society International Nurse Researcher Hall of Fame, and was an elected member in the Royal Academy of Letters, History and Antiquities in Sweden.

Gifts in Gaston-Johansson's memory can be made to the Fannie Gaston-Johansson Faculty of Excellence Program or to her alma mater, the Division of Nursing at Winston-Salem State University School of Health Sciences. 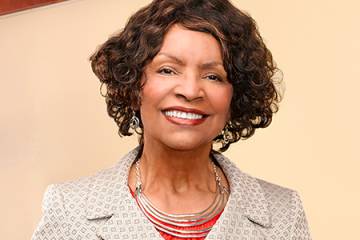 Published May 17, 2022
The Gaston-Johansson Faculty of Excellence Program will bring 30 diverse scholars to the university, with a focus on STEM fields