Jonathan Goldberg, a beloved mentor to generations of Hopkins students, dies at 79

Goldberg was a towering presence in the fields of early modern British literature, poststructuralist literary studies, and LGBTQ studies and queer theory

Groundbreaking scholar of early modern literature, writing and sexuality, and literary theory Jonathan Goldberg died at the age of 79 on Dec, 9, 2022, of complications of pneumonia in Decatur, Georgia.

Arts and Sciences Distinguished Professor Emeritus of English at Emory University, Goldberg arrived at the Krieger School in 1986 and served as Sir William Osler Professor of English Literature before moving to Emory in 2006. At Hopkins, he served as director of graduate studies in the English department, and as senior editor of the journal ELH from 2001 until 2006. 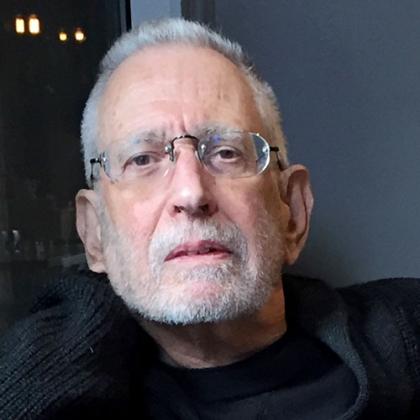 An unusually prolific scholar, Goldberg authored 17 books—the most recent was Being of Two Minds (2022)—along with dozens of articles and reviews. Considered a towering presence in the fields of early modern British literature, poststructuralist literary studies, and LGBTQ studies and queer theory, his unique contribution was to integrate those fields by questioning their conventional boundaries. He was also a beloved mentor and friend to generations of Hopkins students.

"Jonathan Goldberg was an unstintingly generous presence to his students, his colleagues, and his friends," wrote Sharon Cameron, William R. Kenan Jr. Professor Emerita. "In his 17 books, he wrote with the same unique availability, magisterially bringing to light the contradictions, complexities, and sometimes anachronisms in topics as various as the silences perceptible beyond the surface of Willa Cather's transparent prose; theories of melodrama in film and literature based on an aesthetics of impossibility; Sappho's erotic resources for thinking and living; the figure of St. Mark in writing and painting; and Lucretius's matter, always in motion, but nonetheless made of the same stuff. Jonathan had an intuitive grasp of the ways seemingly irrelevant particulars penetrate into shared domains of significance, and his writing forged bold and compelling connections between things, images, and words. His was a major critical voice. He was also a rare friend. His death leaves a hole in my world."

Goldberg received his BA (1964), MA (1965), and PhD (1968) from Columbia University. He held positions at Temple (1968-85), Brown (1985-86), and Duke (1995-98) universities. He was a 1984 recipient of a Guggenheim Fellowship, and was a Fellow of the Center for the Critical Analysis of Contemporary Culture at Rutgers University from 2001 to 2002. He was a founding co-editor of the influential book series Series Q (Duke University Press). He edited Eve Kosofsky Sedgwick's posthumous The Weather in Proust (2011), and co-edited with Stephen Orgel the volume of John Milton's writing for the Oxford Authors series (1990).

"I would not have been able to complete my PhD without Jonathan Goldberg's guidance," wrote Marcie Frank, professor of English at Concordia University, who earned a PhD from Johns Hopkins in 1991. "He taught me how to be patient. Under his supervision, I learned how to unfold my thinking and how to revise my writing without giving up my intellectual freedom. When Jonathan said something was good to go, you could be sure it was. He had impeccable judgment, which was intimidating, and an amazing openness to new ways of thinking, which was exciting and inspiring. On the verge of publishing my first book and in the process of developing my second one, I turned to Jonathan for some advice. 'Surely,' I said, 'it gets easier.' 'No,' he replied. 'Every project is different.' His tireless devotion to the critical enterprise (up until his last weeks of life), and the example of his work, help me, and I'm sure, others, to sustain belief in its possibilities."

In celebration of his many contributions to literary studies, the Department of English has gathered some remembrances from students and colleagues, available at this link on the department's website.