Grover, who earned a PhD from the Johns Hopkins Bloomberg School of Public Health in 2004, serves as executive director of the Association of American Medical Colleges' Research and Action Institute 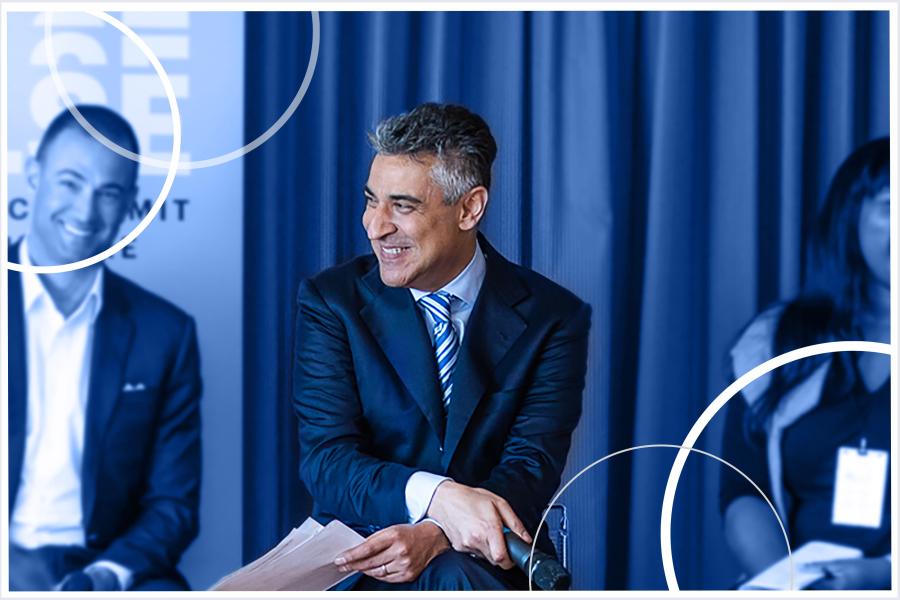 The Johns Hopkins Changemakers Profile is a monthly feature spotlighting the impact of Johns Hopkins alumni in positions of influence in Washington, D.C., policymaking circles.

When the Association of American Medical Colleges launched its Research and Action Institute in 2020, the national organization tapped one of its veteran executives, Atul Grover, to helm what he calls a "think—and do—tank."

The institute works to redefine intractable health policy issues that have been clouded by political propaganda and highlight meaningful and realistic solutions—no matter how unpopular they may be to either side of the aisle, said Grover, who earned a doctorate in health and public policy from the Johns Hopkins Bloomberg School of Public Health in 2004.

"What I find missing from policy discussions is something I learned at Johns Hopkins," said Grover, a general internist with a health policy and economics background. "And that is to get down to the policy basics in order to determine: What is the problem we're trying to solve?"

As he wrote on the institute's website: "Though I am an academic at heart, I have lived and worked for a long time inside the Beltway. What strikes me as missing from most of our conversations in health policy in Washington is the ability to balance academic rigor with political feasibility in plain, actionable English. That starts with defining—and sometimes explaining the complexity of—the problem, rather than immediately jumping to solutions or slogans."

Grover has deep ties to Johns Hopkins. He was born at The Johns Hopkins Hospital when his father was completing his doctorate in public health in the early 1960s before moving to the Philadelphia suburbs where Grover grew up.

He helped develop and teach "Introduction to Health Policy" to undergraduates at Johns Hopkins for more than a decade and occasionally teaches at the Bloomberg School.

Just like most of his colleagues at Johns Hopkins and throughout the public health field, Grover focused the institute's work throughout 2020 on highlighting the problems associated with the national response to COVID-19 and offering solutions. Last year he published several evidence-based guidelines for supporting face coverings, testing policy, and vaccine distribution, as well as a guide defining the steps required to end the pandemic.

Grover applied his practical, no-nonsense lens to examine why the United States spends so much on health care. The real problem that needs more focus is how to lower individual costs, not what the nation spends.

"People don't care what the U.S. spends on health care," Grover said. "They care about what they pay."

A briefing paper on the institute's website describe its position on how to address the real issues.

"Health policy is hard," Grover wrote on the institute's website. "But it is a little easier when we can clearly define the problems we are trying to solve and agree on at least some of the feasible goals for a healthier nation. This is only possible when those of us on the inside of health and public policy are willing to publicly acknowledge the interdependencies, flaws, and politically challenging trade-offs we must confront to make progress toward a healthier future." 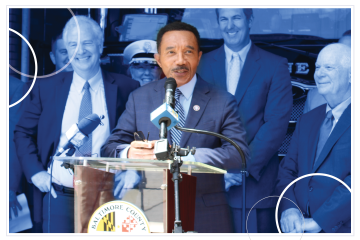 Published Dec 7, 2022
Mfume, a Baltimore native who received a masters degree from JHU in 1984, returned to Congress in 2020 to represent Maryland 7th District