In his second congressional stint, Kweisi Mfume continues to push for progress

Mfume, a Baltimore native who received a masters degree from Johns Hopkins in 1984, served as NAACP president from 1996-2004 and returned to Congress in 2020 to represent Maryland 7th District 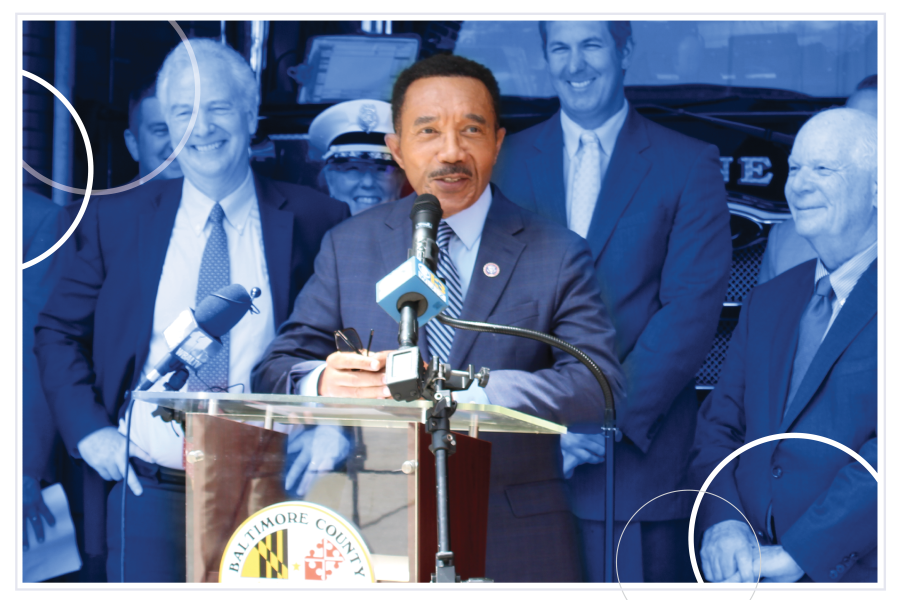 The Johns Hopkins Changemakers Profile is a monthly feature spotlighting the impact of Johns Hopkins alumni in positions of influence in Washington, D.C. policymaking circles.

Kweisi Mfume began his second and current stint in Congress in 2020, nearly a quarter century after he finished his first tenure as a Democratic representative for Maryland.

A lot has changed since 1996 when Mfume left Congress to become the NAACP's president and chief executive officer. Democrats and Republicans were not as polarized as they are now, he said. Today, both sides are stuck in "my-way-or-the-highway, take-no-prisoners" postures that result most often in stalemate, he added.

"You need two to tango," Mfume said. "It doesn't mean we're going to reach unanimity. But we should try to reach a consensus."

Despite the Capitol's near political petrification, Mfume pushes ahead with the challenging work of fighting for progress wherever he can forge that elusive consensus—a trait he has displayed throughout his storied career in public service.

After serving as a Baltimore City Council member from 1978 to 1986, Mfume, at age 38, won election to Congress from Maryland's 7th District. Five years later in 1992, the Congressional Black Caucus elected Mfume as its chair, with his colleagues defining him as a "consensus builder."

His proudest accomplishments from his first Congressional stint include three major legislative victories that resonate to this day and stand as proof that he has achieved the dream he held as a young man from West Baltimore to "impact society."

"The Americans With Disabilities Act of 1990 clearly set this country on a different track," Mfume said. "There were a lot of people, corporations, and other entities opposed to it. They thought of it as government overreach. Now we take it for granted."

Mfume voted to enact the Violence Against Women Act in 1994 and was "proud to vote to reauthorize it" last year. "This lifesaving legislation strengthens domestic violence protections for women," he tweeted in March 2021 about the reauthorization. "We must do more to protect women & girls against violence, assault & stalking."

Also in 1994, Mfume supported the successful passage of an assault weapons ban as part of the Violent Crime Control and Law Enforcement Act. "We were up against the National Rifle Association," he said. But the bill required the ban to sunset after a decade at a time when Mfume had left Congress to lead the NAACP, the nation's oldest civil rights organization.

"We all thought that Congress would have enough sense to reauthorize it," he said. But it didn't—not until this year when the House passed a bill banning assault weapons that the Senate is likely to reject despite widespread public outrage over mass shootings.

Mfume said the COVID-19 pandemic has highlighted the need for Congress to do more to address another one of his passions: the disparities in health that afflict Black and Hispanic citizens in the United States. "We are still plagued by these disparities so that life expectancy is lower than it should be especially for African Americans and Latinos," he said.

"I have always had an interest in public health throughout my time in public office," Mfume added. "But being at Hopkins gave me an even greater chance to explore first-hand the expertise of the academics and researchers at the university and hospital to amplify why it is so important to remain focused on these issues of health disparities."

As the vice chair of the House Committee on Small Business for the outgoing 117th Congress, where he has led the subcommittee on contracting and infrastructure, Mfume also has been a vocal advocate for small, minority-owned businesses that struggle to get the attention of procurement officers at all levels of government.

"You have to change the thinking of the procurement officers to believe that if someone has the qualifications, they ought to have the opportunities," Mfume said. "Unless we have an active minority business community, we are not going to be able to generate the kind of income at the ground level that we need."