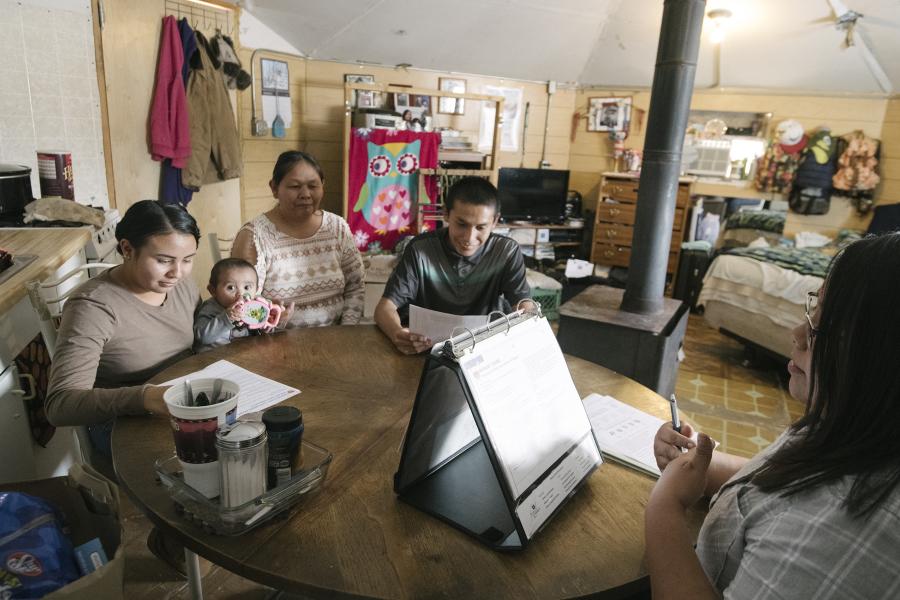 Image caption: A Family Spirit representative visits with a family of an infant to share culturally informed child care strategies

Credit: Courtesy of the Center for Indigenous Health

Center will use award to expand Family Spirit home-visiting program with 20 new sites and to develop Indigenous-designed outdoor playspaces with Indigenous partners in the U.S, Canada, Australia, and New Zealand

The Johns Hopkins Center for Indigenous Health has been awarded $27.8 million by the LEGO Foundation through its Build a World of Play Challenge for the center's Family Spirit home-visiting program. The center is based at the Johns Hopkins Bloomberg School of Public Health.

"Play is the foundation of childhood—it's what makes children special, but research has consistently shown that it's also crucial to their health and development."
Ellen MacKenzie
Dean, Bloomberg School of Public Health

The center's Family Spirit home-visiting program got its start in 1995 when the center partnered with Navajo, White Mountain Apache, and San Carlos tribal communities in the U.S. to support mothers and young children with home-visiting by local family health coaches. The home visits promoted healthy child development as well as maternal health and well-being. Family Spirit has now been used in 155 communities in 24 U.S. states.

To assess the impact of Family Spirit, the center and Indigenous researchers conducted several randomized control trials. Their peer-reviewed studies, published between 2006 and 2015, found the home-visiting program demonstrated significant impact on maternal substance use, depression, behavioral problems, and children's social, emotional, and behavioral development that predict greater well-being across the life course.

The LEGO Foundation selected the center and four other winners from a pool of 627 applicants from 86 countries. The center was named one of 10 preliminary finalists in October, when it received a $1 million grant to develop its proposed plan.

"Play is the foundation of childhood—it's what makes children special, but research has consistently shown that it's also crucial to their health and development," says Ellen J. MacKenzie, dean of the Bloomberg School. "With this incredible support from the LEGO Foundation, our Center for Indigenous Health will fully embrace the power of play and expand its vital home-visiting program, Family Spirit. We are grateful for this award and look forward to seeing its global impact."

Indigenous peoples suffer among the greatest inequities in the world, resulting from generations of historical trauma caused by colonization and continued marginalization. The parent-child relationship in early life is core to children's healthy development, but Indigenous parent-child relationships are under constant threat. Many Indigenous parents today in all four participating countries were raised by caregivers affected by the traumas of residential boarding schools, which tore apart family units and sought to terminate Indigenous identities. Through this five-year initiative, the partners will promote traditional family parenting, nature-based recreational learning, and cultural teachings that reflect the Indigenous values of the community.

The center estimates that the initiative will reach over 240,000 Indigenous people. As it has done in the past, the center will rigorously evaluate the project's impact on children's developmental and physical outcomes; foster care and legal system encounters; as well as measures of family stability and cultural and community connectedness.

"Children are the embodiment of our hope, wonder, and joy. When we weave together our efforts—as educators, public health advocates, health care providers, parents, funders, stakeholders, and community members—we are ensuring that our children are put on the path that positively impacts the trajectory of all of our futures," says Crystal Austin, (Navajo), associate director of development at the Center for Indigenous Health.

The LEGO Foundation's Build a World of Play Challenge is managed by Lever for Change, a nonprofit affiliate of the John D. and Catherine T. MacArthur Foundation that connects donors with solutions to tackle the world's biggest problems, including issues like racial inequity, gender inequality, lack of access to economic opportunity, and climate change. 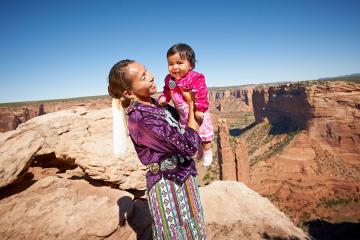 Published Sept 15, 2022
The center's new name reflects broader scope for work with Indigenous community members in the U.S. and around the world