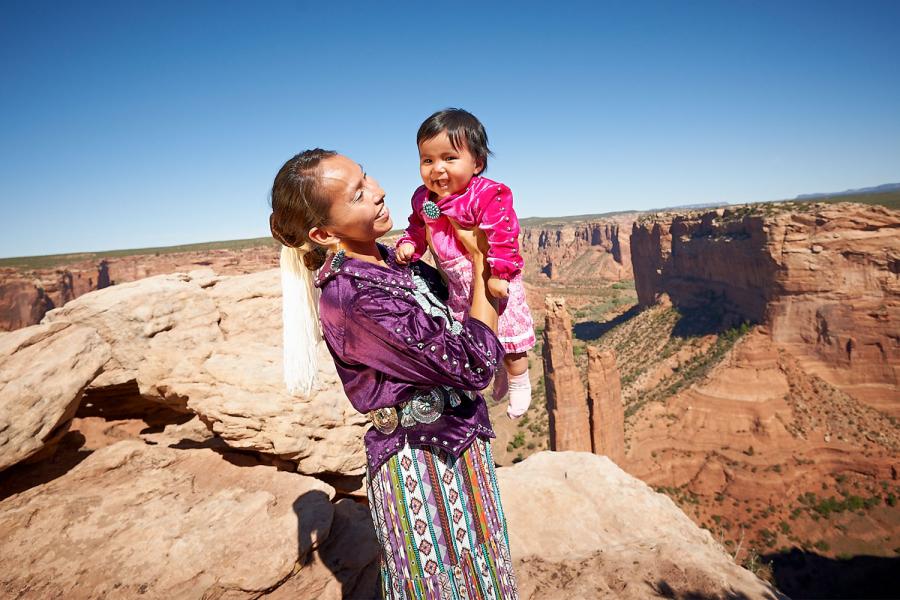 The center's new name reflects broader scope for work with Indigenous community members in the U.S. and around the world

The Center for Indigenous Health's primary focus will continue to be on tribal communities in the U.S., while it broadens partnerships globally to advance well-being and health leadership in Indigenous communities worldwide. The center is based in the school's Department of International Health.

Indigenous Peoples endure severe health, socioeconomic, and educational inequities—the result of colonization and subsequent ongoing trauma and cultural oppression. Worldwide, an estimated 476 million Indigenous Peoples—6% of the global population—make up about 19% of the extreme poor, with life expectancy up to 20 years lower than for non-Indigenous people.

The center is led by executive director Allison Barlow, who has worked at the center since its founding in 1991, and two new co-directors—Melissa Walls, Couchiching First Nation and Bois Forte Band of Ojibwe, and Donald Warne, Oglala Lakota. Walls, a Bloomberg Associate Professor of American Health at the Bloomberg School, has been with the center since 2019. Warne joined the Bloomberg School on Sept. 1 and is also Johns Hopkins University's new Provost Fellow for Indigenous Health Policy.

Building on decades of work of Native experts and center leaders, the team of more than 300—more than 70% of whom are Indigenous—will continue to chart a course to support Indigenous communities through strengths-based research, policy, and education.

"Our new name and broader scope signify our substantial growth over the past two-plus years, as our workforce mounted a major response to the pandemic, and transitioned to supporting pandemic recovery and resiliency," says Barlow. "And now, we will continue to lead major public health efforts to overcome the myriad of infectious, behavioral, and mental health challenges that impact this population of people worldwide."

The center's longstanding relationships with tribes in the Southwest U.S., including the White Mountain Apache and Navajo Nation, date back to the 1980s. In recent years, the center's work with tribal communities in the Great Lakes region expanded through Walls' collaborations with Ojibwe Nations across the Midwest and Canada. To date, the center has worked with more than 160 tribal communities across 23 states to share proven interventions, health communications materials, training and scholarship opportunities, and more.

"We chose our new name in recognition of our growing collaboration with Indigenous communities across the globe, including partners in Australia, Canada, and Aotearoa," says Walls, referring to the Māori name for the lands now widely known as New Zealand. "We strive to create inclusive, respectful spaces to work together with community partners, and our name is an important part of promoting inclusivity."

The Center for Indigenous Health's new visual identity and core graphic element, designed by the Indigenous-led company Design de Plume, was inspired by elements of importance across Indigenous communities, including the drum, weaving, and nature represented in the sun, leaves, and stars on the perimeter. The graphic illustration's center forms a "+" shape, a widely recognized symbol for medicine and health, representing the blend between traditional medicine and western health sciences.

"I'm very excited to be working with our international colleagues to focus on identifying solutions that are culturally relevant and scientifically sound—to build upon the center's wonderful decades of work," Warne says. "The name change reflects the commonalities we have across the globe for Indigenous Peoples, where the impact of colonization on these populations has very similar negative outcomes that we can continue to address." 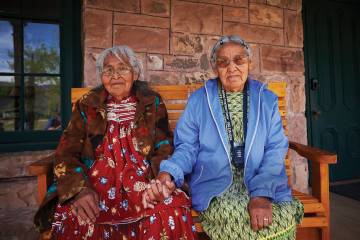 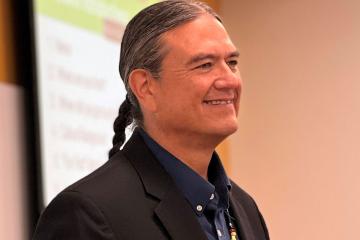 Published Aug 3, 2022
He will serve as co-director of the Center for American Indian Health and as the school's Provost Fellow for Indigenous Policy