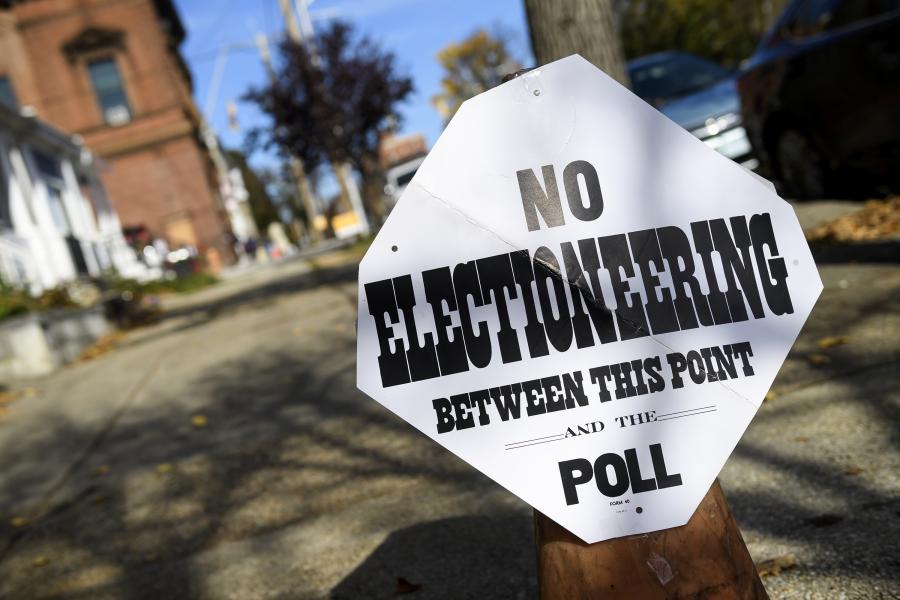 The American political landscape is unsettled after Election Day, with several major races still undecided. Which party had a better night? Political scientist Daniel Schlozman breaks down the midterm winners and losers

Though the results of Tuesday's midterm election remain far from clear, with control of U.S. Congress still hanging in the balance, the voting results already mark a historic abnormality.

"One of the deep regularities we expect in American politics is midterm loss—that the current president's party loses a substantial number of seats in both houses of Congress," says political scientist Daniel Schlozman, an associate professor at Johns Hopkins University. "We have not seen that to the degree we'd expect based on historical averages, even with high inflation and an unpopular president."

At press time Wednesday, control of both chambers of Congress remained uncertain and outcomes of state races across the country defied expectations of a sweeping "red wave" motivated by dissatisfaction with inflation and President Joe Biden.

The Hub reached out to Schlozman, author of When Movements Anchor Parties: Electoral Alignments in American History (2015), for early analysis of the day-after elections results.

We're not seeing the overwhelming Republican victories that many anticipated with the midterms. Why do you think that is?

You can look at a few early major themes. The first is the importance of abortion rights. That's really the biggest policy change we've seen in American politics over the last two years, with the Supreme Court Dobbs decision overturning 50 years of Roe v. Wade.

I also think there are signs of overreach on the part of the "democracy-denying" segment of the Republican party. If Nevada goes to the Democrats, secretary of state candidates who said they would not have validated the 2020 election results have lost in the pivotal states: Pennsylvania, Michigan, and likely Arizona. In addition, all of the gubernatorial candidates who cast doubt on the veracity of the 2020 election seem headed to defeat.

"If there's divided government, we should expect a lot of political gridlock, returning to the themes we saw in the last six years of the Obama administration—namely, fights over the debt ceiling, limited opportunities for bipartisan policymaking, and hostage-taking brinkmanship."

What else is surprising to you?

We're seeing that election candidate quality does continue to matter. Political scientists have talked about the nationalization of American politics, the extent to which voters are going up and down the ticket voting for candidates of the same party. But we're seeing some exceptions in candidates such as Elissa Slotkin in Michigan, the incumbent Democratic representative who won a close race in a Republican-leaning district, and Angie Craig, the Democrat who won a Minnesota district that was considered a big opportunity for Republicans. In Wisconsin, Democratic governor Tony Evers won reelection at the same time that Mandela Barnes, the party's Democrat candidate for Senate, was defeated. So essentially, we are still seeing some ticket-splitting.

What role did inflation play in this election?

At this point I don't think we have good answers to a couple of questions. The first is how voters are reacting to an environment with low unemployment, high inflation, and high gas prices—the most visible measure of high prices. We don't really know how that bundle of factors translated into votes. Teasing that out is going to keep political scientists busy for a while.

Is it possible voters did not perceive economic realities as being as the headlines claim? Or did voters think the economic reality is dismal, but put priorities around other issues, such as abortion? It's always hard to trust voters' own claims about their voting preferences, so we need further evidence.

If the current projections for the House and Senate stand, what would they mean for U.S. policymaking?

If Democrats have the Senate, that means ongoing confirmations of judges and executive appointments.

Beyond that, if there's divided government, we should expect a lot of political gridlock, returning to the themes we saw in the last six years of the Obama administration—namely, fights over the debt ceiling, limited opportunities for bipartisan policymaking, and hostage-taking brinkmanship. The very productive Congress, by historical standards, that Biden has experienced in his first two years is going to be over under divided government. That's clear.

If there is an extremely narrow Republican majority in the House, it would mean that Kevin McCarthy—assuming he can muster the 218 votes to become the new speaker—would have difficulty passing new policies and may have to scramble to control the floor.

If they take the House, a win's a win.

Two states where Republicans notably had a better time in an overall disappointing night were Florida, where Ron DeSantis won reelection as governor and saw the map he signed produce a 20-8 map in Republicans' favor in the House of Representatives, and New York, where Democratic governor Kathy Hochul only won reelection narrowly and where Republicans have triumphed in several House districts in Long Island and upstate. What's notable about New York is the effect of redistricting. A state court, led by judges appointed by former governor Andrew Cuomo, rejected a map approved by the legislature, and then Republicans triumphed under new maps.

"In terms of immediate threats to the next presidential election, I think some concerns have eased with the midterms."

What does this election say about Donald Trump?

Nationally Donald Trump could not be said to have had a good night, and his probably leading challenger, Ron DeSantis, seems to have had a very good night. A lot of the candidates whom Trump anointed in the primaries lost in the general. In turn, Trump's recent hints about his 2024 presidential run may have, in Republican campaign consultants' view, deprived them of a consistent closing message.

The big question remains: Can Republicans coordinate against Trump? Republican elites have never liked this man. They have halfheartedly tried to coordinate against him, not at all effectively, since 2015. They failed to do so after Jan. 6, 2021. Will the next two years be different? That's the question.

What do you think the results signify for Biden?

It could be interpreted as a vote of confidence in the Biden administration that the Democratic Party has avoided the kind of midterm losses that lead to reassessments and calls for the president not to run again. Had the red wave materialized, the pundits of America would be writing their "Joe Biden should retire gracefully as a one-term president" columns, but now those columns would not have the same punch. So in that sense it's a win for the president, but of course, questions still circulate about his health, his age, etc., which put all of this into doubt. As a good political scientist, I should add that it's very difficult to attribute credit or blame to particular actors. The Biden administration will claim credit that they're the architects of these Democratic victories, but it's much harder to substantiate that empirically.

For several years we've heard the refrain that American democracy is in danger. What's your take on that after Election Day?

American democracy was in a parlous state yesterday, and it remains in a parlous state today. We are skirting against the democratic guardrails. The distinguished political scientist Adam Przeworski defines democracy as "a system in which parties lose elections." The willingness of the Republican Party to lose elections—in particular the certification of the vote for 2024—remains a source of great concern.

In terms of immediate threats to the next presidential election, I think some concerns have eased with the midterms. But democracy depends on players accepting the rules of the game, and it depends especially on conservative parties accepting the rules of the game. And so there is no viable alternative to building a different kind of Republican Party than the one that has evolved over this last generation. Building that alternative takes a lot more than particular candidates winning or losing the midterms. It's a long-term effort, one that we just may look back and say began yesterday, but it will be playing out through the 2020s and beyond.