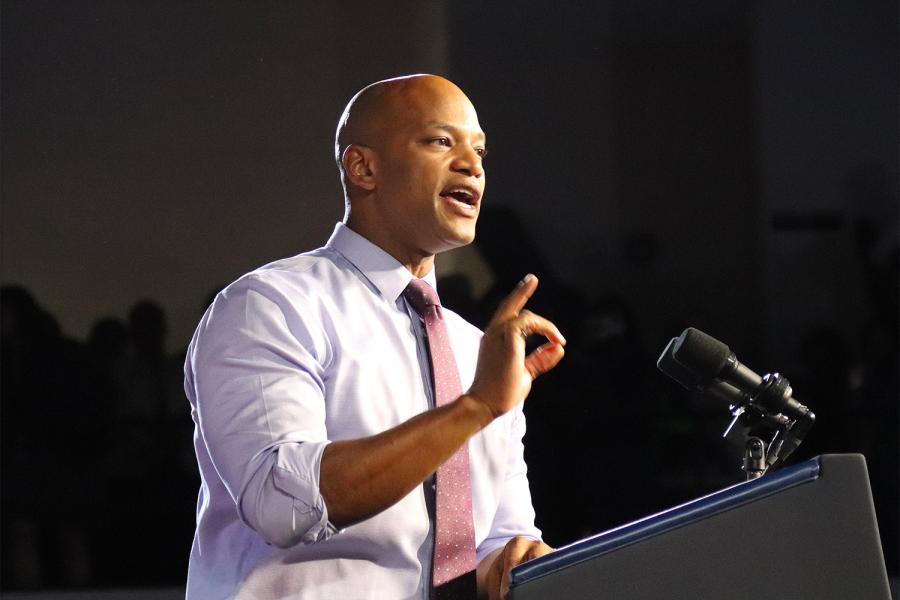 Krieger School alumnus is the first Black governor-elect of Maryland and will become only the third Black governor in U.S. history when he takes office in January

Maryland's governor-elect is Johns Hopkins University alumnus Wes Moore, who will lead the state as its first Black governor. A member of the Krieger School Class of 2001, Moore, a Democrat, earned an estimated 60% of the vote during Tuesday's midterm elections, though ballots were still being counted Wednesday. When he takes office in January, he will become the third Black governor in U.S. history.

Who is Wes Moore? A look at Maryland’s projected 63rd governor-elect

Born in Takoma Park, Maryland, Moore and his sisters were raised from a young age by their widowed mother. Despite early academic and behavioral struggles, he graduated Phi Theta Kappa in 1998 as a commissioned officer from Valley Forge Military College, and Phi Beta Kappa in 2001 from Johns Hopkins, where he played football and earned a bachelor's degree in international relations. Moore was selected as a Rhodes Scholar and went on to study international relations at Oxford University in Oxford, England.

After his studies, Moore, a paratrooper and Captain in the United States Army, served a combat tour of duty in Afghanistan with the 1st Brigade of the 82nd Airborne Division. He then served as a White House fellow to Secretary of State Condoleezza Rice. In 2010, Moore published The Other Wes Moore, a story about the fragile nature of opportunity in America, which became a New York Times and Wall Street Journal bestseller. Moore went on to become CEO of the Robin Hood foundation, which has distributed more than $600 million to lift families out of poverty.