Policy experts, including U.S. Rep. Jamie Raskin, convene to discuss armed intimidation in the political process as Americans go to the polls for the midterm elections 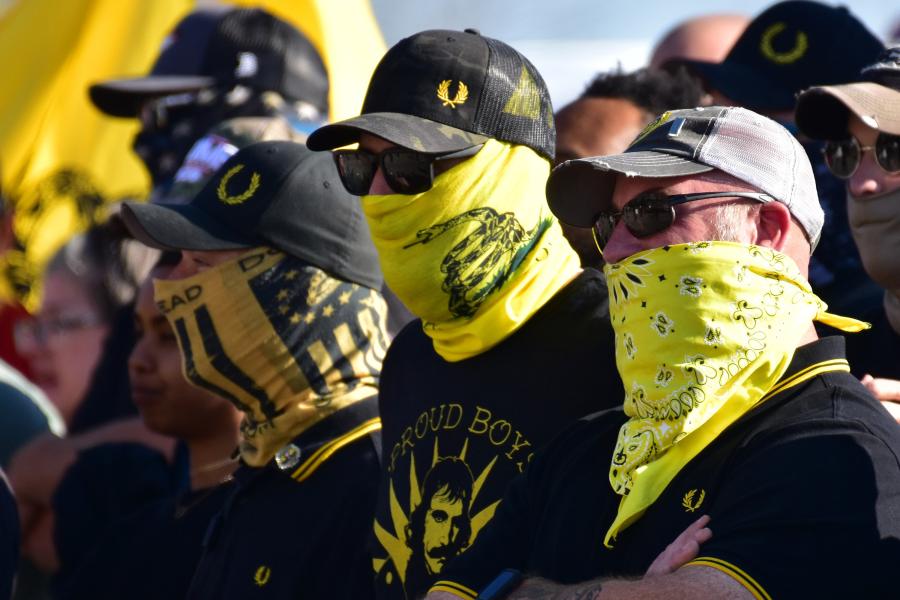 "The Second Amendment itself does not say much about race," concedes Duke University Professor of Law Darrell Miller. And yet, he says, the right to bear arms has been inextricably bound to racism and white supremacy since its inception and has been used as a tool for political violence for just as long.

"There is a long tradition, going back to the slave codes, of disarming free Blacks and enslaved persons. But equally, there is a long tradition of whites using private personal arms to act as privatized police of Black persons and communities of color in the slave patrol," Miller said during a recent panel discussion hosted by the Johns Hopkins Bloomberg School of Public Health. Throughout American history, Miller said, laws governing who can possess and carry firearms have been used as cudgels of white supremacy and to limit the exercise of civil rights among Black communities.

"We have to be attentive to that aspect of gun rights that are enlisted to maintain white supremacy as much as we have to be cautious that gun regulations do not replicate racial oppression," Miller said.

The panel discussion, titled "The Deadly Intersection of White Supremacy and Firearms" and moderated by health policy expert Keshia Pollack Porter, was held Tuesday, one week before Americans head to the polls for the 2022 Midterm Elections. Already, reports of armed intimidation at ballot boxes, where early voters can submit their ballots, has sparked concern across the nation, including at the U.S. Justice Department. U.S. attorneys have signed onto an Arizona lawsuit filed against a far-right group that is monitoring ballot boxes while armed and wearing military-style ballistic vests. This form of intimidation against voters, the attorneys wrote in their filing, is illegal under the federal Voting Rights Act.

And yet armed intimidation in the political process—which has a long history of racial animus, as Miller pointed out—has again been a growing concern for the past several years. In research collected since 2017, Lilliana Mason, SNF Agora Institute associate professor of political science, has documented the rising tolerance for partisan political violence among both Democrats and Republicans. During the discussion Tuesday, she shared data indicating that roughly 20% of survey respondents—Democrats slightly under 20%, Republicans slightly over 20%—said violence is at least "a little" justified to meet political ends. These numbers, collected in May 2022, rose from less than 10% in November 2017.

"It's very difficult to disentangle what was political violence and what was racial violence [during the Capitol insurrection.]"
Jamie Raskin
U.S. House of Representatives

To combat these trends, gun policy expert Tim Carey, a law and policy advisor for the Johns Hopkins Center for Gun Violence Solutions, outlined a list of policy recommendations he helped author that was published by the Educational Fund to Stop Gun Violence. Among the policies outlined in the report was the recommendation to strengthen laws prohibiting paramilitary-style activity—which he described as military-style training, parading, or attempts to show armed force by "unaccountable, civilian-led groups that threaten democracy and public safety."

One stark example of the damage these paramilitary groups can wreak on the political process is the Jan. 6, 2021, insurrection at the Capitol Building in Washington, an event that U.S. Rep. Jamie Raskin said was an act of political violence that cannot be unwoven from its basis in racism and white nationalism.

Raskin, who represents Maryland's 8th Congressional District, is a member of the select committee to investigate the Jan. 6 attack on the United States Capitol. More than 950 Americans have been prosecuted for participating in the insurrection, he said, among them members of the paramilitary far-right groups the Oath Keepers, Proud Boys, and Three Percenters. Citizens—and some members of Congress, Raskin said—should remember that the Second Amendment does not protect the right to engage in "coups, insurrections, electoral sabotage, and political violence."

Raskin spoke out against the "political and Constitutional cover" that he said fellow members of Congress have granted to insurrectionists and the violent tenor of American politics more broadly.

The Jan. 6 insurrection was "pervaded with racism and white nationalism, neo-Nazism, and other racist ideologies," Raskin said. "In some sense, you could view that as underlying the whole political project, because the basic concept is that the only votes that matter are white votes and that it's the white majority that gets to govern."

Though many insurrectionists chose to leave their firearms behind, citing on social media their fears of increased gun regulations in the D.C. area, there were still "thousands" of guns present at the insurrection, Raskin said.

"It's very difficult to disentangle what was political violence and what was racial violence," he said. "It was all interwoven on that day."