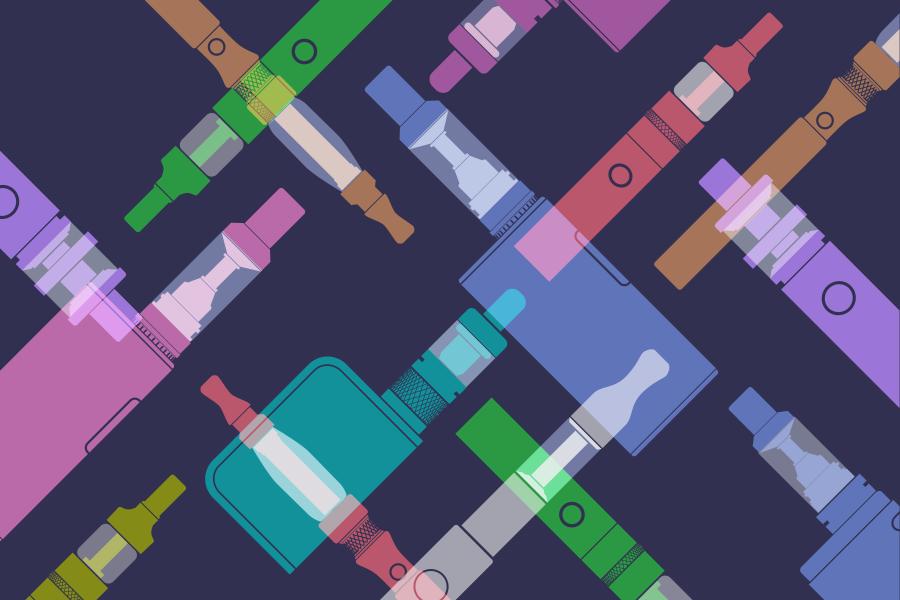 How safe is vaping?

When the FDA issued a ban on JUUL products in the U.S., JUUL pushed back against the regulations. While the future of the ban is uncertain, Johns Hopkins experts help clear the air on what we know, and what we don't, when it comes to vaping.

In a whirlwind of regulations and backtracking, the issue of vaping and how it is marketed in the United States has been enshrouded in a cloud of uncertainty over the past few months. All e-cigarette manufacturers in the U.S. are required to receive authorization from the Food and Drug Administration to market and sell their products, but on June 23, the FDA ordered vape manufacturer JUUL to stop selling its products based on a lack of toxicological evidence of the product's safety. The following day, JUUL filed an appeal with the U.S. Court of Appeals for the District of Columbia, and they were issued a temporary stay, keeping their products available to U.S. consumers.

In July, the FDA temporarily suspended the marketing denial—but not going so far as to rescind it—citing additional review of scientific issues related to JUUL products. More recently, on September 20, JUUL sued the FDA for the agency's refusal to disclose documents that justify the initial ban.

The legal back and forth on JUUL's authorization reveals a deeper truth about vaping: there are still many unknowns about the impact of e-cigarettes on health. While the FDA's attempt at regulating JUUL products is part of a broader effort for the agency to ensure that e-cigarette products meet public health standards, there are still, clearly, many moving pieces to the issue—not only what ingredients go into the e-cigarettes, but also how they're promoted. The Hub sat down with experts in the field to discuss what we know and are still seeking to understand about vaping and how the industry reaches its audiences.

What we know: How vape products are marketed

Vape products are often marketed as a safer alternative to cigarettes, providing an alternative nicotine source with fewer health risks. However, Carsten Prasse, assistant professor in the Whiting School of Engineering, says that the number of new nicotine consumers, especially young people, shows that these products have an appeal that reaches beyond those attempting to quit smoking cigarettes. He says the e-cigarette industry has made a big push to specifically target young people, citing fruit and candy flavors as an example.

"It's just not safe—whether you vape or you are near someone who is vaping."
J. Michael Collaco
Professor of pediatrics at the Johns Hopkins School of Medicine

Joanna Cohen, director of the Institute for Global Tobacco Control at the Bloomberg School of Public Health, says that in the United States, companies can't make health-related claims unless they receive approval from the FDA. Marketing vape products as a safer alternative to cigarettes would, then, require such approval through a process called the Modified Risk Tobacco Product, or MRTP. Only 15 MRTP orders have ever been granted for low nicotine or smokeless tobacco products—and no MRTP orders have been granted for vaping products.

While the risks for vaping as compared to cigarettes may not yet be fully understood, J. Michael Collaco, professor of pediatrics at the Johns Hopkins School of Medicine, points out one key difference: Vaping solutions contain carrier agents and flavorings, which cigarettes do not have, and these chemicals and compounds carry their own risks. And while vaping products are marketed as a safe alternative to cigarettes, adolescent use of vape products is associated with a 350% increased likelihood of starting tobacco cigarette smoking.

What we're working to understand: The chemicals' effects on users and the environment

Prasse says claims that vape products offer a healthier alternative to cigarettes are rooted in an assessment of toxic chemicals found in cigarettes. While the concentration of chemicals is lower in vape products, that doesn't mean that there aren't other contaminants that present equal, or worse, risks for users and the environment.

"There are a number of studies, including our own, that have demonstrated that a large number of other chemicals are present in e-cigarette aerosols," Prasse says. "And for most of the compounds, we don't even know what exactly they are."

He says there's little oversight in the chemicals vape companies use, both in what the chemicals are and what the quality of the ingredients is. For example, one of the compounds that is most likely responsible for lung injuries associated with e-cigarette use or vaping is vitamin E acetate, he says.

"As a consumer, you might think that having vitamins in your e-cigarettes is healthy," Prasse says. "However, people need to understand is that vitamins are typically ingested and not inhaled and that this can make a big difference."

What will take a while to understand: The long-term health effects

Because vape products are still relatively new, it's difficult to ascertain the scope of long-term health effects on users. However, based on studies in mice, Collaco says that prenatal and neonatal exposure to electronic cigarettes is suspected to cause changes in lung structure that could persist for life. There isn't enough long-term data to know whether adolescent use of these products affects lung function into adulthood, but Collaco does recognize other known respiratory health effects: increased cough, bronchitis, and asthma attacks and increased respiratory infections and lung injuries.

Secondhand smoke exposure has the potential to be as high as nicotine cigarette levels, and fetal and infant exposure to vape smoke in animal studies has led to decreased growth and eventual adult behavior changes, including short-term memory deficits, increased hyperactivity, and anxiety.

"It's just not safe—whether you vape or you are near someone who is vaping," Collaco says. "And it's definitely not water vapor." 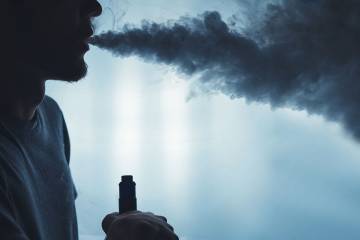 The dangers of vaping

Published Sept 30, 2019
Joanna Cohen, director of the Institute for Global Tobacco Control, talks about the recent uptick in illnesses and deaths linked to vaping 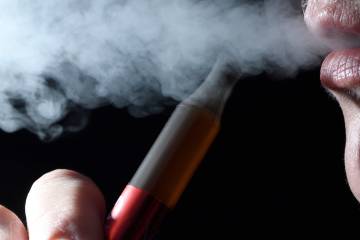