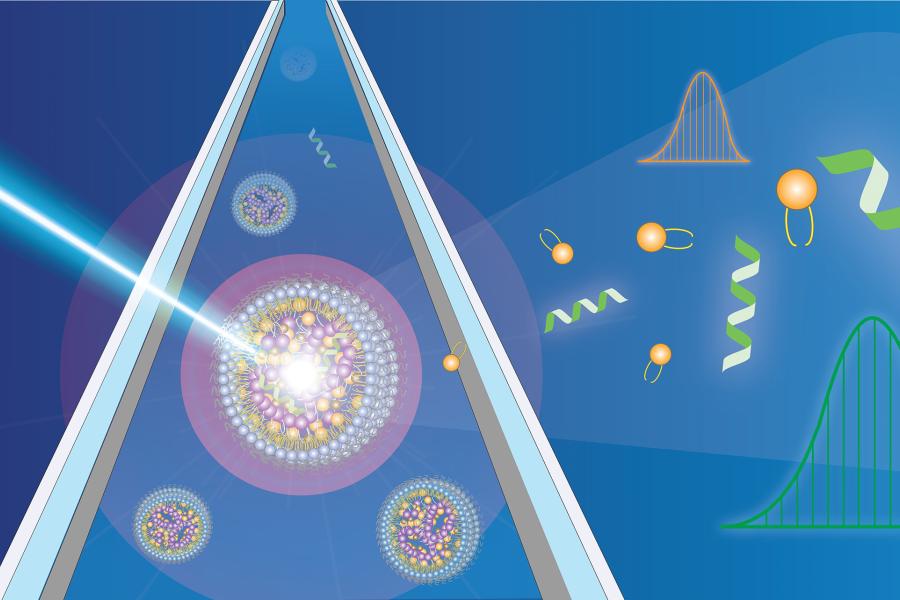 An important component of the vaccines protecting people against SARS-CoV-2 virus and its variants are lipid nanoparticles, or LNPs. These circular particles carry therapeutic mRNA payloads, the snippets of genetic material that trigger our immune systems to defend against COVID-19. Even with their success, certain characteristics about the particles, such as payload distribution, are unknown. Researchers and the Food and Drug Administration want more insights about these characteristics to improve metrics reporting in pharmaceutical manufacturing.

A new molecular detection platform developed by two Whiting School of Engineering professors is answering the FDA's call. Hai-Quan Mao and Tza-Huei (Jeff) Wang want to address how many mRNA molecules an LNP can carry and whether the mRNA is uniformly packed inside the particle to help researchers design more efficient and effective treatments and vaccines.

With this platform we can provide a more comprehensive understanding on what is happening at the single particle level."
Jeff Wang
Institute for NanoBioTechnology

"Our platform processes molecules at the single nanoparticle level, but unlike the current imaging methods for mRNA LNPs, our approach is based on fluorescent spectroscopy and gives us the ability to see through the particles," said Wang, a professor in the departments of Mechanical Engineering and Biomedical Engineering at the Whiting School, and a core researcher at the Institute for NanoBioTechnology.

The ability to peer inside the nanoparticles allows the researchers to differentiate between and measure empty LNPs that do not contain mRNA, LNPs with mRNA, and free-floating mRNA in a sample.

Their platform, called cylindrical illumination confocal spectroscopy, or CICS, works by tagging mRNA and LNP components with fluorescent signals of up to three colors and passing the sample through a detection plane. The detection plane reads the fluorescent signals and measures their intensity before comparing the strength of the intensities with that of a single mRNA molecule. The data analysis with an algorithm called deconvolution tells the team both how many mRNA copies are inside the LNP—if any—and their distribution in the sample. The team's platform overcomes contrast limitations and increases the sample analysis throughput, that are seen in cryo-transmission electron microscopy, the current gold standard for imaging mRNA LNPs.

Tests conducted using this sensing platform revealed that from a benchmark solution of mRNA LNP used in academic research studies, over 50% of the LNPs are not loaded with mRNA molecules, and of the mRNA-filled LNPs, most of them contained two to three mRNA molecules per particle. 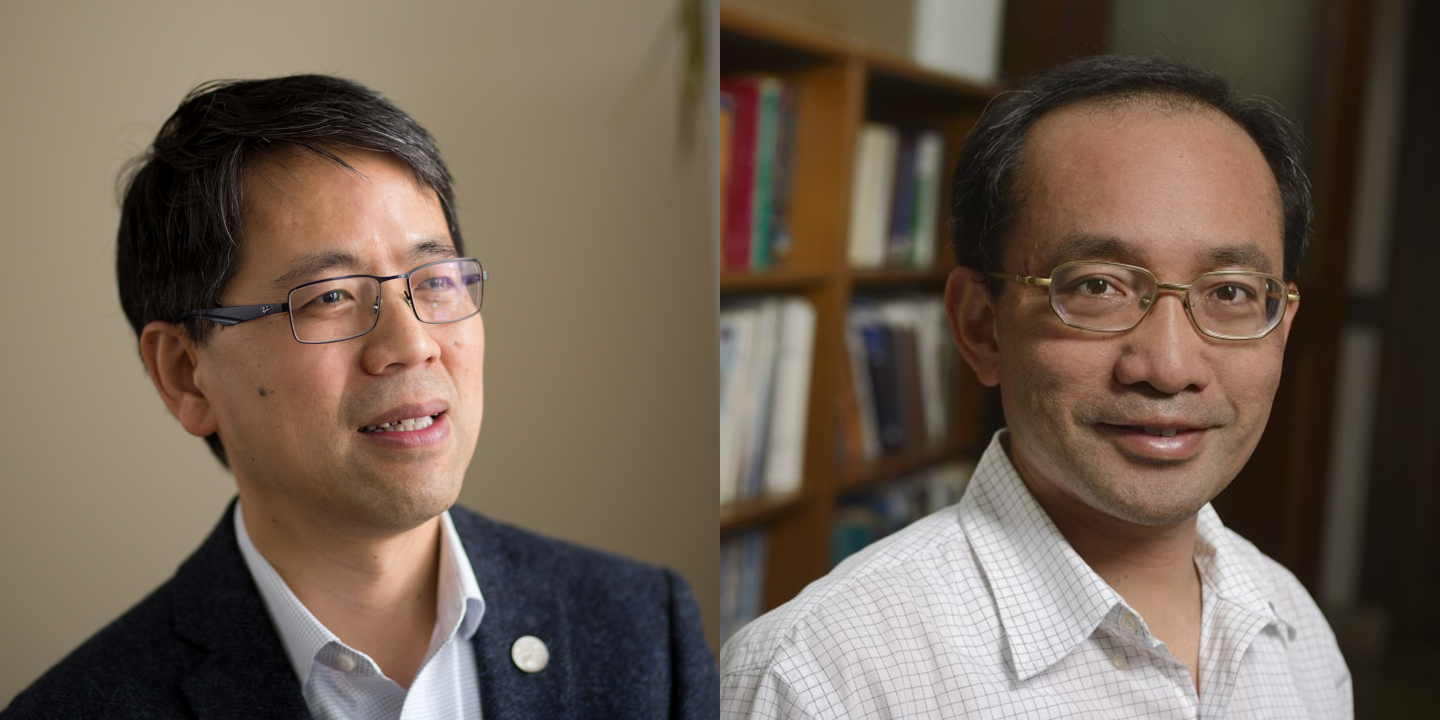 "Being able to quantitatively resolve payload characteristics of mRNA LNPs at the single particle level has never been done before. We are intrigued by the substantial presence of empty LNPs, and by altering formulation conditions, a single nanoparticle can load as few as one to as many as ten mRNA molecules." said Mao, professor in the departments of Materials Science and Engineering and Biomedical Engineering at the Whiting School and director of the Institute for NanoBioTechnology.

The team's results are published in Nature Communications.

"There are a lot of groups doing LNP research," Wang said. "However, when they discover a formula that might work well, it has been hard to associate those discoveries back to the composition and payload distribution of the nanoparticles. With this platform we can provide a more comprehensive understanding on what is happening at the single particle level."

More research is needed to learn how many mRNA molecules per LNP capsule is optimal for the most effective treatment. However, the empty LNPs revealed by the new platform show there is a need to improve methods for packaging the mRNA inside the LNPs.

Mao and Wang say that their platform shows that it has the potential to not only be used at all stages of LNP-related research and development, but also in the development of other drug delivery systems and quality control measures at the manufacturing stage. The team has filed a patent application covering the technique and is working with collaborators to use the platform to analyze other types of therapeutic cargos in diverse nanoparticle systems for treating different diseases.

"The FDA has recently addressed the need for better quality metrics in nanoparticle design in the pharmaceutical industry," said Michael J. Mitchell, a leading scientist in the field of LNP research and Skirkanich Assistant Professor of Innovation in the Department of Bioengineering at the University of Pennsylvania. "This will become increasingly more important as mRNA LNP technology expands beyond vaccines into new therapeutics that are administered into the bloodstream, which have very stringent requirements. The new detection platform developed by Drs. Mao and Wang's team is a potentially important step forward in addressing needs at the research and regulatory phase, and can potentially aid in the development of mRNA LNP technology beyond vaccines."